I’ve realized that most of the articles on #menswear I stumbled across in the last few months somehow deals with "the end of the suit", "death of the dress code" and other macabre-sounding (at least in the fashion context) events. Well, there is a lot of truth in those claims, but… every cloud has a silver lining.
Author: Mateusz Tryjanowski 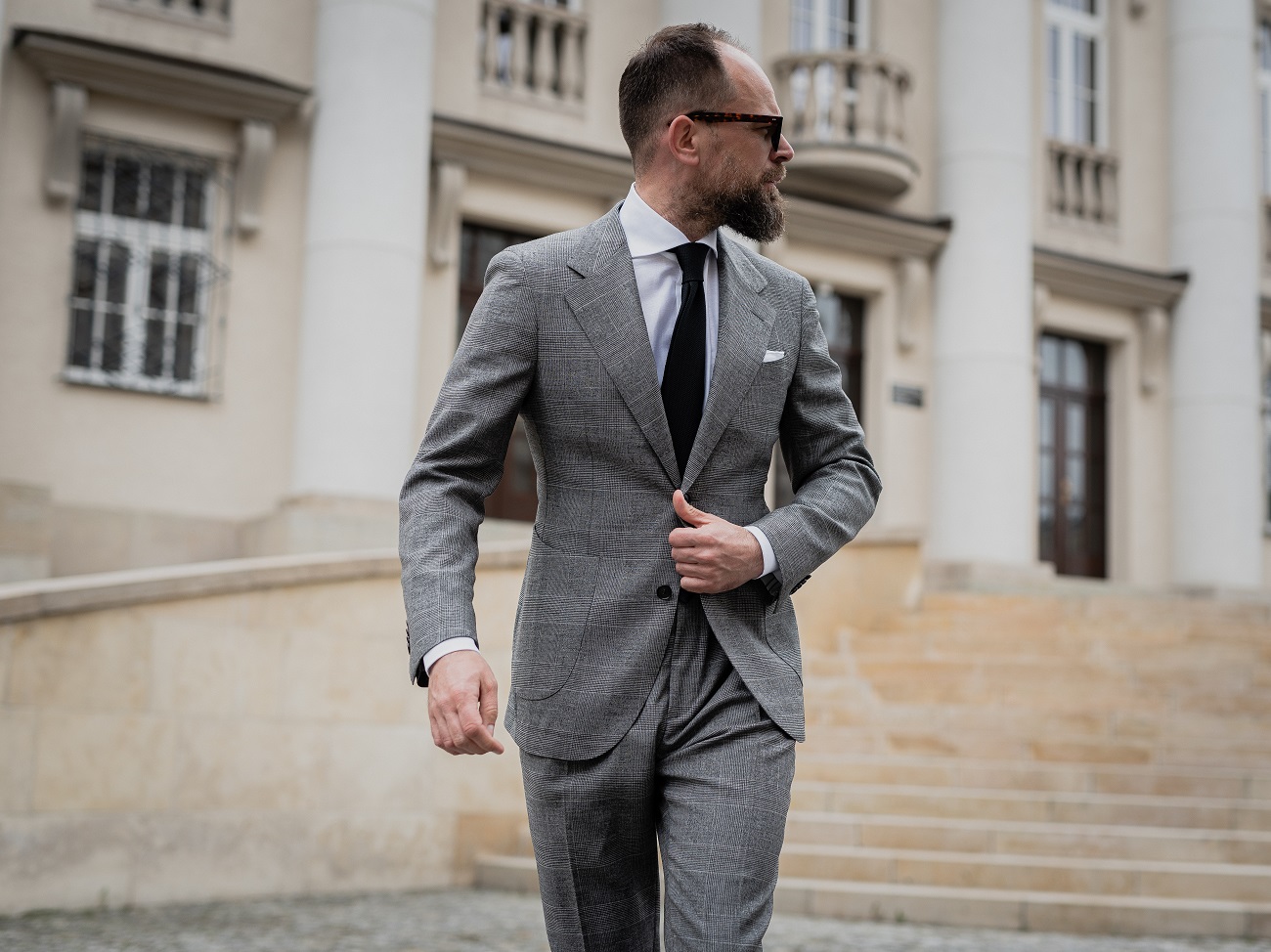 Actually, I will not even try to argue with the authors of these opinions - why would I, if they are generally right? Yes, the suit as we know it is slowly dying, withdrawing from public life and saying goodbye to the masses. It is being seen less and less often, and then, if anything, it rather evokes sympathy, not real respect and admiration. 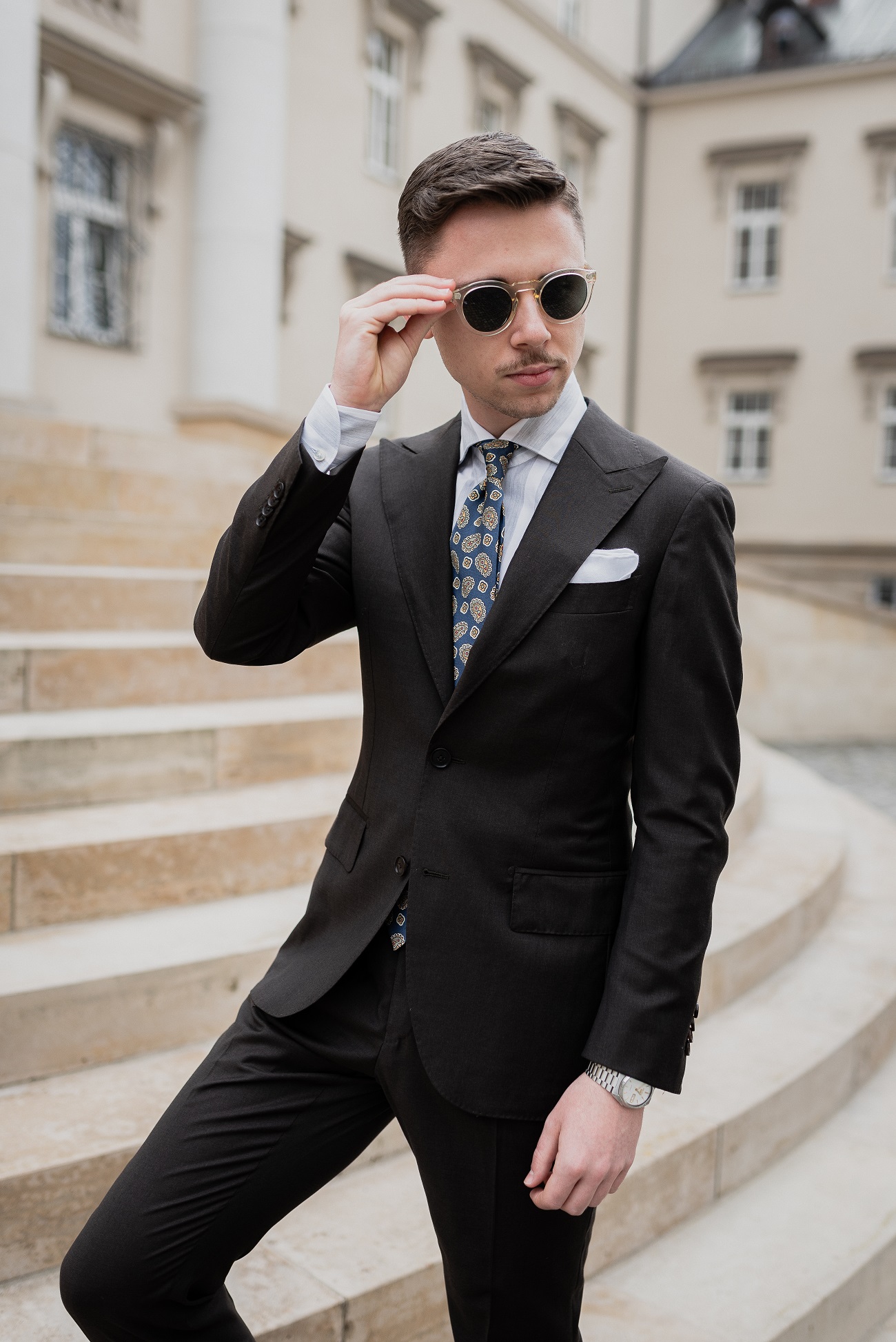 Holding on to the old age metaphor - such an end had to come, we just didn't know how soon it would happen. The sudden deterioration was caused by accompanying diseases, i.e. - pun intended - the COVID-19 pandemic, which accelerated the processes already in progress. What for some is synonymous with men’s fashion degeneration and pure evil - athleisure, joggers, sneakers - was already present before, just less evidently. However, when work moved home, meetings happened mostly in the virtual world and comfort became the no.1 priority, the tides have finally turned.
Should we be surprised? Not at all. After all, we know that crisis events always tend to change the way we live, not only in the short term but permanently, at least to some extent. Some things are just happening faster than expected - like e-commerce market that leaped 5 or so years ahead - while others slow down - such as environmental and responsible consumption trends, suppressed by restrictions and the need to produce more waste in in the form of e.g. hygiene products, additional packaging or all types of disposables.
Despite the often repeated two steps forward, one step back pattern, we still move in the one direction: progress. Sometimes sustainable, sometimes at any cost, but always some kind of development. I will not be diving deep into this topic here - because I believe that you neither should resist changes nor accept them uncritically - but I would like to mention that I am in for moderate skepticism being neither a social conservative nor a so-called early adopter of new trends. I think that such an attitude pays off, even in our beautiful bubble of people fascinated by pretty clothes, also known as #menswear.
Fortunately, not all the things that are pushed out of the mainstream and left behind by progress disappear entirely - many of them simply end up on the margin, where they seem to be doing quite well. Actually, often better than before, because such a niche position has its undoubted advantages, usually allowing to focus on quality and appreciating it more. I’d call it a kind of market (fashion?) darwinism - if there is no longer a place for a product in a wide range, its weakest forms, ones that are the least attractive and the most boring, with no real supporters, die first. The strongest survive and adapt to the new reality. 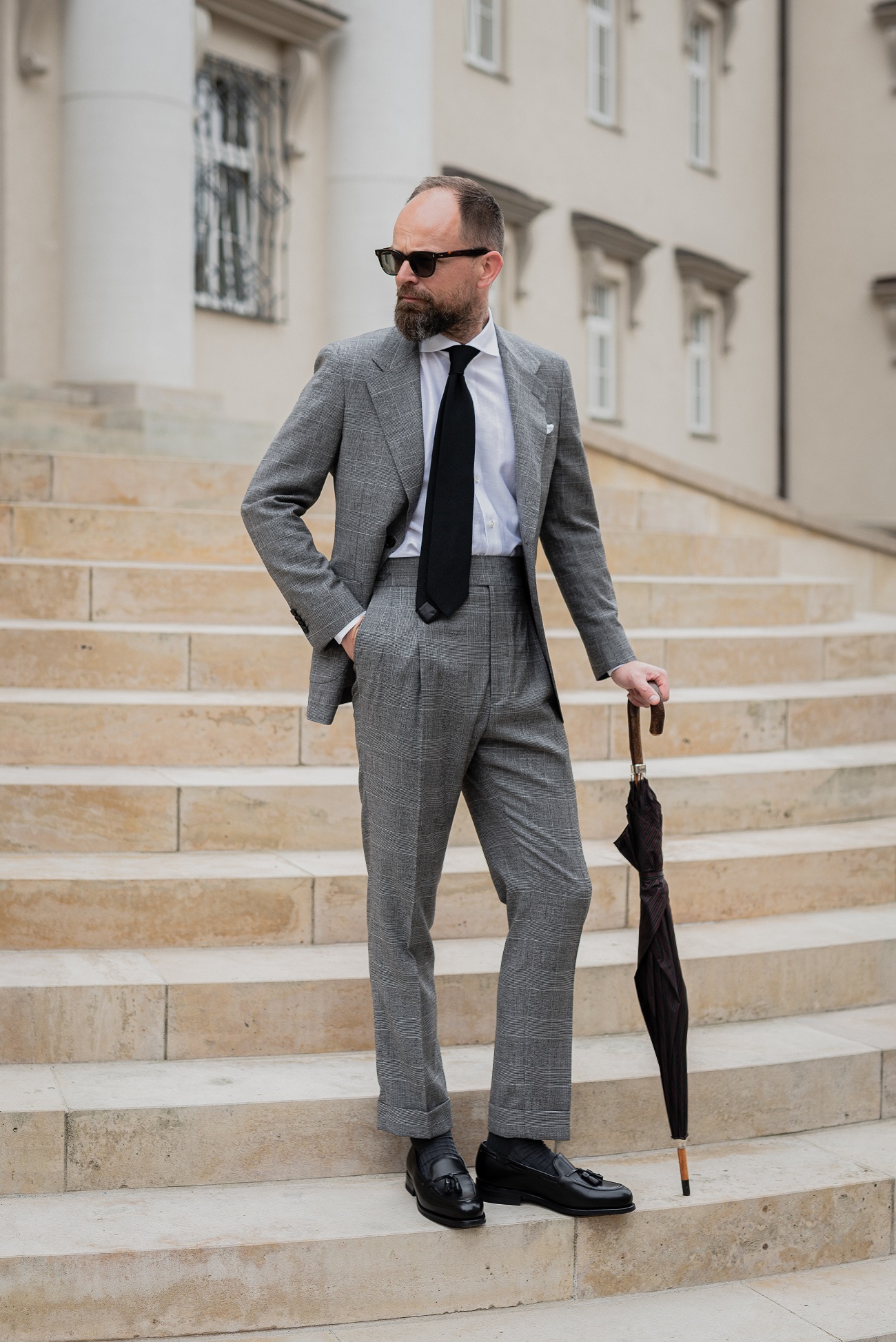 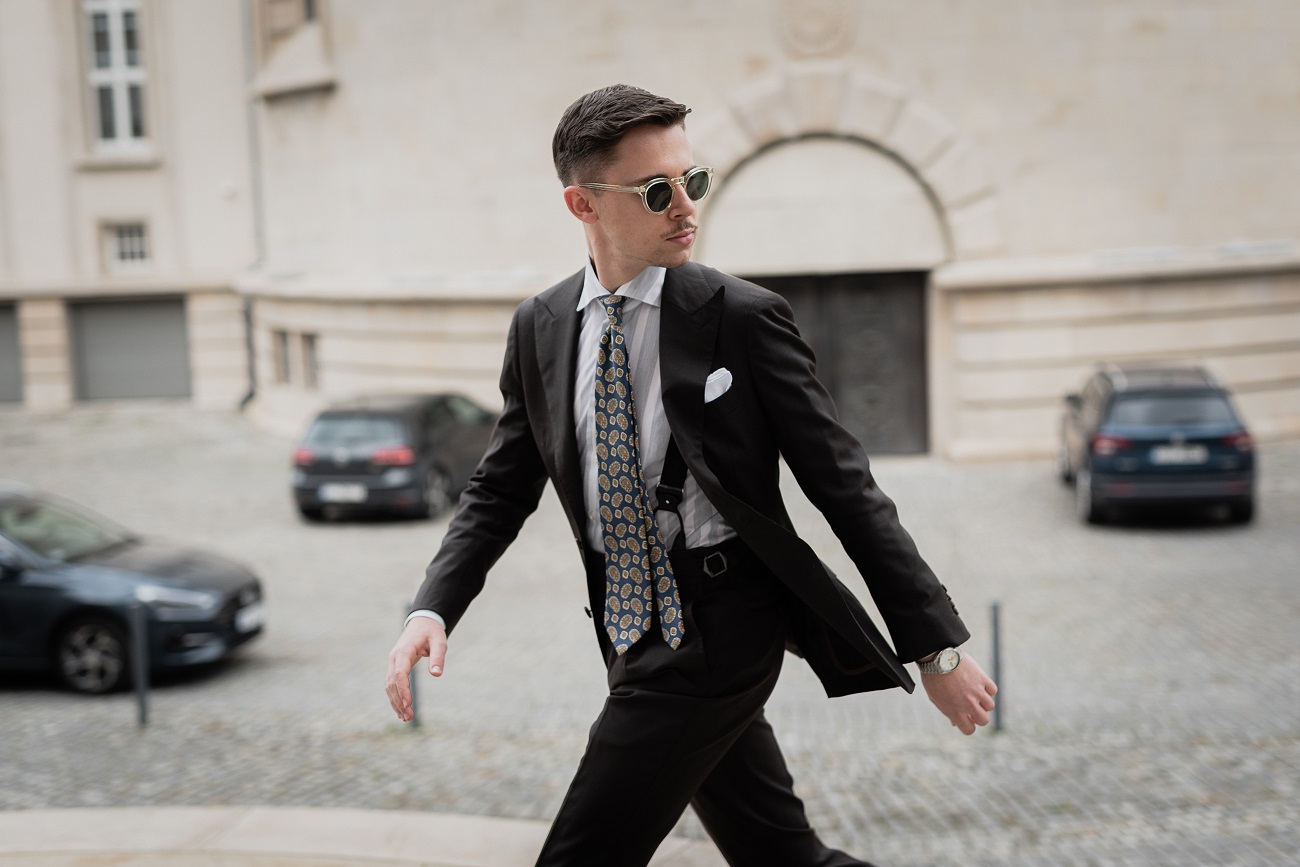 I would say this is what best describes all those industries which end up targeting hobbyists and/or people who only need some luxury goods purchased from time to time, sometimes just to show-off and sometimes for their own whim. Putting it in the wider context - it seems that this will happen with cars (pro-ecological movements will not kill classic cars or luxury SUVs markets - the former fortunately, the latter not so - but mainly cheap daily beaters bought for a dime) and with meat industry (pro-animal movements are fighting mainly industrial farming while the good-quality, ethically farmed meat eaten in small quantities will be there for a long time to come). In total, whoever wants to, can still consume their favourites - only sometimes having to try harder and pay a larger sum, but a one justified by the characteristics of the product. It probably won't be surprising if I say that the same will eventually happen to the suit.
After all, the suit that we painted as an old man on his deathbed is a boring, compulsory, corporate suit - not a casual, sophisticated - and for lack of a better term - sartorial suit. The latter, to be honest, is holding up quite well and does not seem to be in any real danger in the near future. 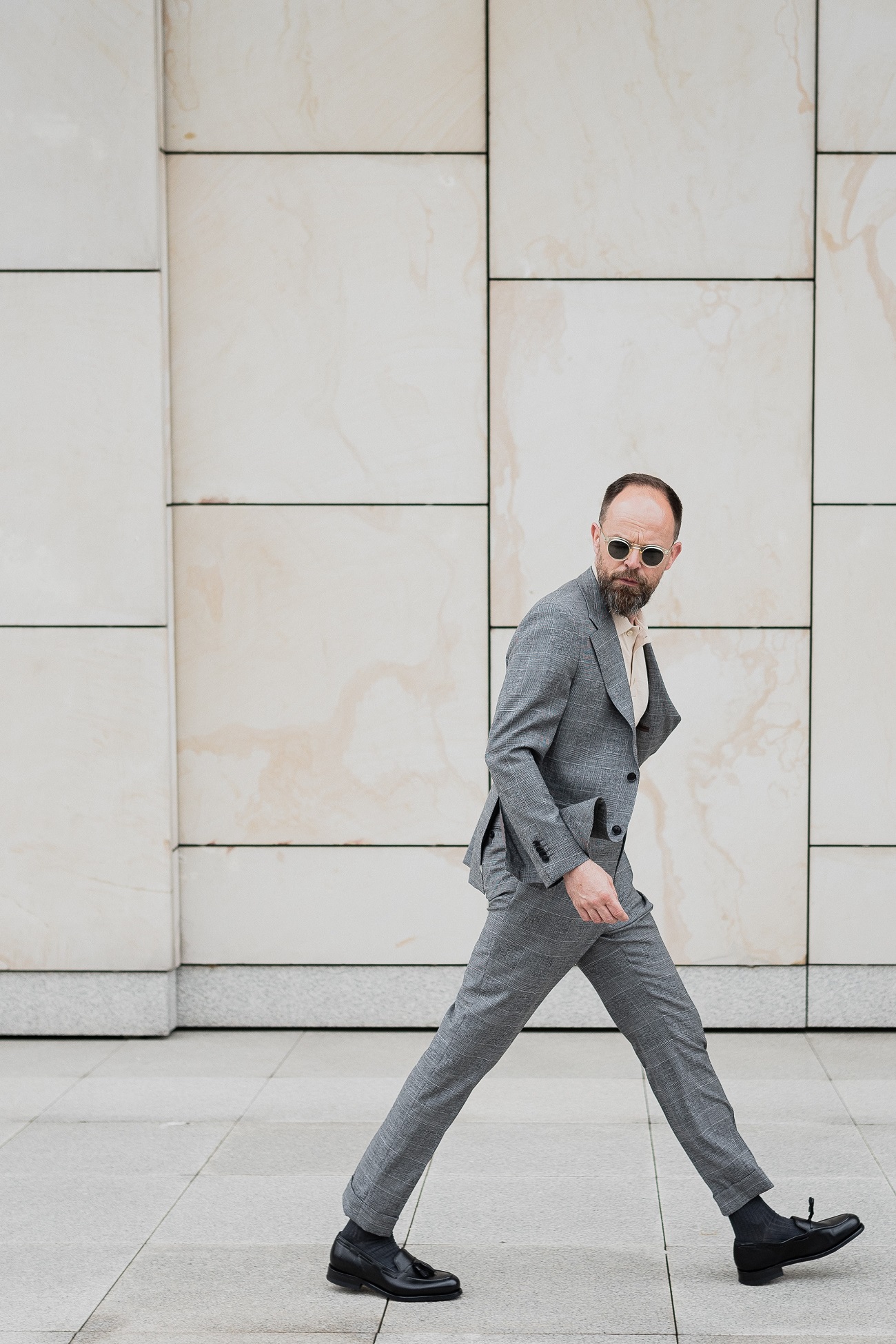 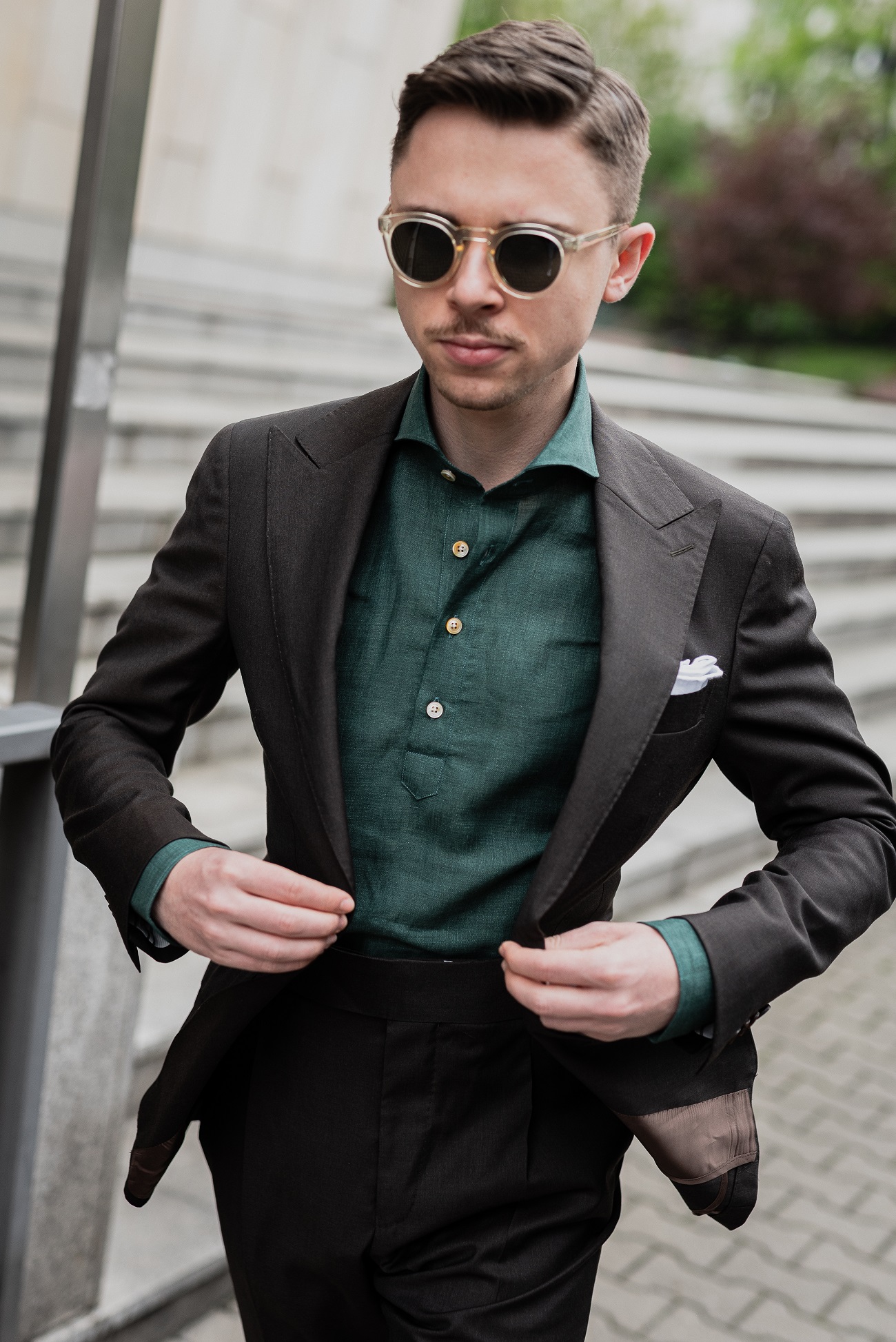 Its position will remain strong as long as there are people willing to wear it - and it won't end soon, I am sure. More importantly, this is not only about hobbyists, fans of dressing too elegant on a daily basis - as there are too few of them - but rather about those who still need a tool, a special task uniform, something that will make them look like the best version of themselves. As long as the archetype of the male figure is an inverted triangle and we think of the trousers with a matching top as a default elegant option, the suit will be there to stay, especially as a first choice for formal occasions. No other outfit could shape the wearer's silhouette in such a way, no alternative is so embedded in the (at least Western) culture as an equally serious option.
The widespread casualisation and the retooling of the suit into a non-everyday outfit did not take away its dignity - that's good! Even better - they gave it freedom, loosening the framework in which it must fit, simplifying the social context a bit. They allowed it to be modernized, personalized and used differently.
I would even venture to say that the suit is now tending to be interpreted as a bit of a loose idea, not a closed and strictly defined form. The main objective is to keep the frame of a 2 or 3 piece set, consistent in terms of color and fabric, while playing with its construction, details and patterns. The goal is to take advantage of all the advantages, while getting rid of the limitations, both in terms of comfort and style.
Since it can be more comfortable and more to the wearer's taste, that's good, right? Yes - just keep it within the boundaries of the good taste!
Of course, good taste is a broad concept, but it can be somewhat summarized and defined as suiting the wearer (his style, his looks, his sense of aesthetics) and the situation. Strongly subjective, but evaluable.
However, I see no reason to complain that the suit does not look exactly the same as it did, let’s say, 50 years ago. One is that we do not realize how crazy the creations have been throughout the entire 20th century, and the other is that it is exactly like complaining about today's youth. What is now is not objectively worse than what was back then. Instead, you have to remember that it is set in a specific context and difficult to understand when viewed from the wrong perspective.
I guarantee that nowadays you can look as good in a red or green suit as you would in a gray or navy one - in fact, I could even imagine a pink or yellow suit looking fully appropriate - the only question is who, when and where. In fact, even so much hated black suits can be worn outside of the evening parties and funerals - but let’s leave this topic for another time as it deserves its own article.
In conclusion, there are only more or less universal options - but since the number of situations where you have to (be wearing a suit) decreases in favor of the number of situations where you can, then… the problem basically disappears and more opportunities to finally dress your way arise. 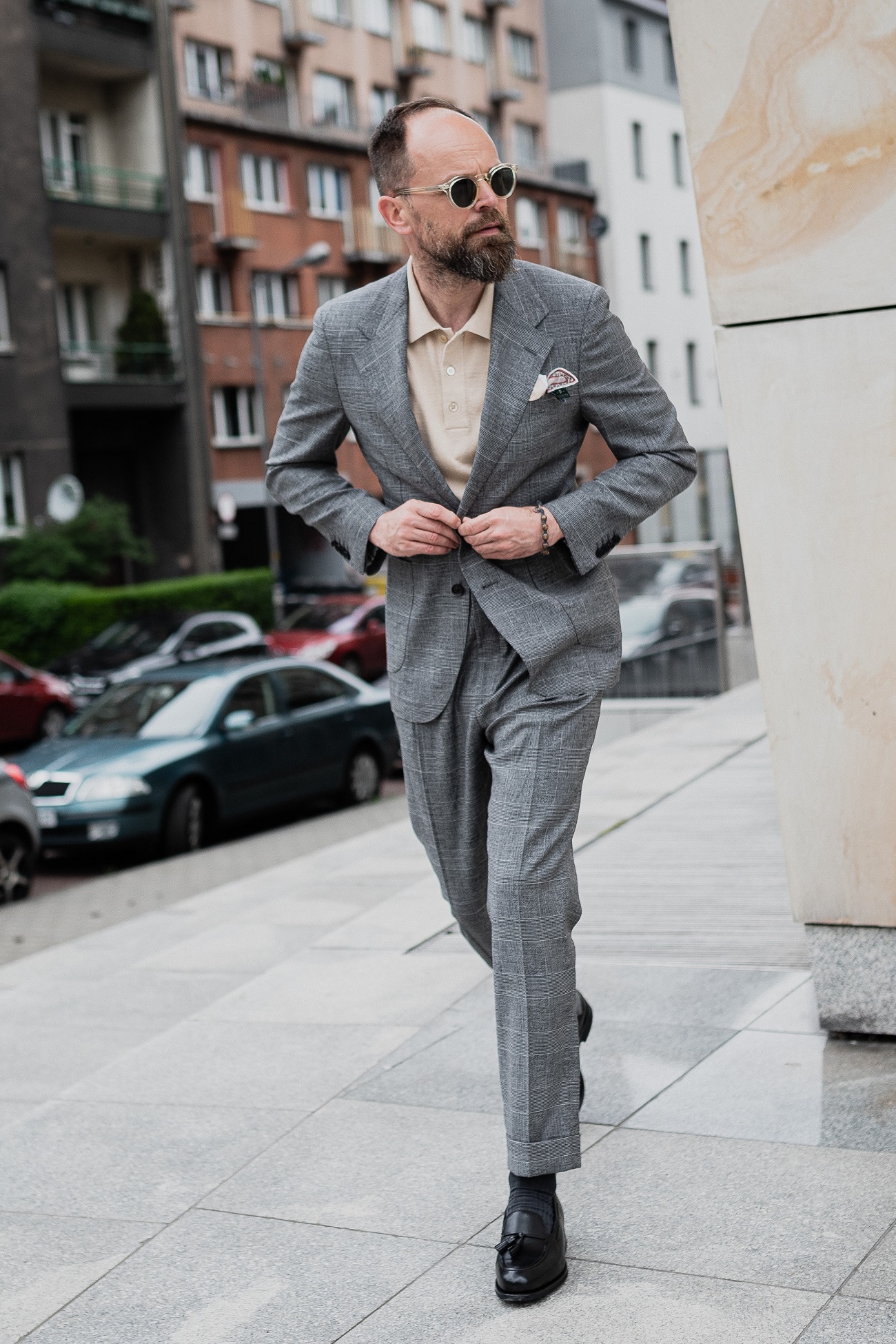 Just remember - express yourself, but not overly so. Being yourself does not mean putting your outfit in the spotlight - especially if your bride would have to be standing next to your suit. 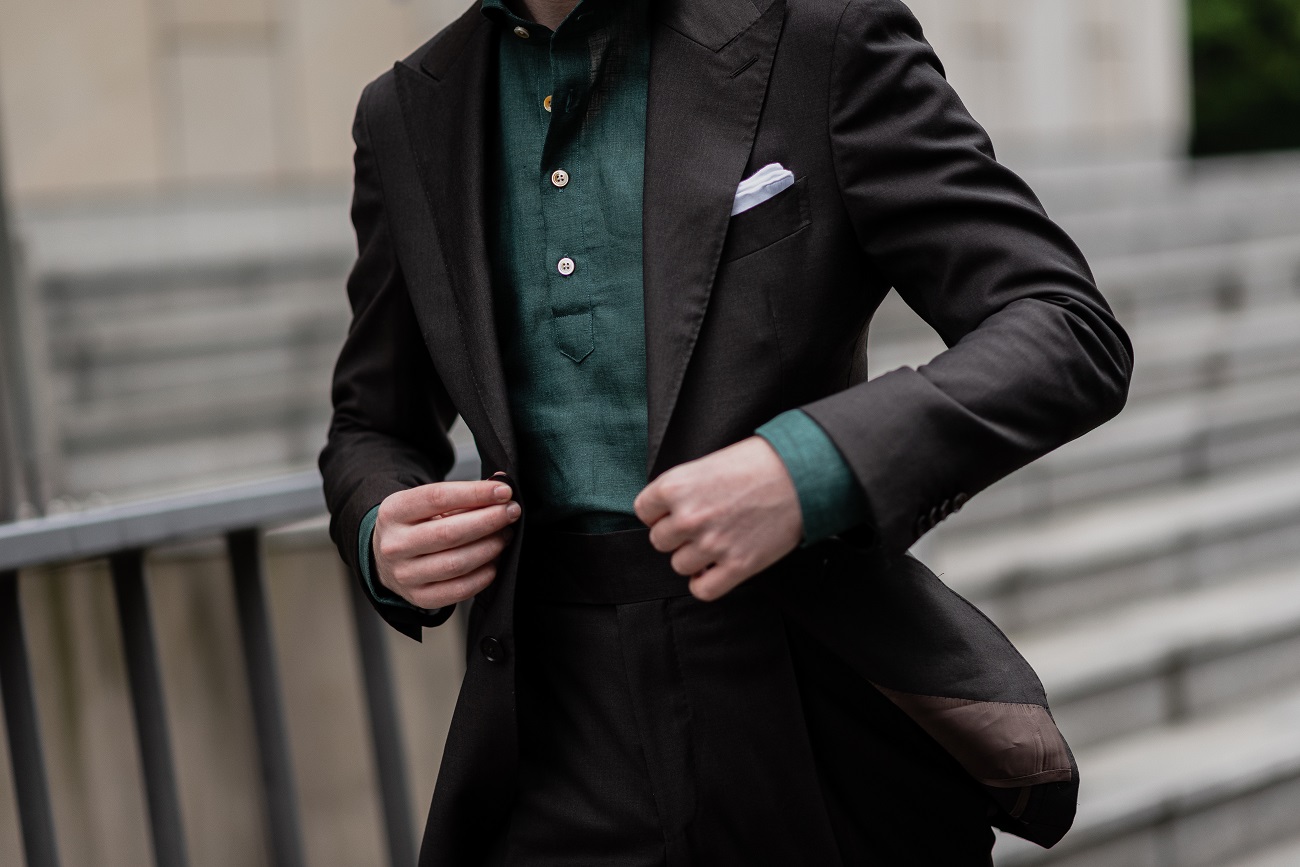 4.89 / 5.00 2881 reviews
IdoSell Trusted Reviews
2022-07-01
incredible quality and finish
2022-06-18
Great
View all reviews (2881)
This page uses cookie files to provide its services in accordance to Cookies Usage Policy. You can determine conditions of storing or access to cookie files in your web browser.
Close