What kind of jacket is it? Does it even have a proper name? Yes, we are talking about the Urban Jacket, the most unusual piece of tailoring in Poszetka’s latest collection.

"The most unusual" is a strong term - but isn’t it suitable for a thing that does not even have an official, widely recognized name and cannot be exactly classified?

The lack of construction and some characteristic features of the cut does not allow it to be called a sportcoat, and the adaptation to wearing indoors and the possibility of using it as an intermediate layer rather precludes it from being called a piece of outerwear. So… a jacket, it is. However, in English it is a very broad term - so it does not really help to explain its purpose or design. 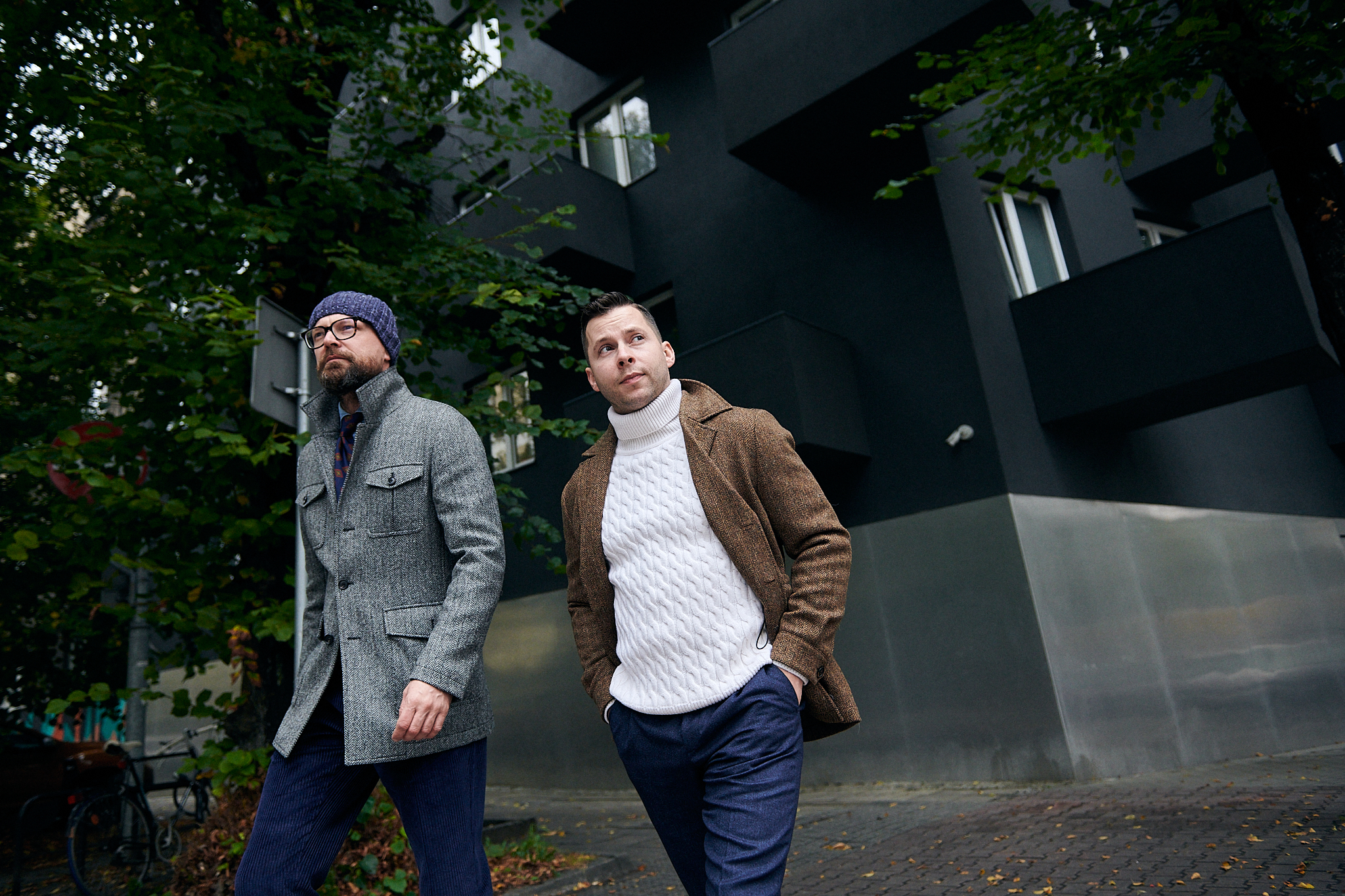 Probably the best would be to compare it to Safari - another piece of clothing that somewhat defies the standard classification, but has nevertheless found its place in the canon of classics and successfully entered many men's wardrobes. Urban Jacket, however, does not have such a long history and is definitely more contemporary and… urban, if that makes sense.

The lack of connection with hunting - or more broadly, the entire culture of sports and entertainment for the high society and the aristocracy of the old world - must be considered an advantage in this case. It is not possible to call this piece "old-fashioned", "posh" or "bloated". It is undoubtedly fresh, modern and different from most things you know. 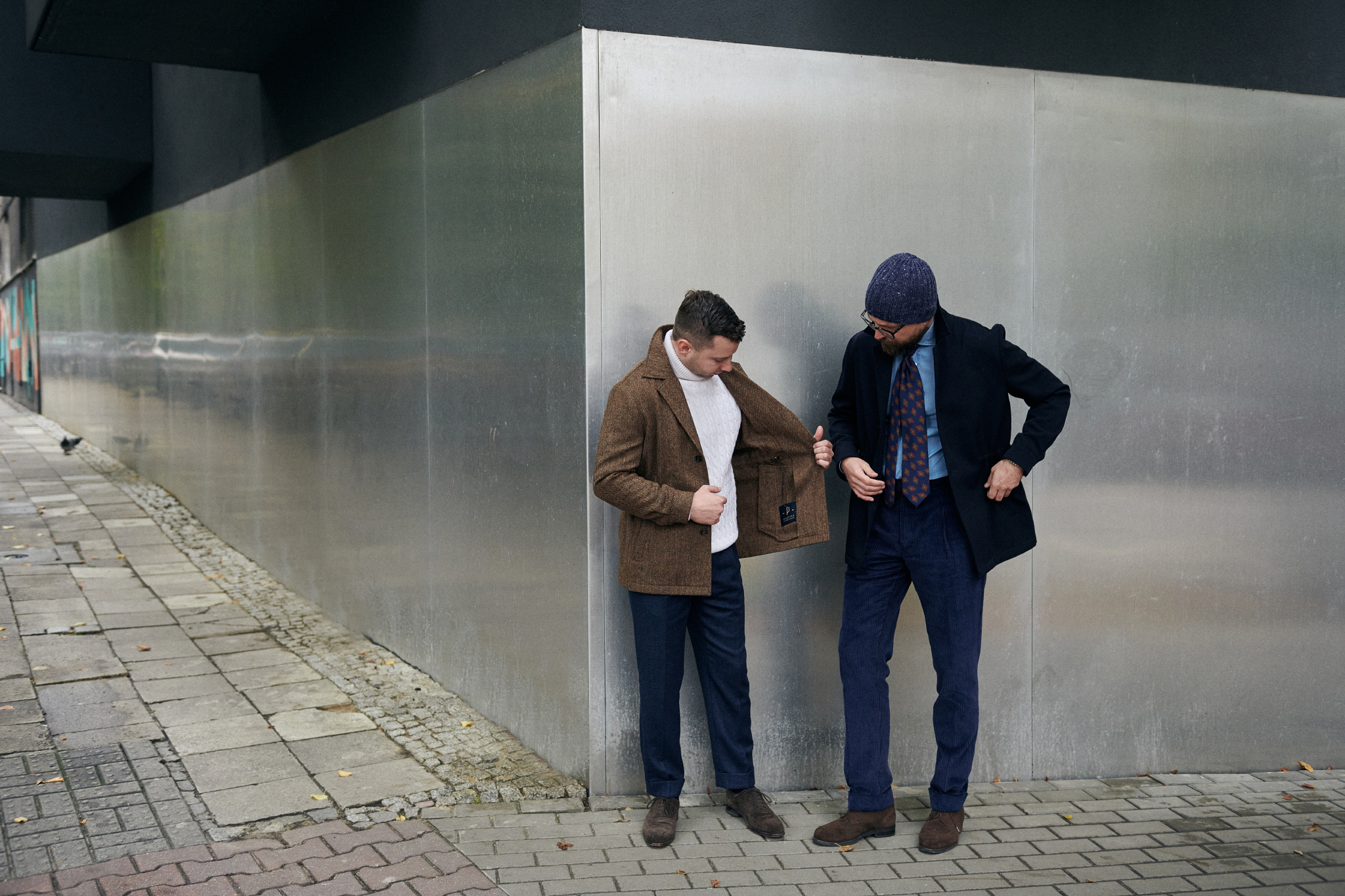 It is worth taking a moment to digress about the origins of various clothes and its influence on style to better understand what we are really talking about. Well, for centuries it was natural for fashion to move downwards in society - trends came from up high. However, since World War II and the counterculture of the 1960s, inspiration began to flow upwards as well. Fashion has become more egalitarian, simpler and more function-oriented, especially in the case of everyday clothes. Casual took over.

And so, while classic menswear styles have many elements that once had their use (lapels, buttonholes, surgeon cuffs, etc.), today they remain only rudimentary ornaments, relics of evolution, devoid of their original meaning - so it all seems stuffy and artificial for many. This problem does not apply to things made mainstream by the 20th century counterculture - jeans and t-shirts have a very simple, maximally practical form. They are affordable, simple to understand and even easier to wear. You don't need to know the context to understand why they look the way they are.

To be clear, both these "old" and "new" clothes have their drawbacks. Still, the biggest problem is usually to combine objective aesthetics and comfort together into one outfit - it turns out to be extremely difficult. Throw affordability in the mix - and now it becomes near impossible to have all three. Usually one will consider this last factor as the most important, so it is fully understandable why the classics are becoming a niche. Do we really want to pay a few hundred percent more for a garment to emphasize the "V" silhouette and a few additional pockets? The answer is what economists usually say regarding every question: it depends. Certainly, every wardrobe has a place for things from both worlds, needed in different situations. 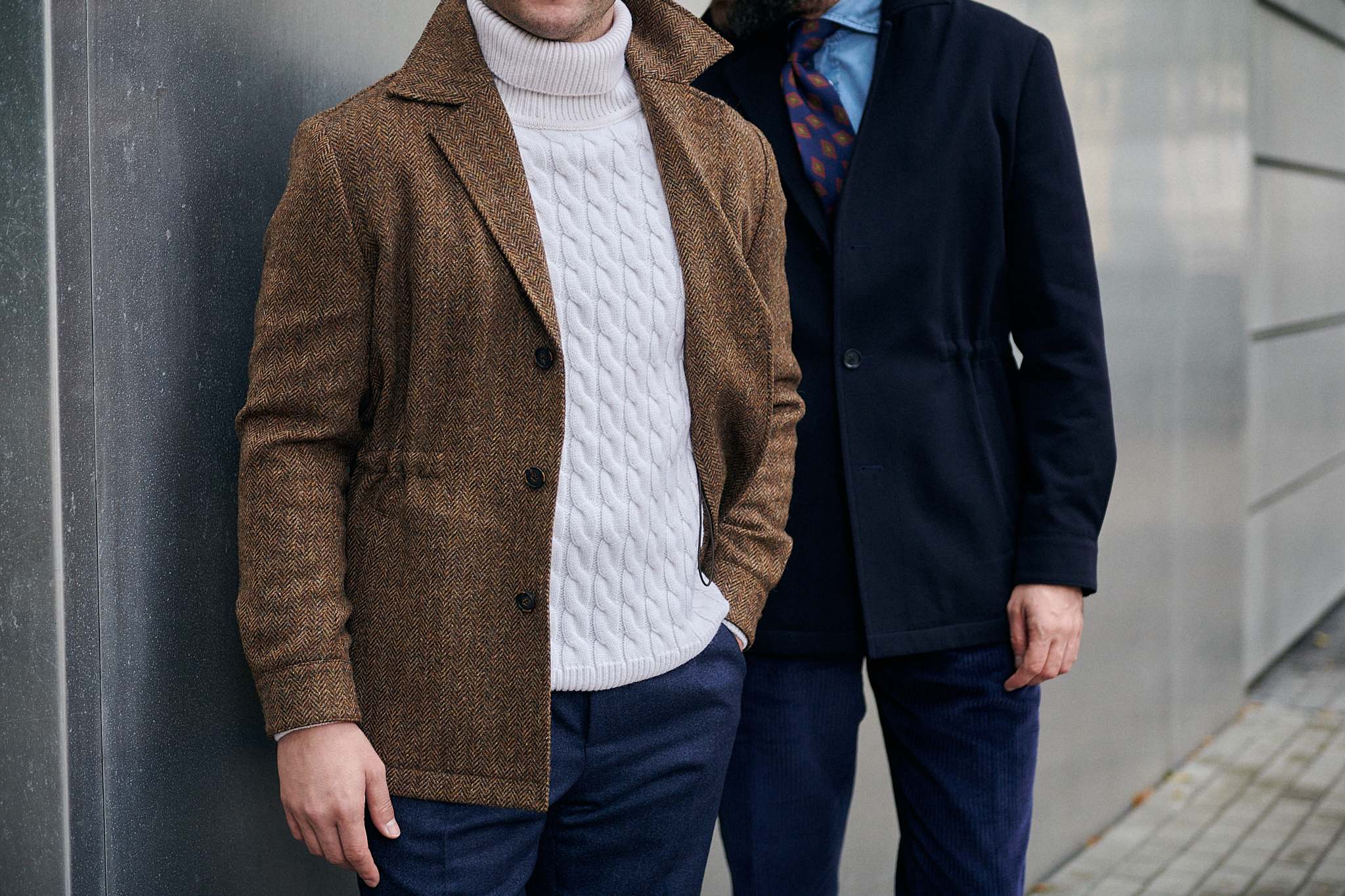 But what about compromises? After all, in the 21st century, nobody sees a combination of a jacket with jeans as weird anymore. Many more “high/low” combos have become a modern classic. Military jackets, in a sense, have become more of an attribute of "sartorialists" than of typical casual street fashion. Sneakers have long replaced traditional, leather-soled shoes. If everything is mixed up anyway, why not try to create something that will already combine what is "high" and what is "low" into a one piece?

And this is the logic I see in the Urban Jacket’s creation. This is a completely new, simple form that does not directly copy anything from the classics or pop culture, but looks for its own aesthetics instead. Sounds intriguing at least, right? 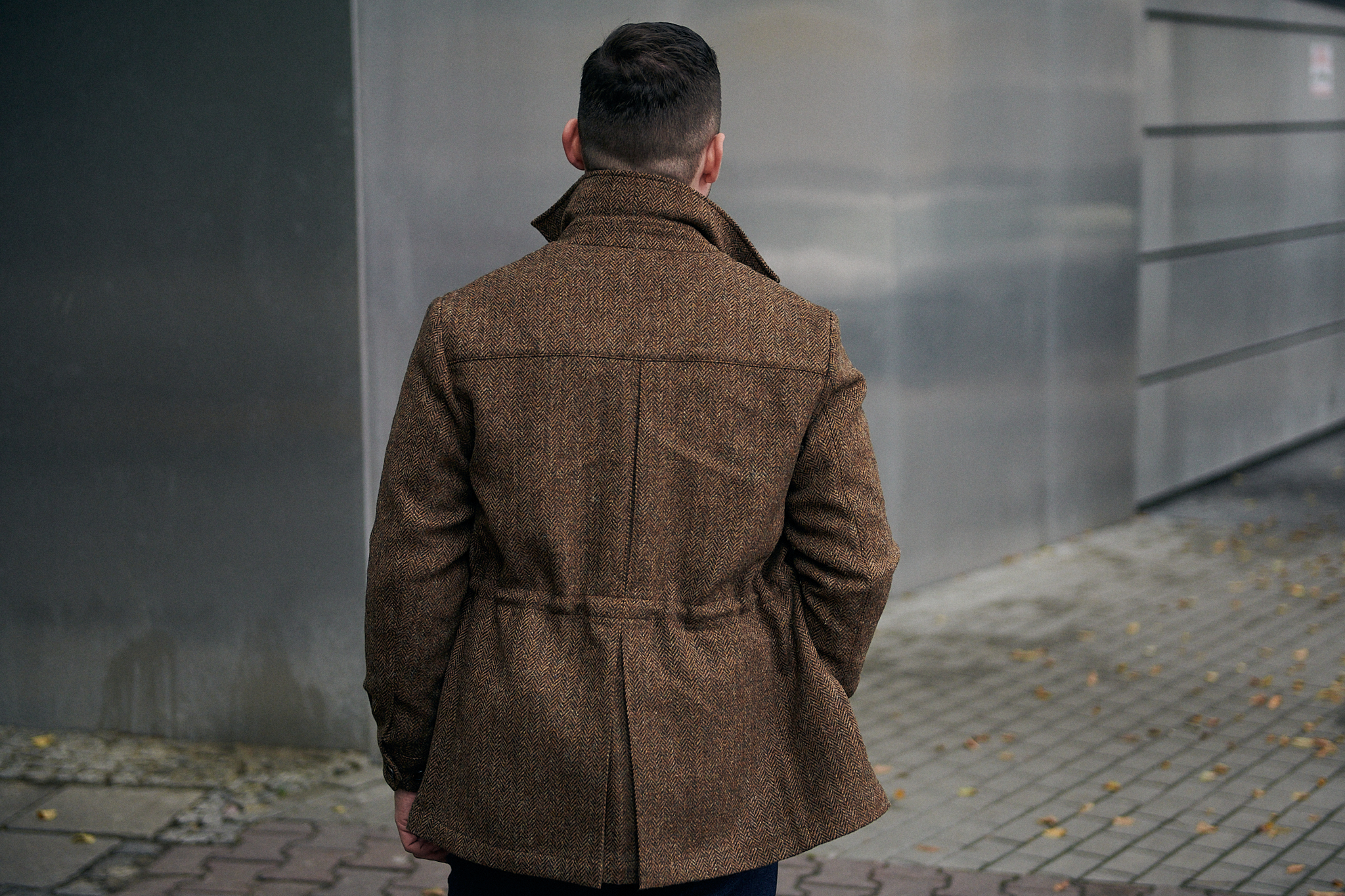 The design is simple - but not overly so. Side slanted pockets can act as handwarmers, the large collar is both a frame for the face and a wind protection. The string at the waist, exactly at the height of the buttoning point, subtly shapes the waist and allows you to gather excess material (especially useful when you want to throw a jacket or coat over the top). That's all, everything.

While compromise-based solutions often fail, this does not seem the case here. The Urban Jacket is exactly what it promises - a modern, innovative and versatile piece. It is neither a sportcoat nor outerwear - but it can replace both, depending on the occasion. It can either be a top layer or an intermediate, suitable for different weather. It goes well with both tailored trousers and with jeans, a thick knit or a shirt and tie combo. 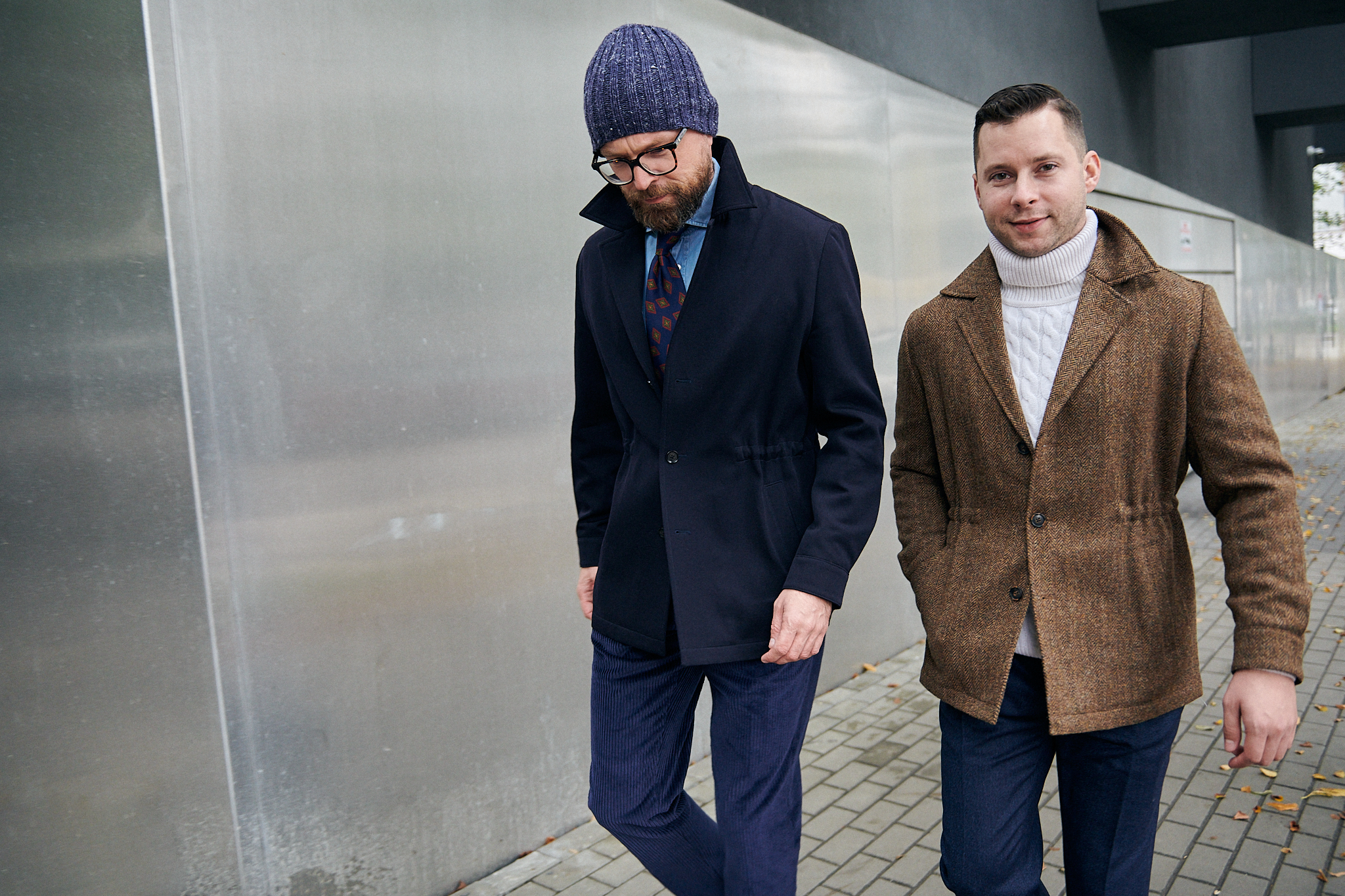 I feel convinced. Are you?