Ulster is the name of an Irish province, torn between Great Britain and the Republic of Ireland ... but also a coat. And not just any coat - the Ulster Coat.

Geopolitics are a rather complicated issue, which is why we will be talking mentioning the name Ulster only in the context of the coat. However, it seems that the ulster coast is actually named after this part of Ireland - probably people there wore clothes that were the ancestors of its modern form.

Some sources say that the ulster was initially a coat with a cape overlapping the shoulders, which served as additional warming. In the Victorian period it was definitely an informal, daily coat, usually crafted from tweed or other rough woollen. Later, already in the 20th century, after the Edwardian period, it lost its cape and slowly evolved to the form we know today. 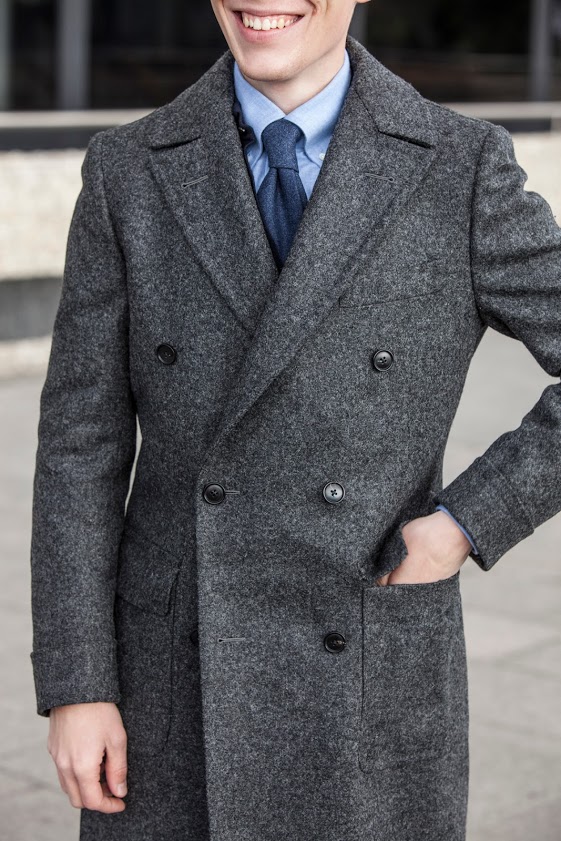 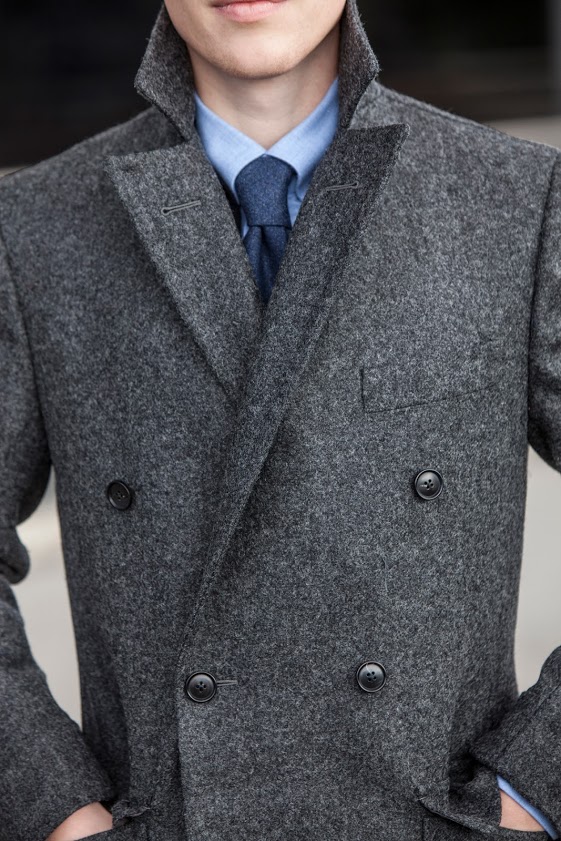 And how to recognize the modern ulster coat?

Every ulster should spot a few distinct elements that make it easily distinguishable from other coats: 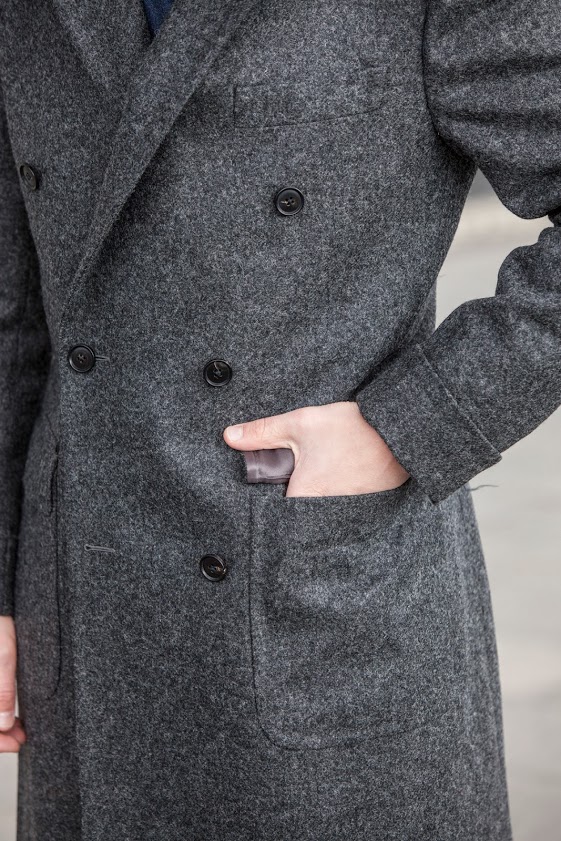 A true ulster should be made of a heavy woollen cloth, preferably tweed, according to its original purpose - it is meant to be a warm and practical coat that protects its owner from harsh weather conditions, wind, snow and freezing cold. 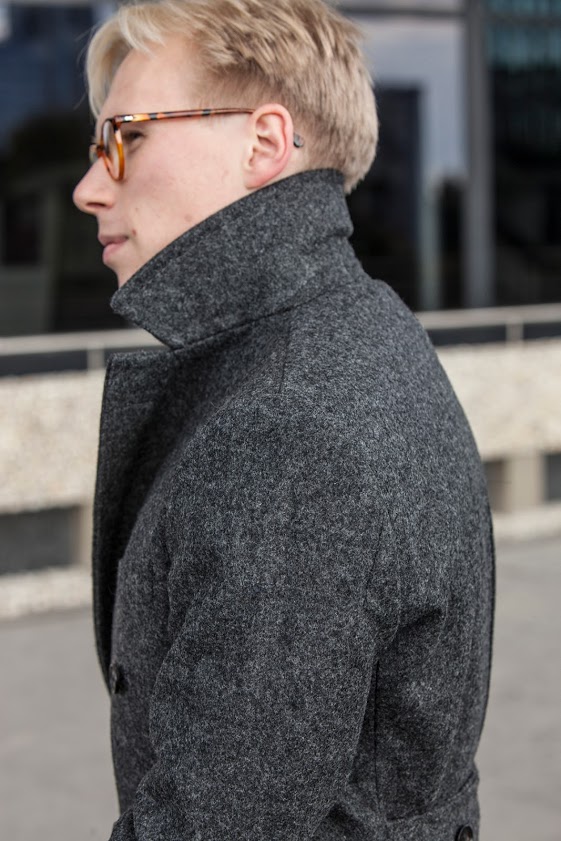 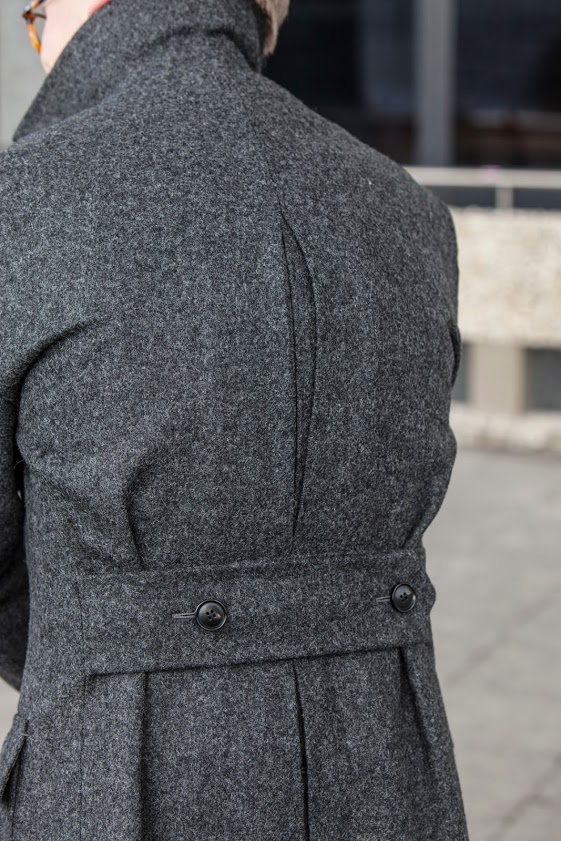 This garment, which definitely dominates the wearer's silhouette, adds seriousness and dignity. It can evoke military associations, not without a reason - after all, for example quite well-known (locally) Polish officer's coats (both those in khaki, land force, as well as those in navy blue, air force) are also quite classic ulsters! 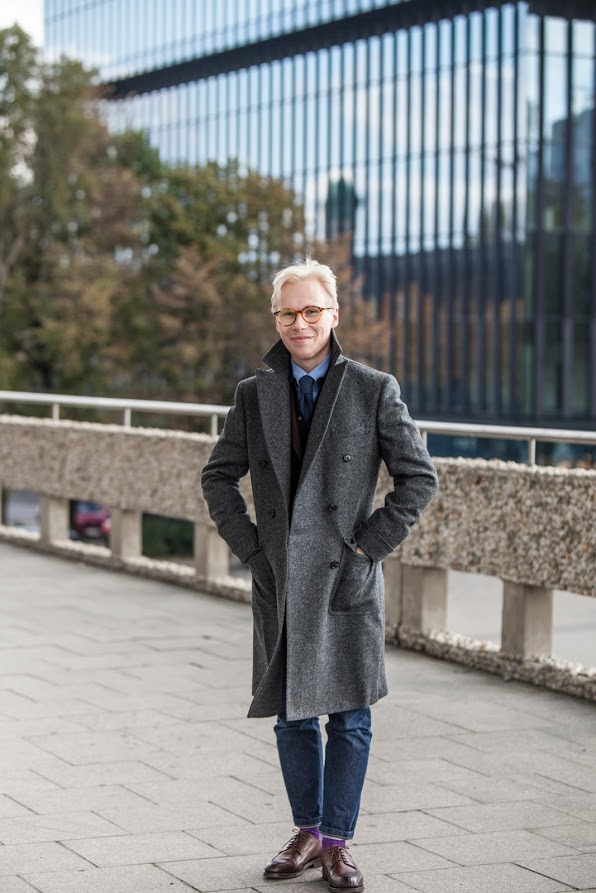 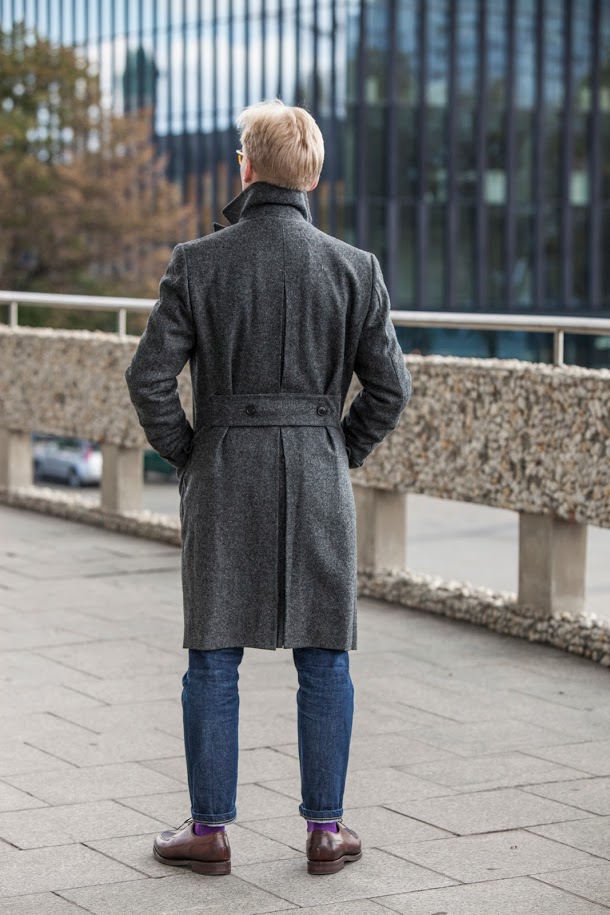 Among the first Poszetka coats there simply must have been introduced such a model. It has all the features that a real ulster coat should have: proper details are in place, the collar can be put up, looks good and serves a practical function, the pleat on the back adds great freedom of movement and provides comfort. The fabric is a real British tweed from Abraham Moon and Sons, with a rough hand and hairy texture. A kind of adaptation of the coat to modern times is the weight of the material - 520 g/meter is rather close to the lowest possible for a traditional coat, but according to today's criteria it is still a rather thick and warm coat. Living in urban conditions, using a car or public transport every day, constantly moving between heated shops, offices and other places, we no longer need as much protection as the Irish from the north over a hundred years ago did. 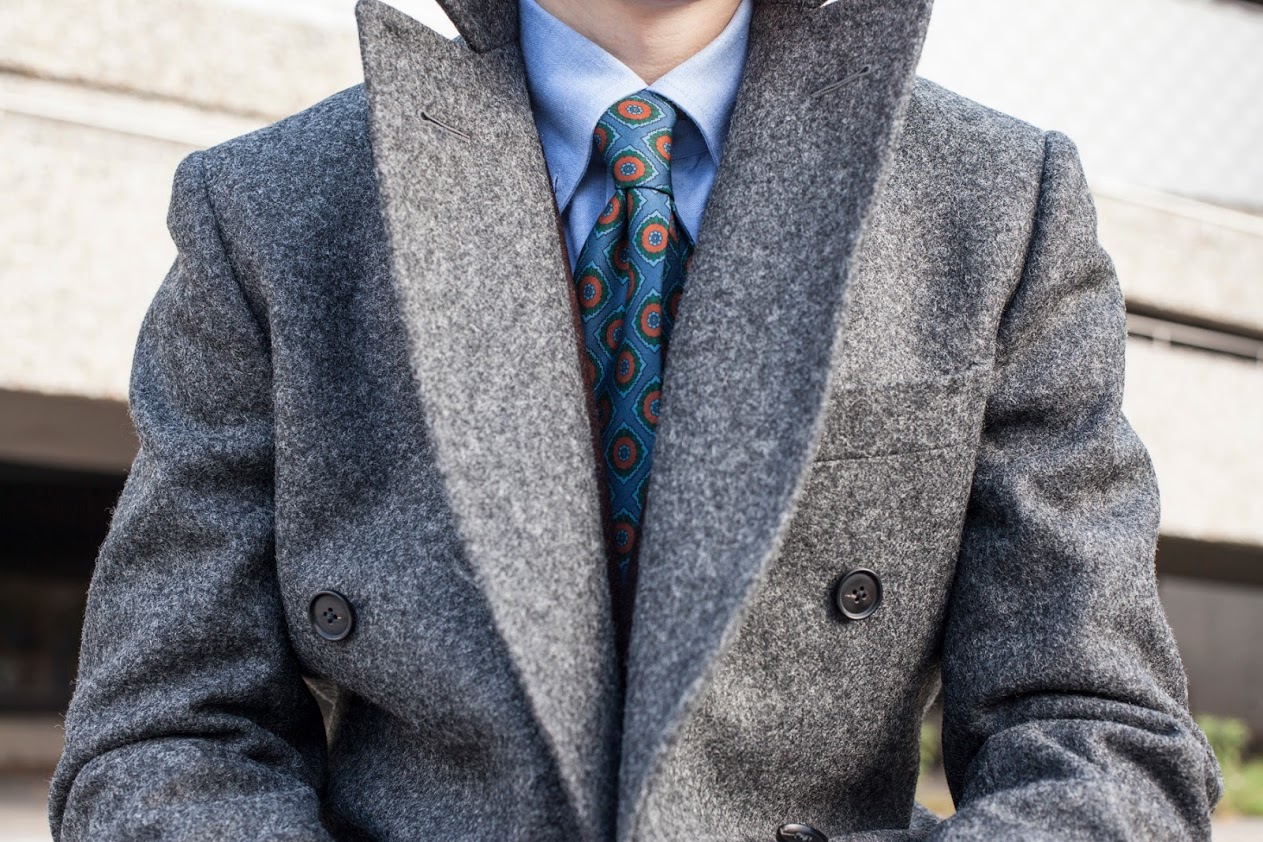 Double-breasted cut in medium gray shade will suit many styles: from classic business dress code(also with a navy blue suit), to slightly more casual sets, Ivy/preppy style, weekend combos with a thick sweater and jeans in the lead role, up to more crazy, progressive-military aesthetics. The ulster coat is extremely versatile also due to the fact that it is not straightforward British - it will be just as fitting in contemporary Italian style as it is with classic British style. Unlike a, for example, covert coat, it won't look out of place with lightweight tailoring and louder colors. 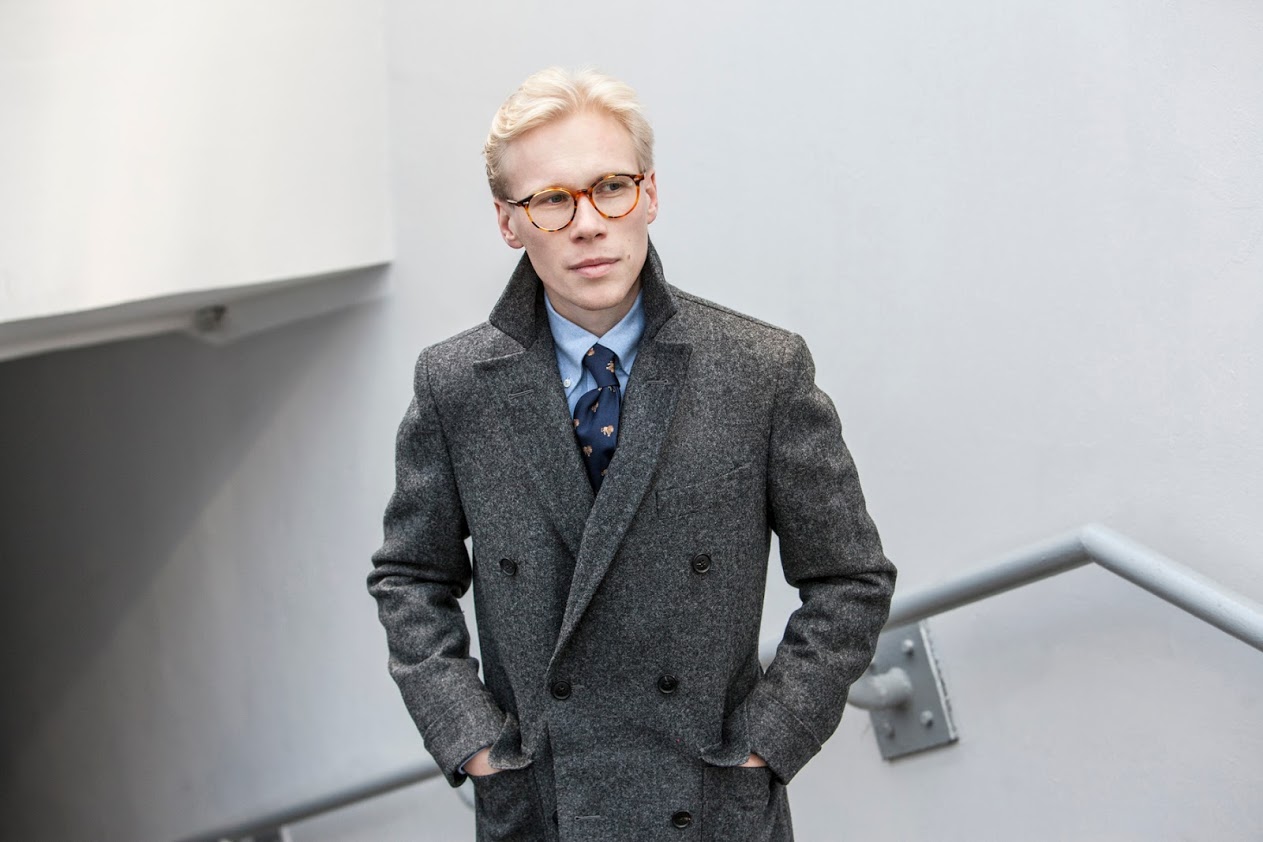 A proper, neutrally-coloured double-breasted coat is a strong contender to the title of the most versatile outer garment for winter that can be. Maybe you would like to give classic ulster coat a chance? 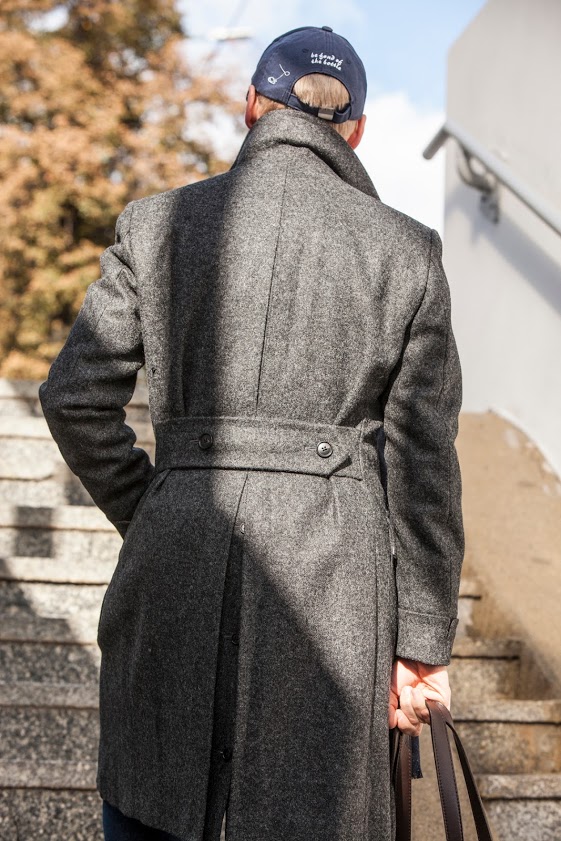 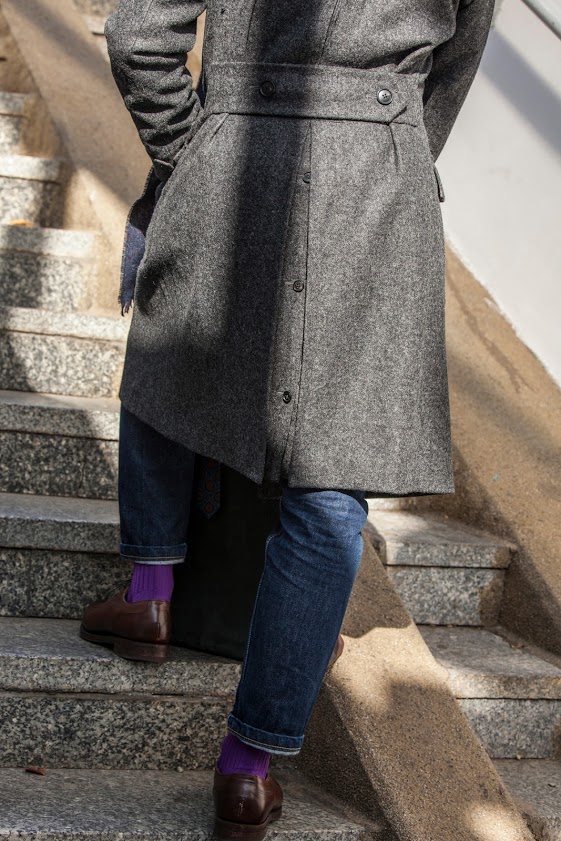 4.89 / 5.00 2334 reviews
IdoSell Trusted Reviews
2020-06-24
perfect and so amazing
2020-07-10
Great value for money
View all reviews (2334)
This page uses cookie files to provide its services in accordance to Cookies Usage Policy. You can determine conditions of storing or access to cookie files in your web browser.
Close