Navy blue seems to be the most popular color in classic men's fashion, currently well ahead of gray. It is the default suit color, be it for work, for wedding or for other important occasions. It is also the color of the most universal sportcoat (the blazer), the majority of elegant ties and, probably, the most popular mens socks. But what about trousers?

Trousers in this color are a much more difficult topic. Except for the obvious choice - jeans, and modern/casual - chino, this color is practically absent. Instead, gray, beige and even other, less typical colors are frequently chosen. In elegant, classic men's fashion, navy blue trousers have not found a place for themselves. 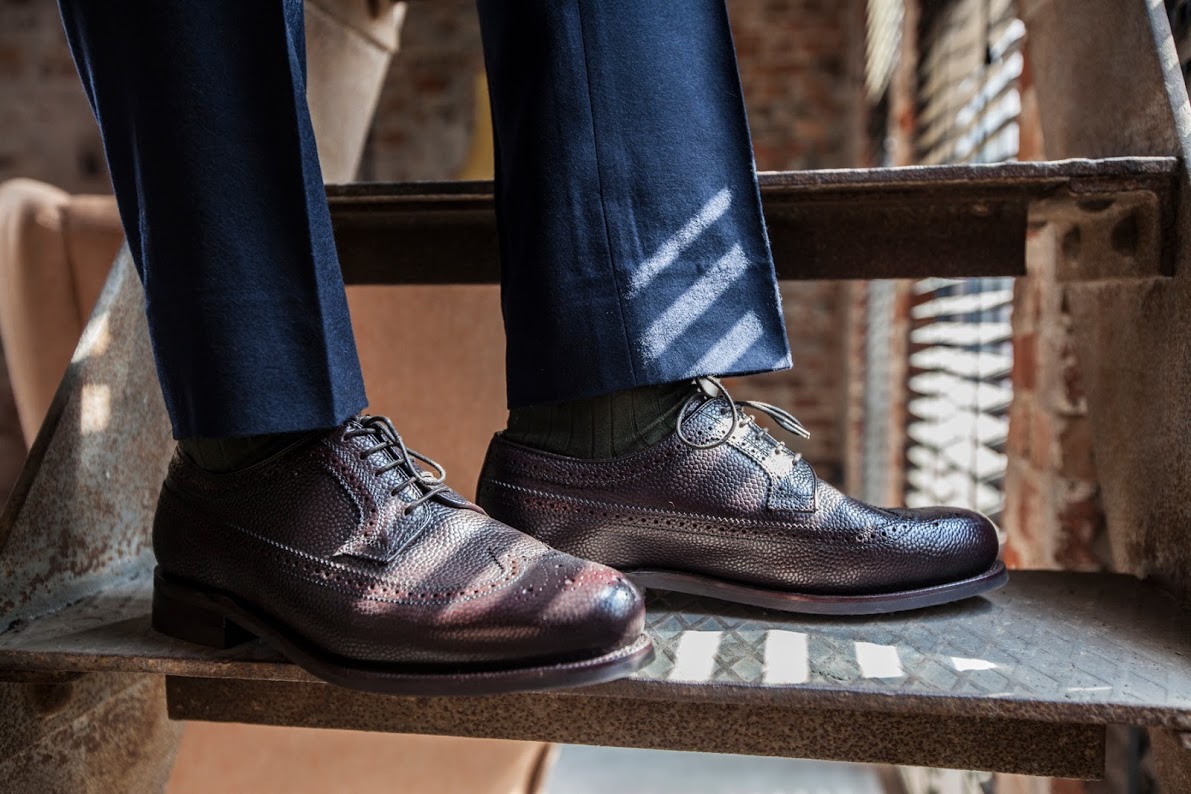 There are several reasons for that, but most of all it's about (un)easy pairing. The fact that navy blue is the most popular jackets’s color already says a lot about it - it's hard to match a top with a bottom in a similar color if it is not a uniform set, a suit. It is similar with other dark colors - the lack of contrast is a big difficulty, building a coordinated set without it is practically impossible.

However, there are two easy solutions (and probably even a few less obvious) for the problem of navy blue trousers. First, inverted contrast. Second, using them outside of the classic coordinated set. 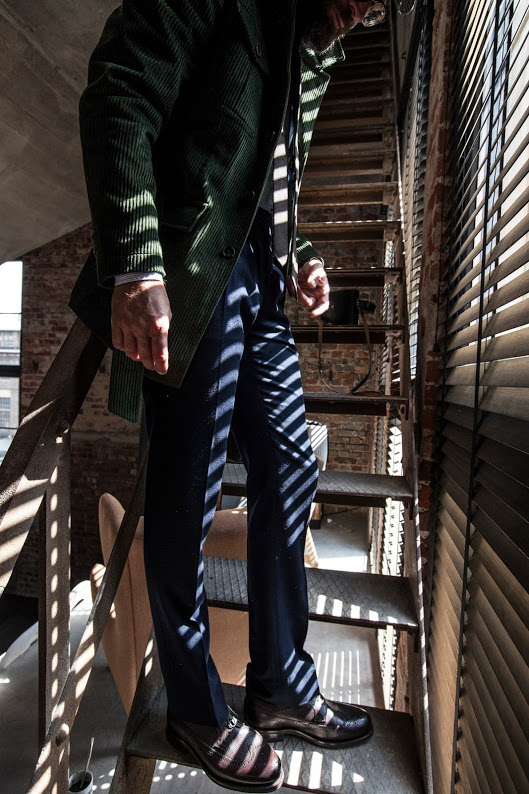 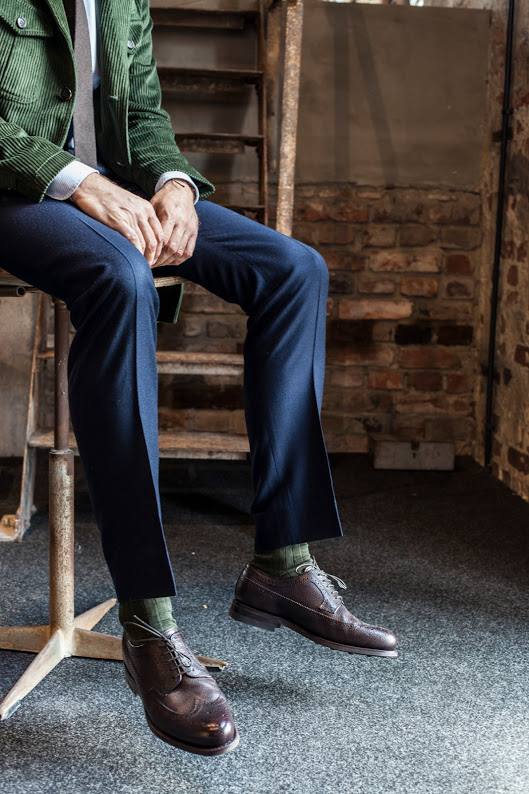 We could go on and on talking about the classic, jacket-based outfits built on inverted contrast, but - keeping it simple - they are just this sets, in which the top is much brighter than the bottom. Light-coloured jackets have been in men's fashion for a long time, both as the options for summer and for winter months (see classic, british tweed jackets). Generally, these pastel shades and light earth tones are especially graceful and easy to combine. Beige, red, light brown, light green and sky blue jackets will look great with navy blue trousers. It is worth to base the outfit on a very light shirt (if in doubt, white always works) and a dark tie, maybe even in a shade similar to the trousers’ one.

And how to use trousers in a classic cut, with a crease, in more casual outfits, sans tie and a sportcoat? You can draw inspiration from jeans, or rather some pairings that look good with them. Military jackets, safari jackets, overshirts - they come in a wide spectrum of colors, just stay away from the navy blue. You can also skip the jacket’s substitute and make it simpler - classic trousers look nice worn without any additional outer layer, with just a turtleneck or other sweater. In a navy trousers case, we recommend choosing knits in gray and cream shades, but vivid colors should also work. 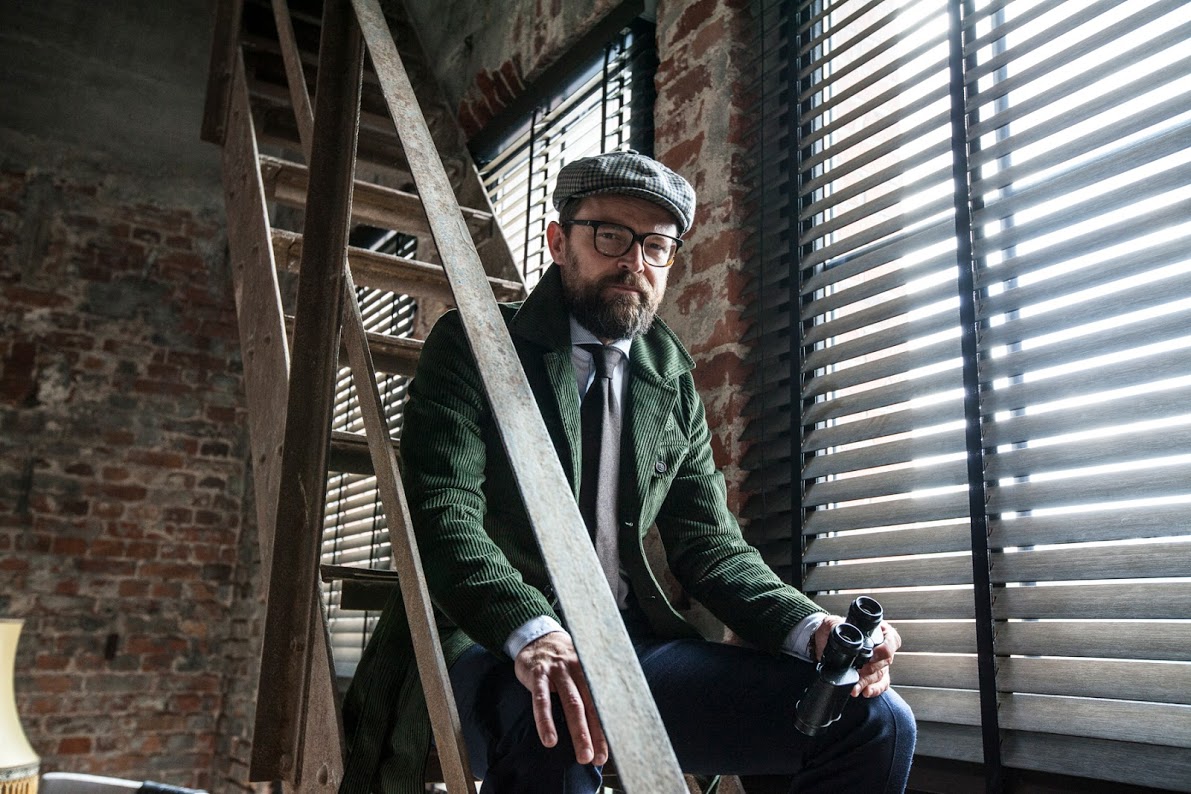 In Poszetka’s new FW19/20 collection, beside the classic gray flannels and a pair in the unusual grey-ish beige, there is also an understated pair of trousers in the disputed deep navy color, made of light british flannel from Alfred Brown mill. Give them a chance - they might become the one of the most versatile pairs of trousers in your wardrobe.

If you still have any doubts, a hint - they will look awesome with the green (or brown) corduroy safari jacket or the brown tweed jacket from the same collection. Well, maybe even better than a pair of ordinary gray flannels? 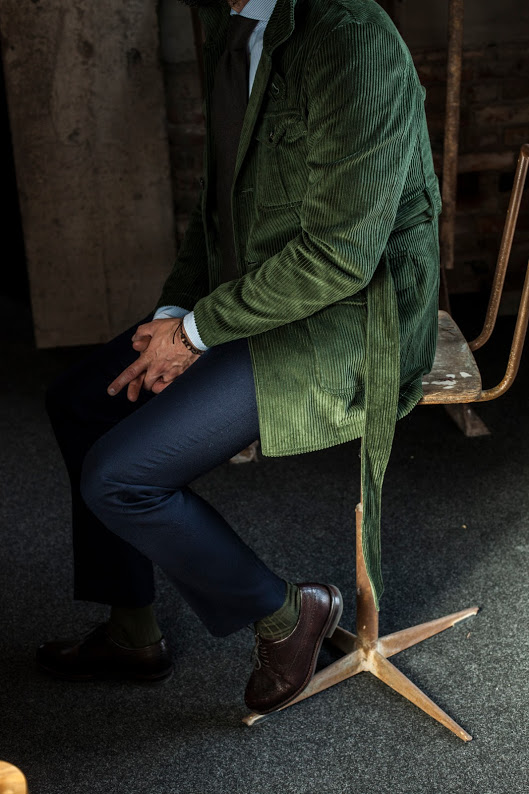 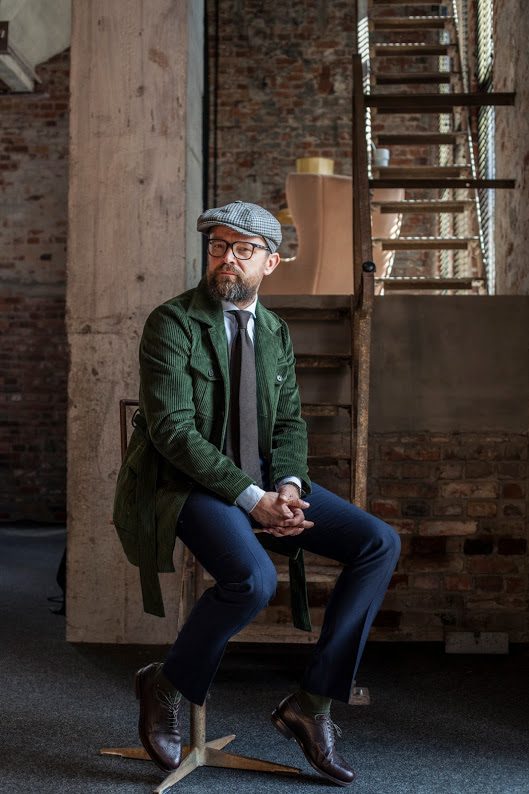 4.89 / 5.00 3537 reviews
IdoSell Trusted Reviews
2023-01-14
Great shipping, quality ties!!
2022-12-30
Perfect cloth, as always
View all reviews (3537)
This page uses cookie files to provide its services in accordance to Cookies Usage Policy. You can determine conditions of storing or access to cookie files in your web browser.
Close