Shorts. What about them?

It may be the impact of the pandemic, or it might be a coincidence - but whether you like it or not, shorts (and the discussion about them) are a strong point of 2021, also in our “elegant” niche - at least here in Poland. Time to write on that topic!

I honestly admit that when I was creating the first draft of this article, I had no idea yet that such a big storm would break out in our little Polish male fashion world. However, I’ve been pretty lazy with writing recently, so I did not finish until July found me - summer in full swing (by the way the heat this year is unbearable...) - and in a sense it was already too late. Instead of enjoying the carte blanche privilege and being able to simply share my thoughts, I need to join the discussion. And I will do it with pleasure, but let's leave the hard opinions and an attempt to take a specific position for later.

For now, let me start with an introduction and a little explanation - maybe then you will believe that I actually planned it before, not only deftly pretend to be a guy that knew everything before but claims that he just did not have time to write! 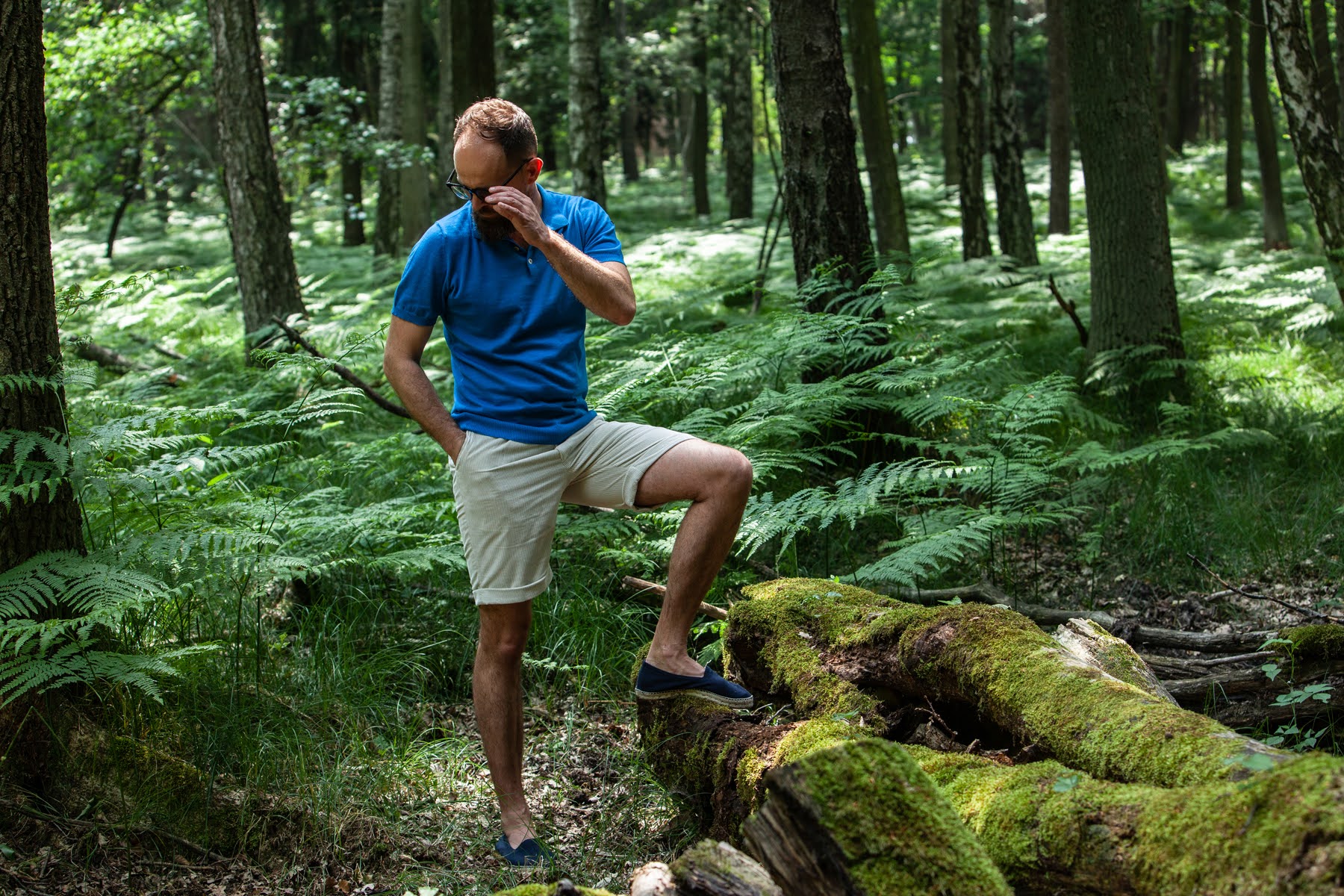 As is often the case, my willingness to bring up the subject came rather from personal need, not necessarily actual social observations. This element, however, was also present - at least in the form of Instagram scrolling. A little scrolling and the conclusions were obvious.

From gurkha shorts, through short chinos, up to very short "short shorts" and various loose baggies (preferably with the Patagonia logo, seemingly) - we have seen the rise of shorts popularity on some more and less known influencers’ accounts for the last 2-3 years. Gradually from holiday and beach situations to more urban and everyday stuff. A seed of curiosity has been sown - certainly in me (yes, after the initial reluctance, I started looking for shorts myself, ending up with one bespoke pair and two vintage ones), but also on the fertile soil of the entire #menswear community, which was quite sceptical before. 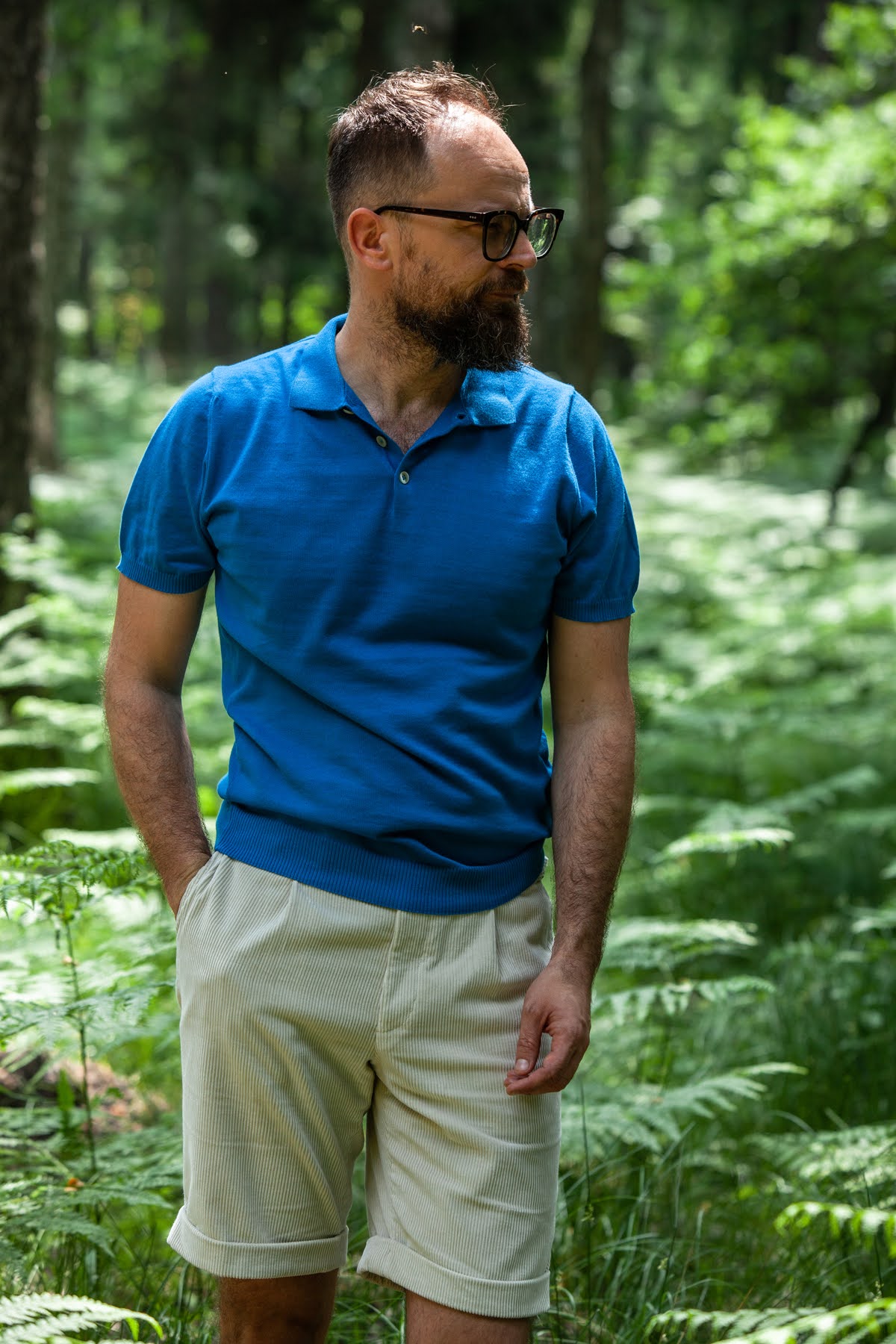 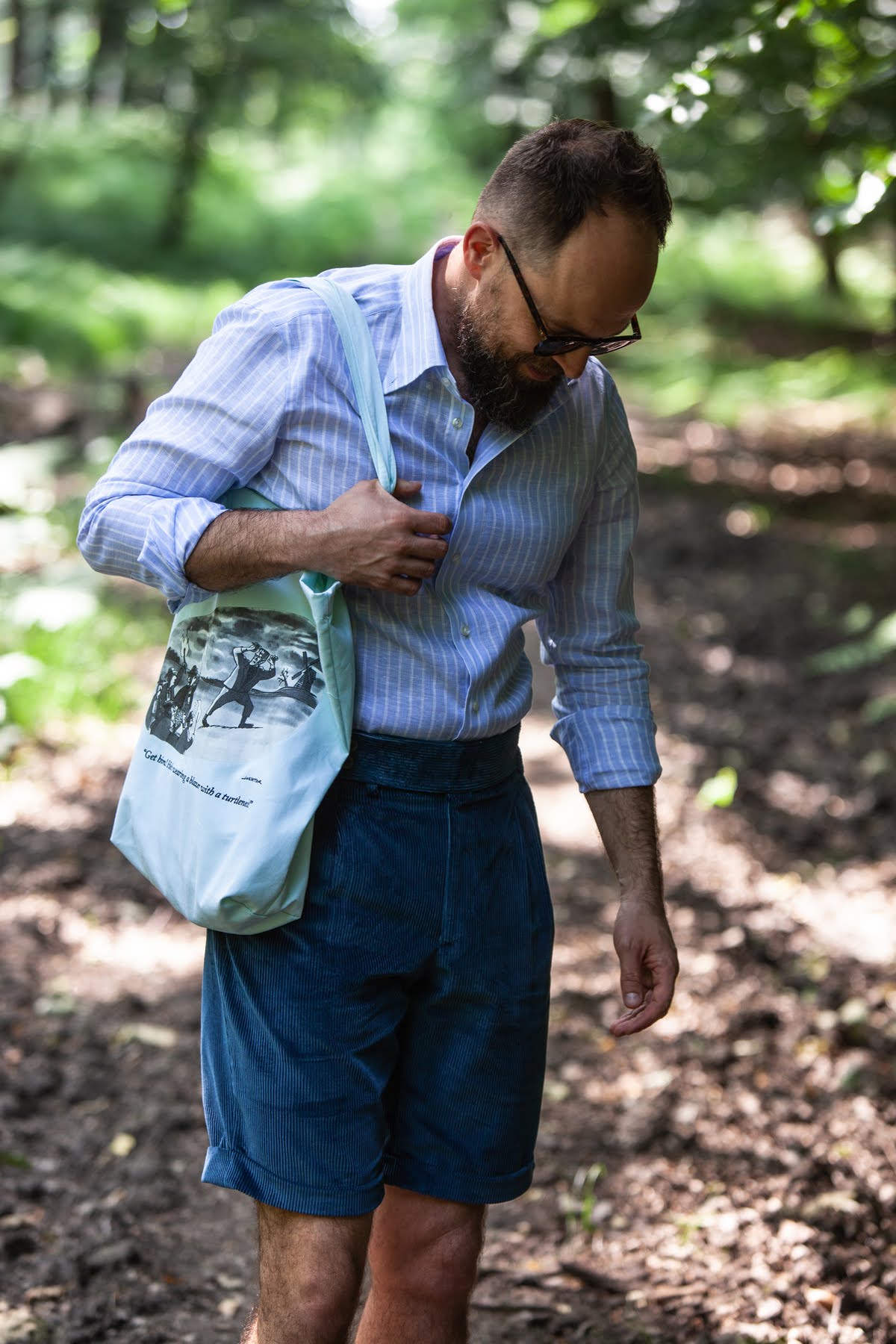 Well, it’s always the case with trends that, as long as they are marginal, only a small group of enthusiasts wants to discuss them. If it later turns out that the group of popularizers among them is larger and/or is more convincing, trend becomes a fashion, gaining momentum. The snowball effect works, then the media pick up the topic, more and more people start to be interested in it, and finally we come to the point when something becomes the so-called “The next big thing”. It happened this time as well, no doubt.

Probably at least one of you, reading that, thought: “What is this Mateusz writing for nonsense? Shorts are no fashion!! ”. "Relax," I reply.

It's not that the influencers are suddenly wearing shorts. They also didn't have to go mainstream, they were already there. However, another change took place - a bit by accident, a bit as a result of the pandemics (think “the tie is dead” articles etc.), the acceptance of this garment became widespread. And most importantly - actually, good-looking shorts appeared. From being the pragmatic choice, they began to become an aesthetic choice, gradually becoming equal to pants. We've come to the point where it's basically still the same garment, but with a slightly different appearance, slightly different uses and a slightly different social perception. Seemingly nothing new, but still, a novelty. 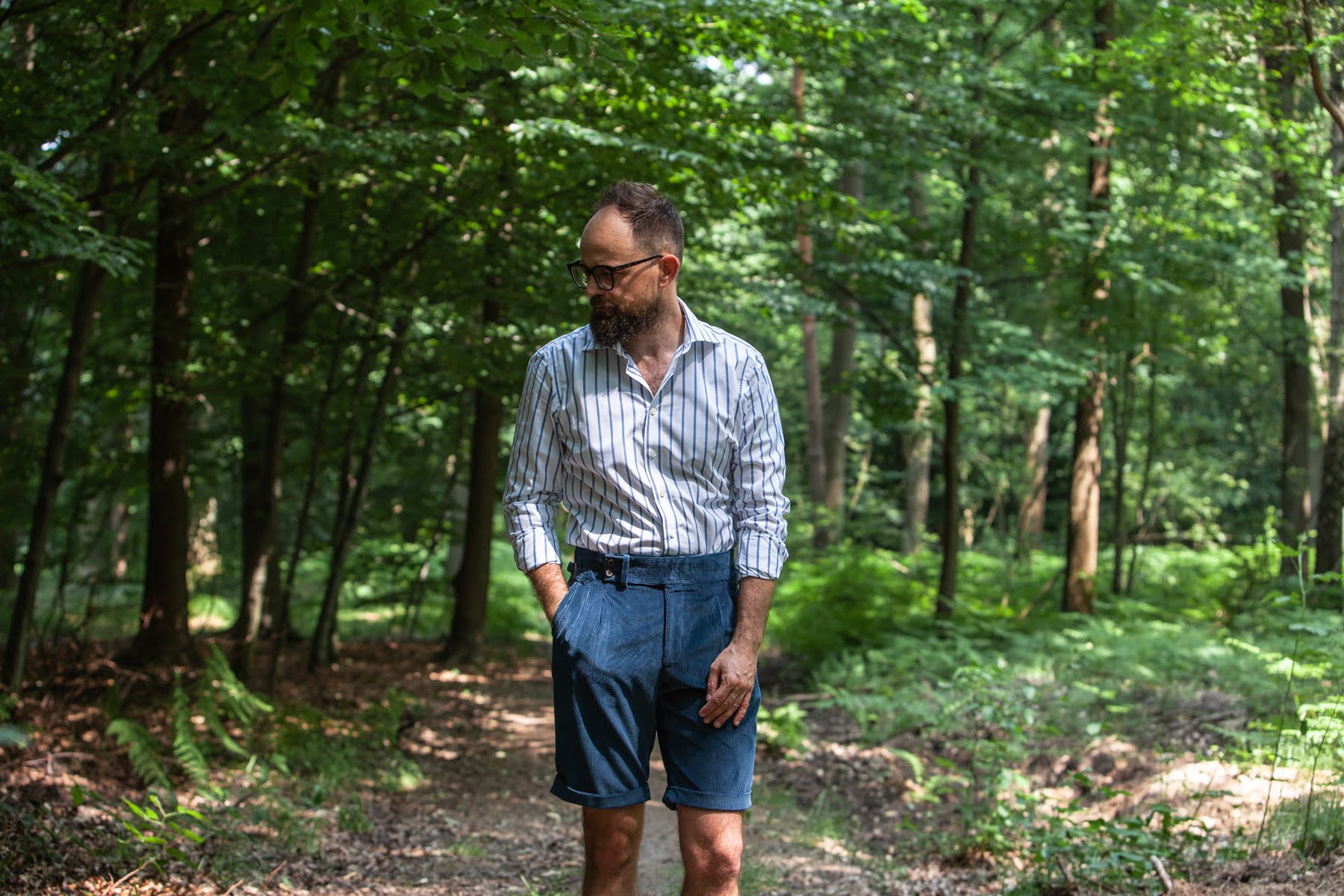 All in all, if we realize that we live in the era of postmodern fashion and we don't really invent anything new, it shouldn't surprise us. We rely only on proven schemes, just rediscover them from time to time. Sometimes things less, sometimes more forgotten - and sometimes not really forgotten, but underestimated. And I think that shorts can be included in the latter category.

And here we come full circle coming back to the point with which I started the article - because at about this point of the story, the die-hard opponents caught up with the die-hard followers, started a discussion (or a virtual fight) and again the BIG question was asked: ARE SHORTS RELEVANT FOR GROWN-UPS?

(by the way, it's quite funny that hardly anyone asked this when people in ugly shorts just walked on the streets of the cities in summer, but no one encouraged them to do it consciously and pay attention to details - but stop this digression, I’m going back to the main topic) 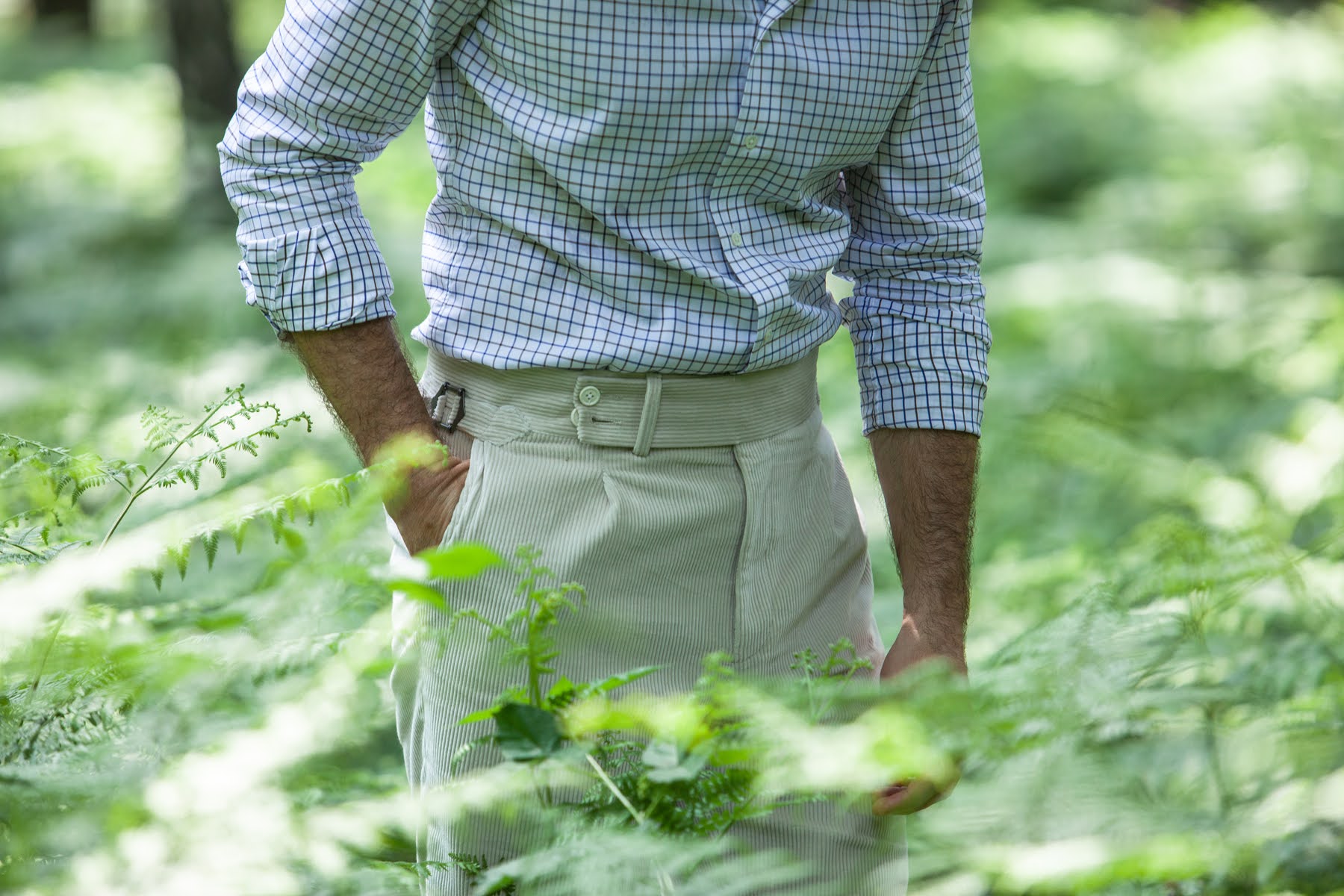 If I were to briefly answer the question above, I'd say the classic “it depends”. Alternatively, I could add that it depends on the circumstances. Then it would be a boring argument about when it is ok and when not... Probably neither you nor I want to read about it, because we roughly know what is it about. So - we will do otherwise.

To make things more interesting, let me ask a biased question: WHY SHORTS ARE ALRIGHT?

First of all - because (let's face it) male calves are also ok. Why should we consider them uglier or less worth showing than female? Why should the them scandalize anyone, why would they have to always remain hidden? Nowadays, I think it makes no sense to divide what and when can be exposed (arms, belly, feet, calves...) between different genders. A body is a body, no difference! Of course, let's do it in the right circumstances - but stick to the same rules for everyone.

Secondly - sometimes it is good to dress a bit lighter (shorter?), even if not necessarily to make yourself cooler. Yes, exposing the body in the highest heat, full sunshine, rather works the opposite way (not only Bedouins know it, but also everyone with a light complexion, prone to sunburn - like yours truly). Sometimes, however, when the weather is cloudy or windy, or the occasion is special (e.g. the first warm days of summer or brief winter holidays in a warm country), shorts are indispensable. Nothing gives such a feeling of freedom, ease or even... contact with nature, as some might say. There are also people who, regardless of the weather, will argue that long pants are always hot and uncomfortable for them - well, then shorts are an even better (or the only) option!

Third - because being less serious is also sometimes good for you. We (Poszetka's team, you, me) are rather fixed on getting more serious on daily basis - that’s what all these suits, ties, shirts, etc. are for - but sometimes it's worth (or even necessary) to go the other way. In this case, the shorts serve the same role as a baseball cap, adding an element of playfulness or even a slight immaturity (in a good way) to the outfit, emphasizing that not everything has to be 100% serious. Less formal, more slouchy. Consider choosing shorts over trousers sometimes - it can be the right move sometimes! 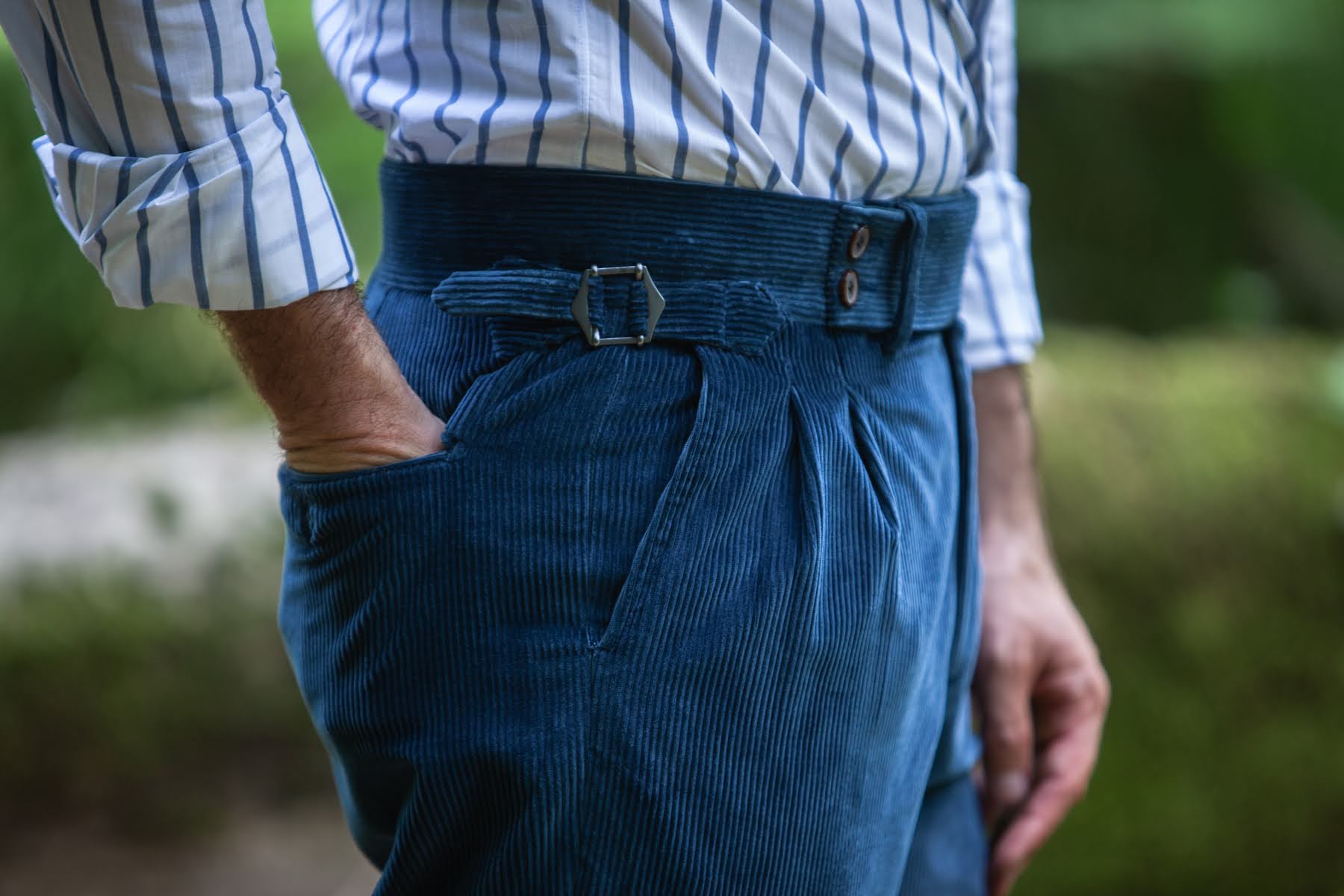 And finally - they are ok, because as I mentioned above, shorts can also be classic and good-looking. They can be made just as well and cut from as good fabrics as long pants, and the proportions and refined details are just as important. And when we have it all, a good end result is guaranteed - because aesthetics is what clothes are all about, right?

Fortunately, I can end the article by saying that I am sure that now, if you only want, you will find the right shorts for yourself without any problems... and I do not think I will surprise anyone by recommending Poszetka among the others. Check out their new shorts, it's worth it!

P.S. And if you have any doubts whether corduroy is a right choice for shorts, lose them - it is a great fabric. Trust me, I couldn’t recommend it more, even for summer!

4.89 / 5.00 2334 reviews
IdoSell Trusted Reviews
2020-06-24
perfect and so amazing
2020-06-26
Beautiful garment, but poor quantity in sizes. Will buy again though!!!
View all reviews (2334)
This page uses cookie files to provide its services in accordance to Cookies Usage Policy. You can determine conditions of storing or access to cookie files in your web browser.
Close