Is Every Flight Jacket a Bomber Jacket?

There are clothes that always easily remind about their military roots - e.g. a field jacket, even if it doesn’t resemble any original issue mode). However, there are those that almost never evoke such associations - even if they are aesthetically so close to the original that it would be more than justified.

Although today the phrase "bomber jacket" is mainly associated with short, zipped-up nylon jackets from chain stores, it is an image that can be quite misleading. It's a term that surely has changed meaning over the years - or at least has broadened its definition. Therefore, to understand the topic, we have to go back to the beginning of the 20th century, preferably to World War I. 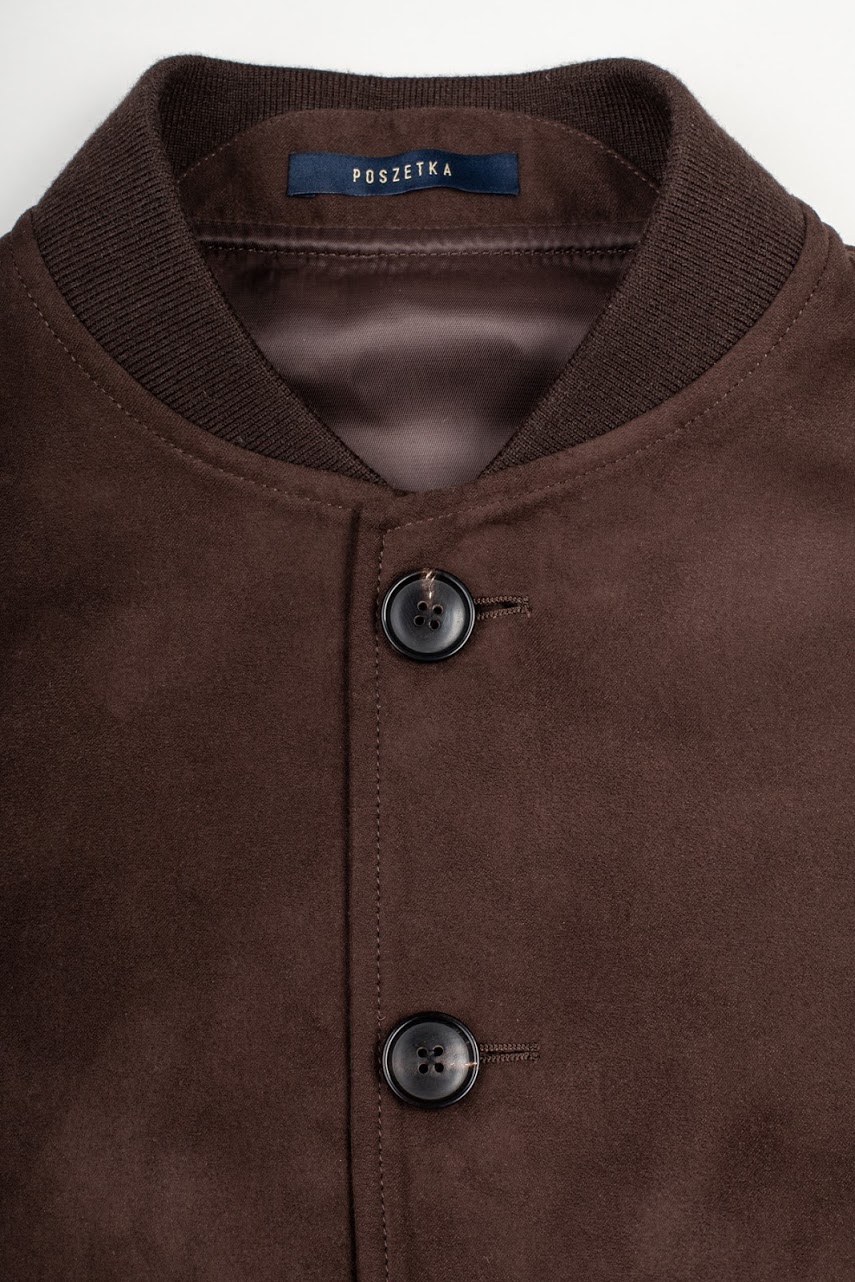 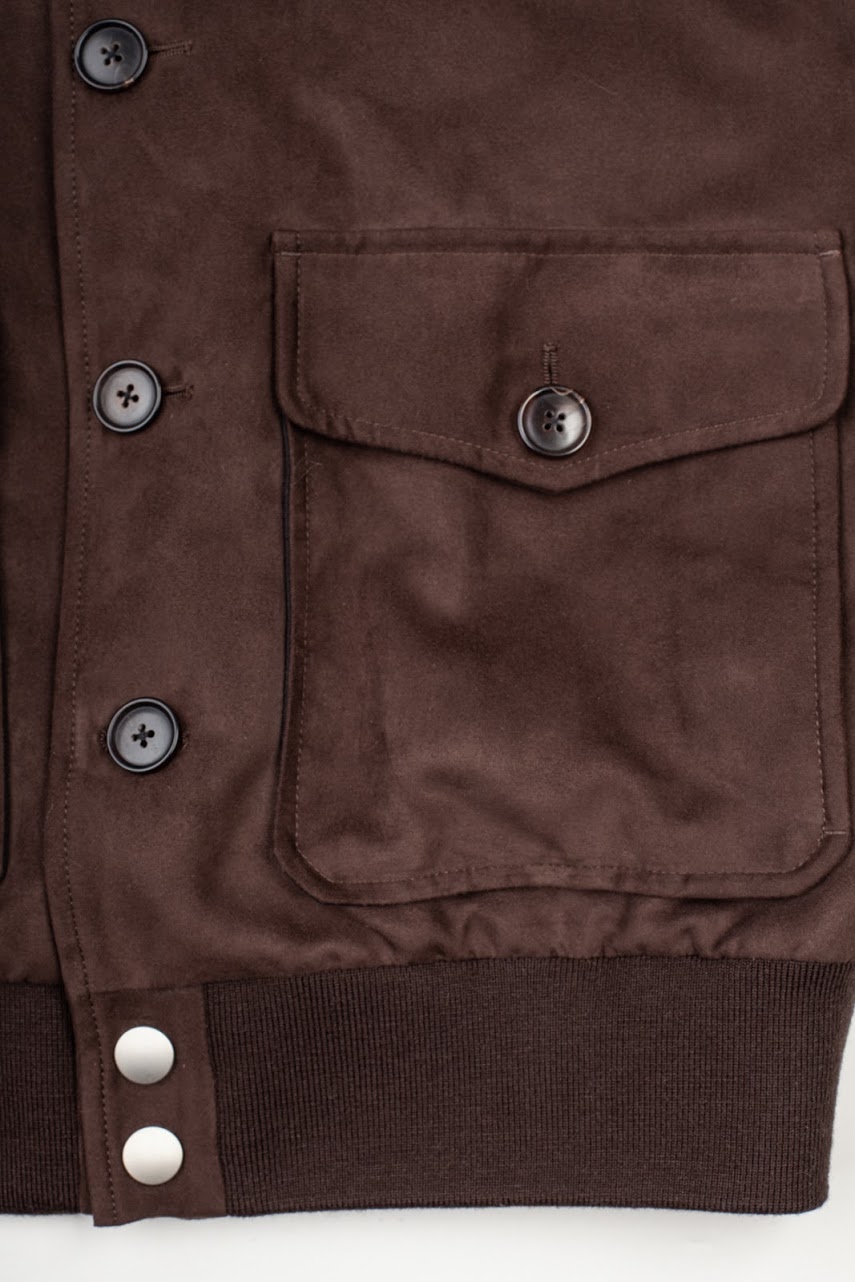 The history of this design is inextricably linked with the history of leather jackets, military jackets and aviation jackets - all merged. For the first time, these three were intertwined during the Great War. There was no techwear yet (at least as we know it today) and even the uniforms were still not that functional. The planes were a novelty, flew low and were very spartan. For the needs of military pilots, thick jackets were sewn from a material that, for those times, offered the best compromise between thermal insulation, windproofness, water resistance, comfort and durability: thick leather, often horsehide.

Some were longer - almost like coats, others shorter - like uniform jackets, some even waist-length - the way we imagine them today. Various leathers and colors. With one common denominator: buttons! It is worth knowing that it was not until the end of the 1920s (probably 1928) that the legendary Schott company first introduced zippers to leather jackets on a larger scale. From today's perspective, it's a standard, but back then it was practically unheard of!

A bit earlier, however - in 1927 - the military (US Army, of course) model A-1 was created. The design that first defined what a flight jacket is and almost became the archetype of this design. But why "almost"? 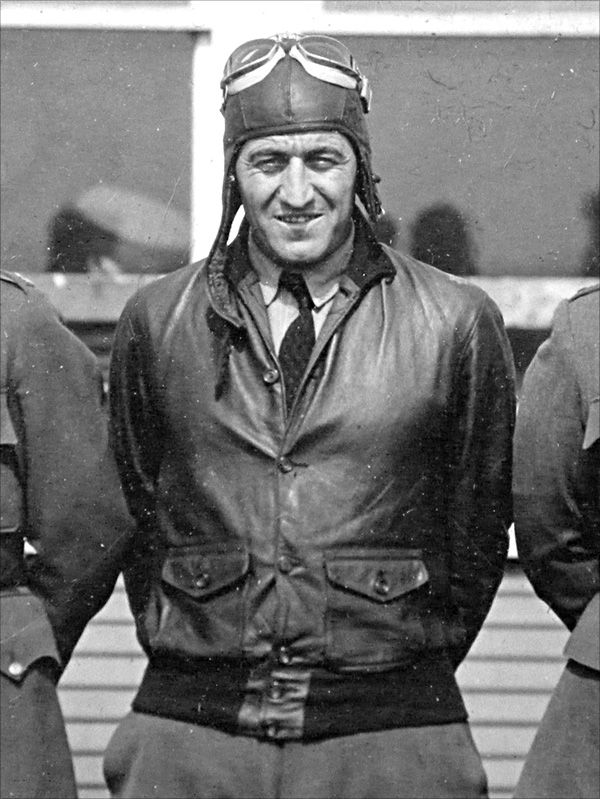 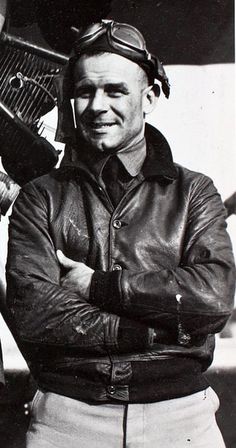 Because just a few years later, in 1931, its successor was introduced - A-2. The differences between the two models were not that big, but in fact they turned out to be fundamental and permanently changed the course of the history of flight jackets. Although the main features remained the same - length, knitted elasticated hems at the bottom and ends of the sleeves, a loosely cut body, two large pockets, raw materials used in production - it were the details that determined the dominance of "2" over "1".

If you look closely at the pictures, you can easily see what it is all about: the zipper and the turn-down collar! These two innovations had an unbeatable advantage over buttons (fastening speed) and a ribbed stand-up collar (possibility of practical use), respectively. And yes, each subsequent US military flight jacket was a development of the A-2 idea, and the A-1 remained a relic of the past and was almost forgotten. Yes, "almost" again. 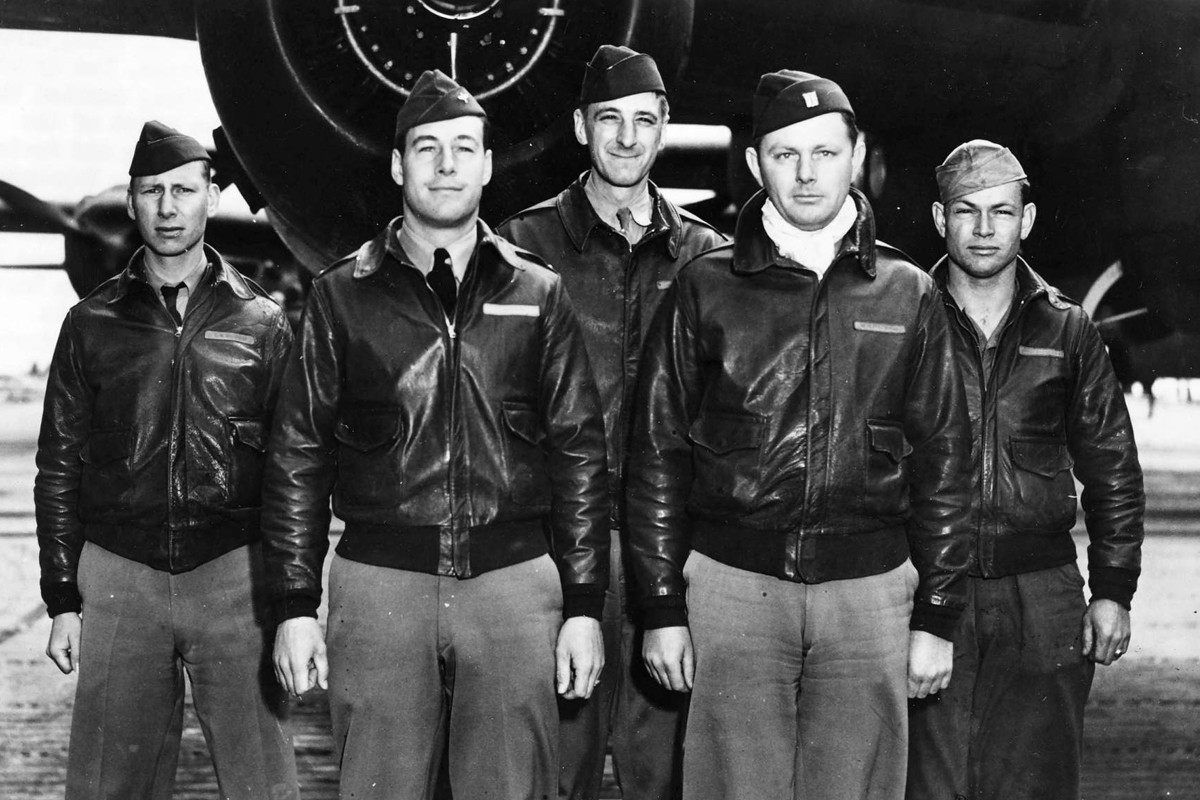 But before I explain what "almost" means in this case and why this pattern remained in circulation, I will briefly mention the further history and slightly younger successors of these models.

Careful readers may have already noticed that so far I have used almost exclusively the phrase "flight jacket" and not "bomber jacket". I didn't do it out of my own whim - the latter name was just not being used yet in the period I was talking about. 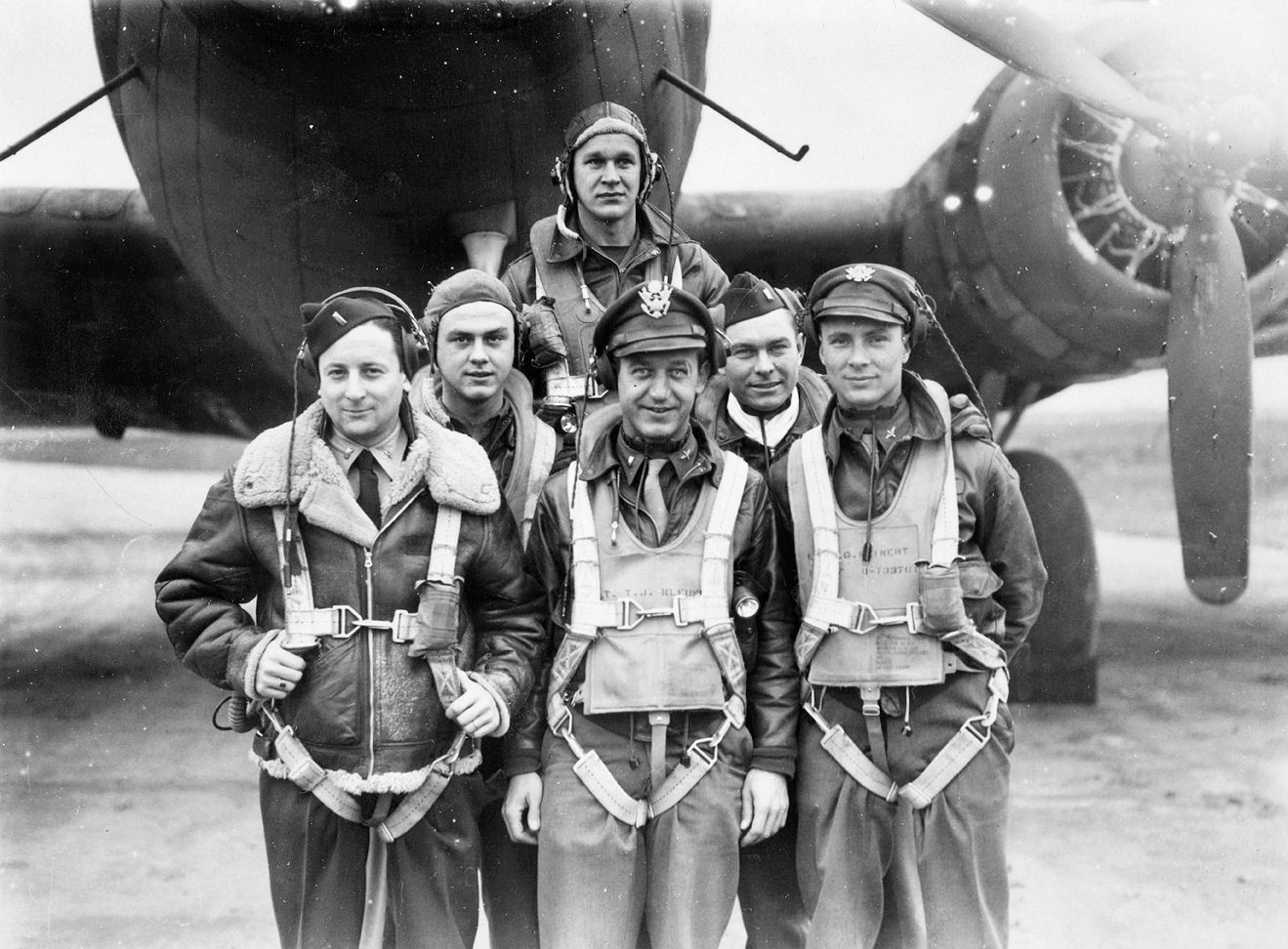 Fighter, bomber, what's the difference? From an aviation point of view, huge! From a fashion point of view? Also quite a big one! Already during the Second World War, long-range bombers became quite common in use - these were the airplanes that, unlike fighters, spent much more time at very high altitudes, where the temperature of the air (and thus the interior of the machine) was much lower. The crew had to be dressed warmer, hence dedicated models of leather jackets, lined with fur, were invented. The name of the model to remember - B-3. Probably the first jacket in history for which the term “bomber jacket” could be used. And was, but still not widely.

Still, a long way to go from this model to today's use of the name… But not as long as you might think. Soon after, the jet era was in full swing, airplanes flew even higher and faster. Leather jackets, which used to become very stiff while sitting in the cockpit due to a combination of moisture and cold (basically freezed), were no longer sufficient. This is how cotton and its blends came into use (for a while), and shortly after that, nylon (which settled in for good). The B-10 and B-15 transitional models marked the end of the era of heavy leather jackets and paved the road for the style that is still in fashion today: MA-1, the first jacket known better as "bomber" than "flight". The one that began the era of bomber jackets as we know them today.

The MA-1, introduced in the 1950s, was already made (or actually is, because today you can still buy new ones made according to the contract specification) solely from synthetics - nylon and polyester. It was much lighter and cheaper than leather jackets, available in colors other than black and brown (usually in sage green). In addition, in 1963, the contract for its production was won by Alpha Industries, a company well-known to all fans of military clothing - what later resulted in the introduction of this model for regular sales and great popularity among civilians. Today, the vast majority of bomber jackets directly refer to this pattern, just possibly offering a collar instead of its stand-up collar.

Okay, time to return to the A-1: model that has seemingly been lost in the depths of history. “Almost", as I’ve said earlier - hardly anyone associates this name with a military jacket, but… what if I can prove to you that this pattern is doing quite well and is really popular? And that it practically never fell into obscurity? 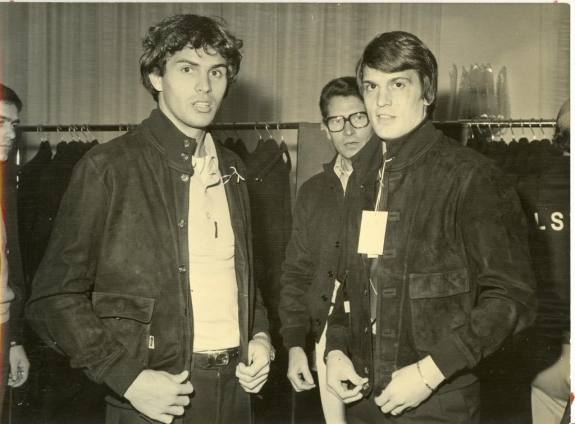 Does the name Valstar Valstarino tell you something? I hope so. Connect the dots. Ribbed cuffs, hem and stand-up collar? Yes. Two large pockets at the bottom of the body? Check. Straight cut and button closure? Yup! The Valstarino is in fact a fairly direct copy of the classic A-1 cut. But that's not all that you need to know…

Because even if you recall the brand and the model, you rather think of it through the prism of the last few years in fashion. Well, after all, this jacket became popular relatively recently (and quite suddenly), taking over social media and blogs. "The Italian brand revived the traditional cut because it seemed more suited to the sartorial fashion of 2010s," you might think. It would be true in a way, but - the revival happened not in 2010, but in… 1935. Already then, 86 years ago, the Italians borrowed an outdated (only by a few years, but still) model from the US Army and began to manufacture it for civilian needs. Fun fact: this is most likely the first flight jacket commercially available. And it remains to this day! 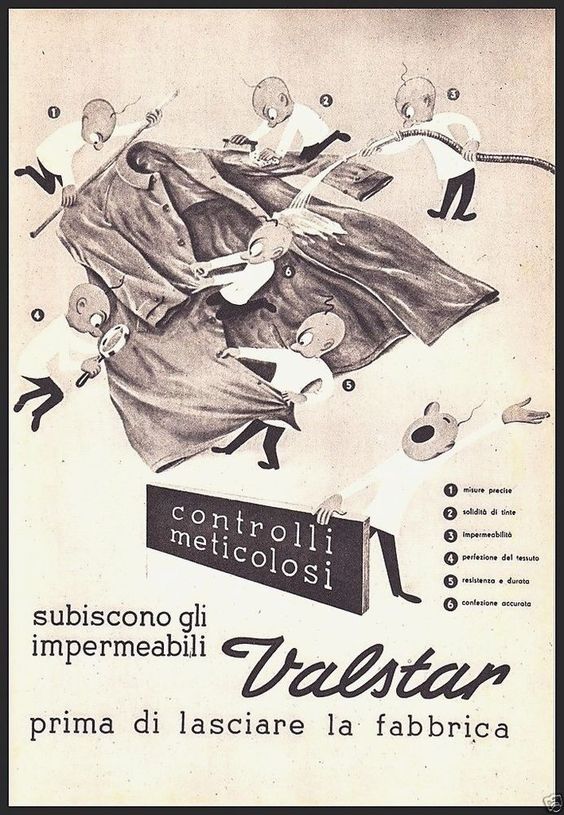 The Valstar brand should also be remembered from being the first to experiment with materials in a fashion context, not just a practical one. Valstarino proved the ground for bomber jackets made out of cotton, wool, suede and synthetics other than slippery nylon. However, it cannot be said that the cut was innovative by any means - the Italians simply copied it first for their needs.

Today, many other brands are introducing the A-1 cut to their offer, driven by the popularity of the classics. Contrary to the original, thick horse leather is practically not used nowadays. Instead of it, other raw materials are chosen, more often plant or synthetic-based, less often animal skins - although suede is also popular. Buttons that were once a disadvantage, today have become an aesthetic advantage according to many. Almost 100 years after its premiere, this design has lived to its well-deserved, second youth! 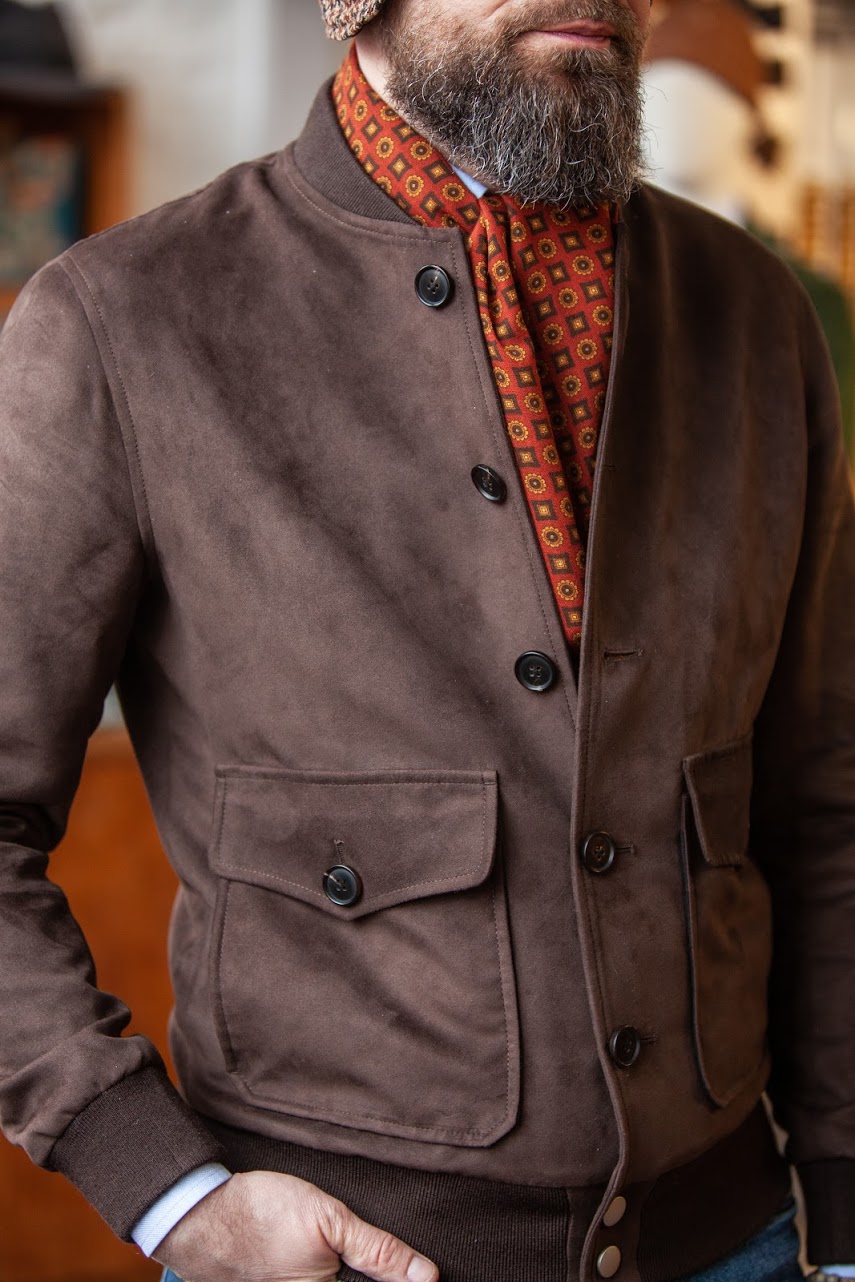 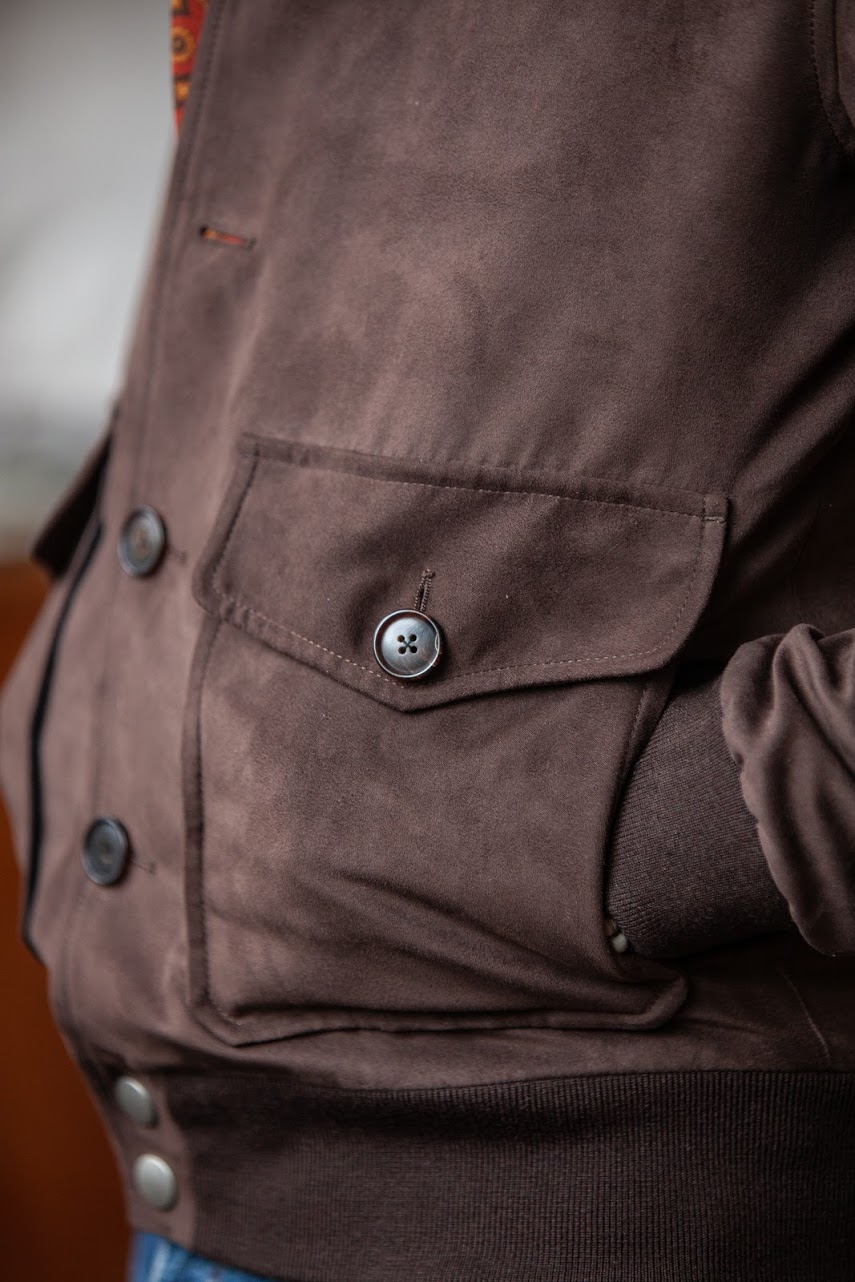 This year, such a bomber jacket - although to be precise, "flight jacket" would be a historically better term in this case, but hey, does anybody care? - was also introduced as a part of Poszetka's Spring/Summer 2021 collection.

This is a basic model, very versatile, in a medium shade of brown that will suit everyone. Goes well with both jeans and grey tailored trousers, shirts and t-shirts. This option is at least as easy to incorporate into an elegant wardrobe as a green field jacket - but a bit less uniform-ey, evoking more "Italian" vibe. A perfect casual outerwear for cool summer evenings or spring and autumn days spent outdoors. 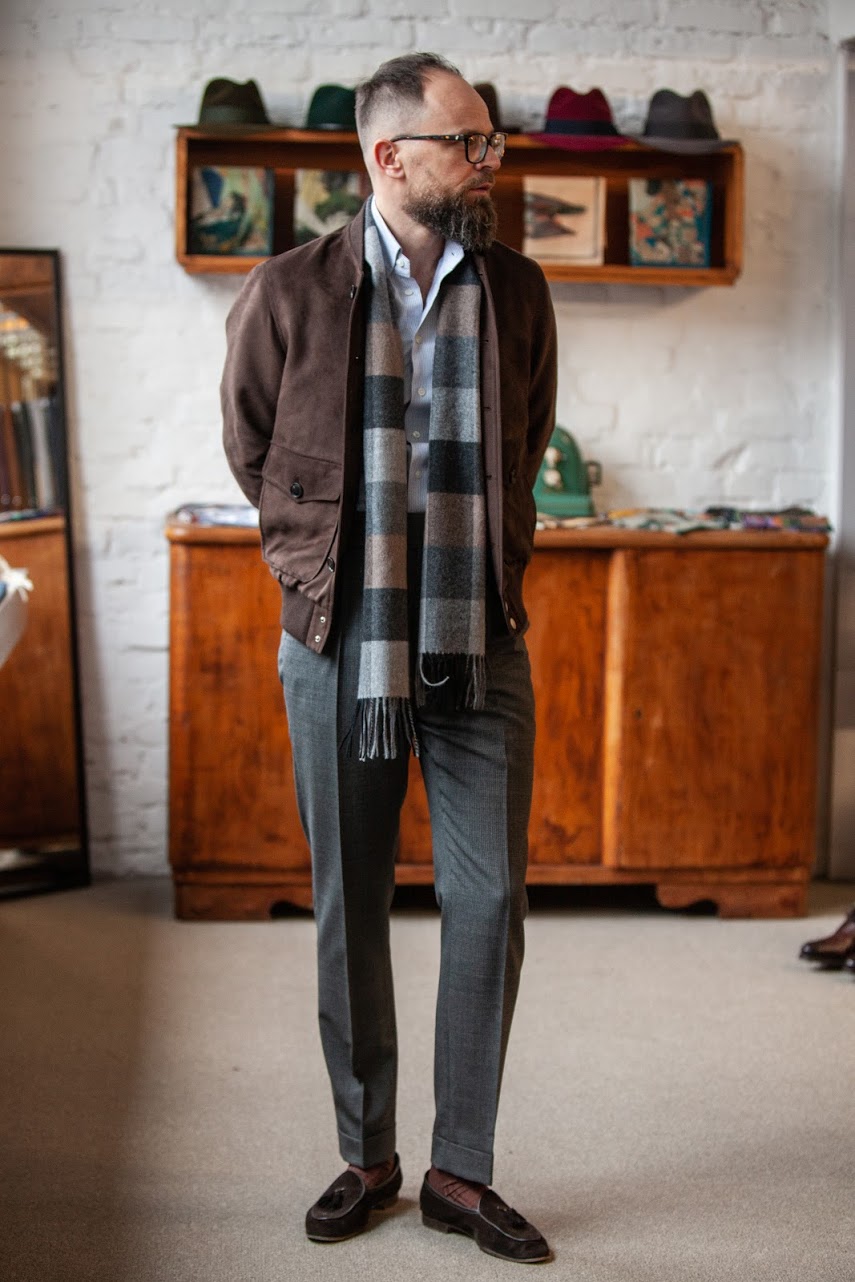 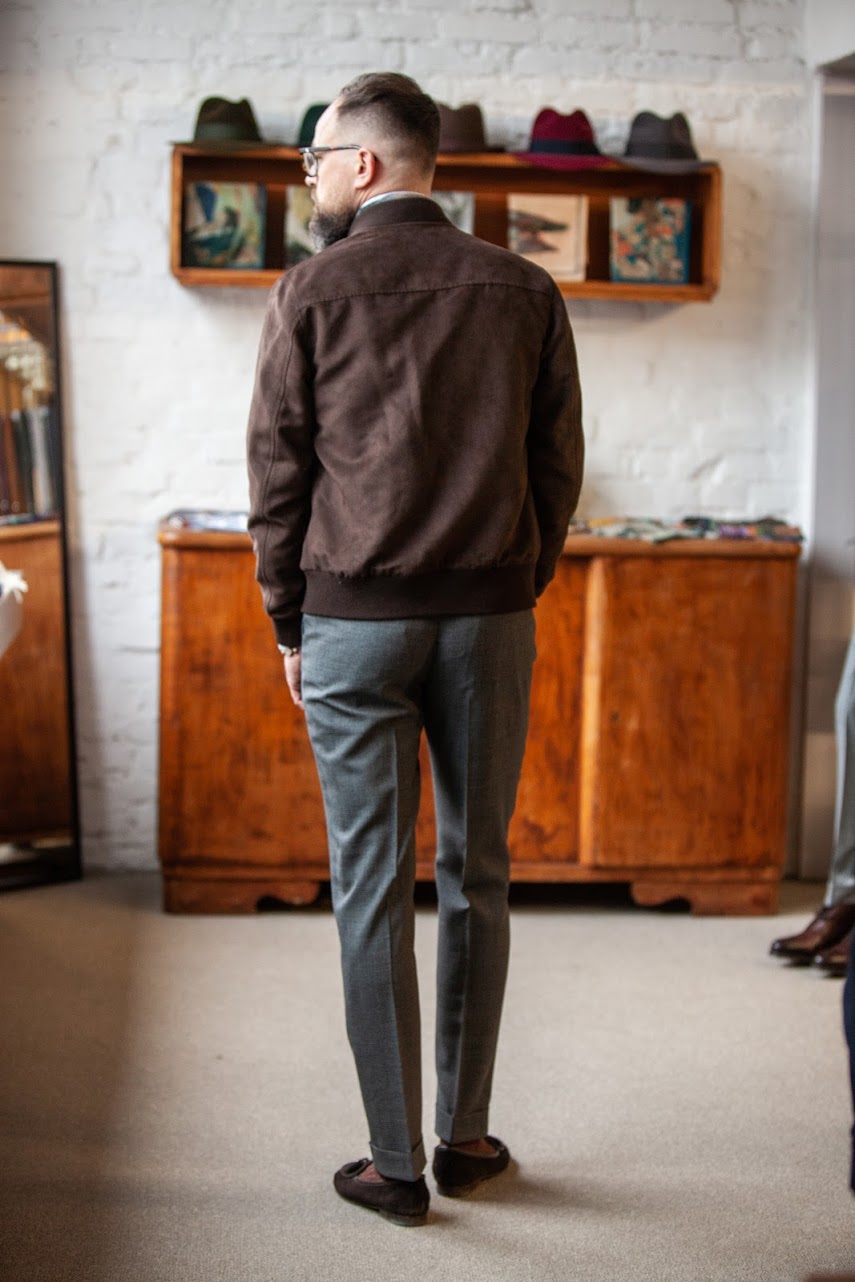 I must admit that the attractive price additionally should encourage one to buy it, even if it would be just a kind of fashion experiment, to step out of the wardrobe’s comfort zone - and I would recommend trying it. It's hard to find a better price/quality/versatility ratio in this category of jackets. 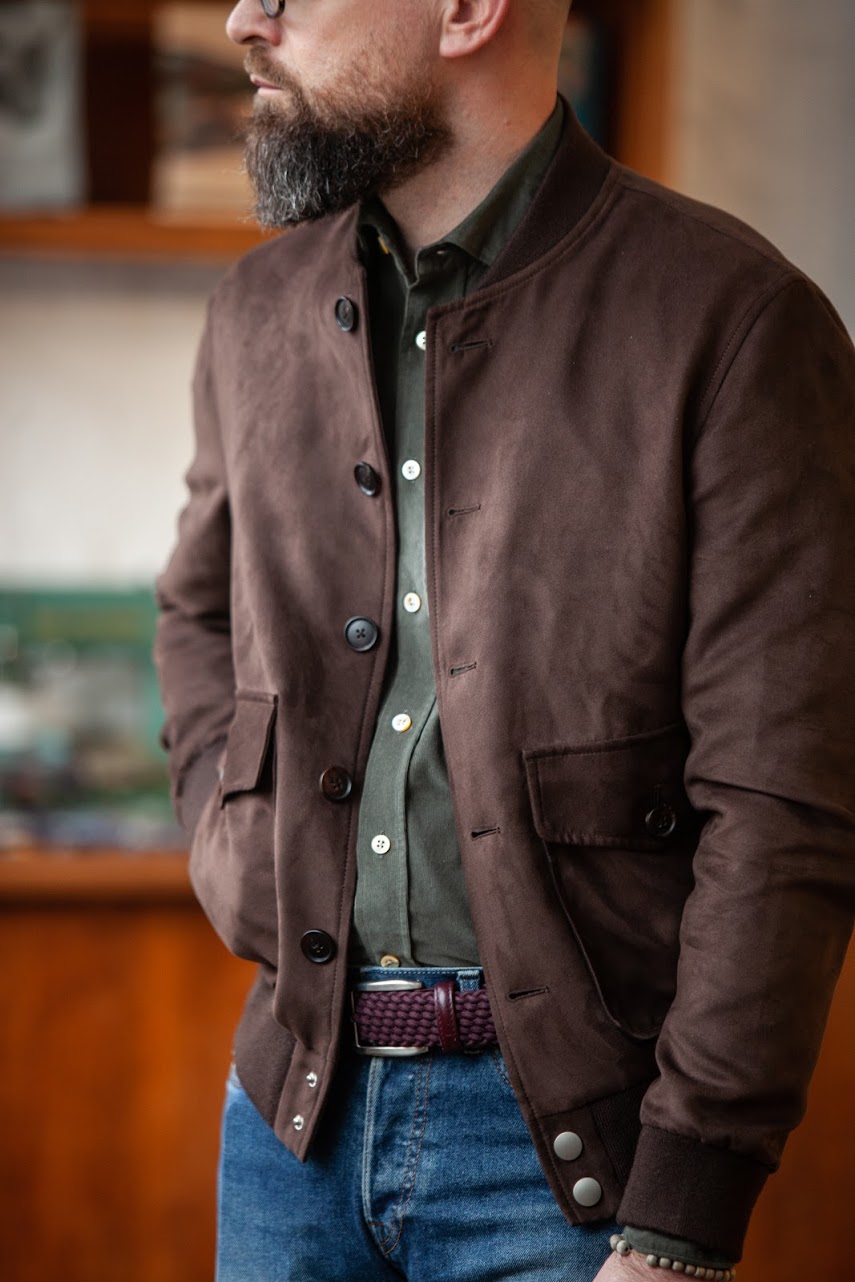 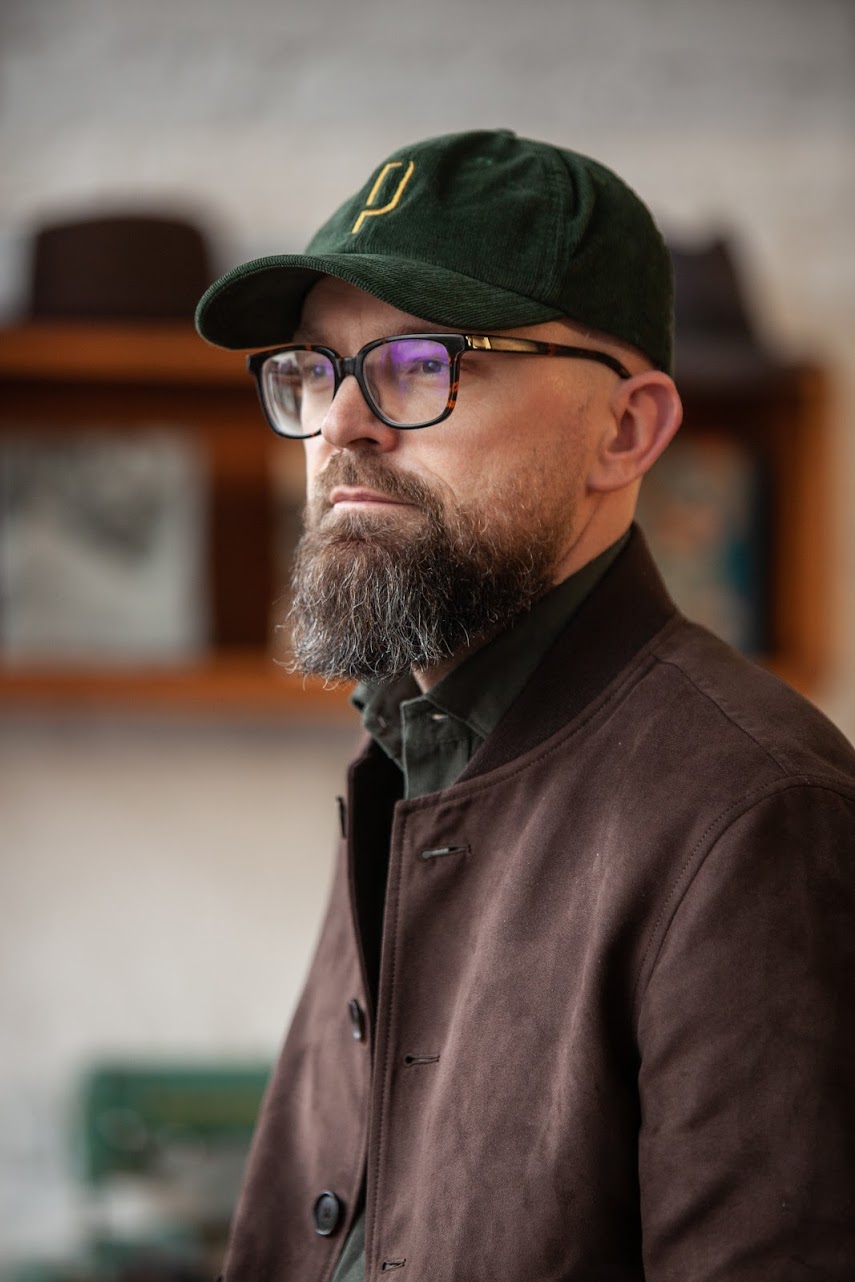 Personally, I also keep fingers crossed for the “premium” version. I believe that your positive reception of this year's debut will allow the jacket to become a Poszetka collections’ staple, available also in other materials - the potential for this design is vast!

4.89 / 5.00 3002 reviews
IdoSell Trusted Reviews
2022-08-04
Great price/quality ratio
2022-07-12
Its great that you delivered in time of my request. Products are great
View all reviews (3002)
This page uses cookie files to provide its services in accordance to Cookies Usage Policy. You can determine conditions of storing or access to cookie files in your web browser.
Close