How to wear a hat (and not to look funny doing so)?

I took a moment off from writing about clothes, but I'm back - and not with just any topic, but with quite a difficult one, about hats. A bit of a tutorial, a bit of a column. Have a read!

The question in the title of the article usually suggests one of two possibilities: either the author wants to pursue a well-known topic, or he picks up an issue that he doesn't know much about himself and decides to look for the right answer aloud. Well, you might be guessing what is the case here.

Hint: I have never worn a hat. Seriously. And I do not plan changing it in the near future either. This is an accessory that I have always admired (in a way), but never been able to properly handle. Each try ended with a resignation and the conclusion that this headdress does not suit me and I look ridiculous in it. But why? 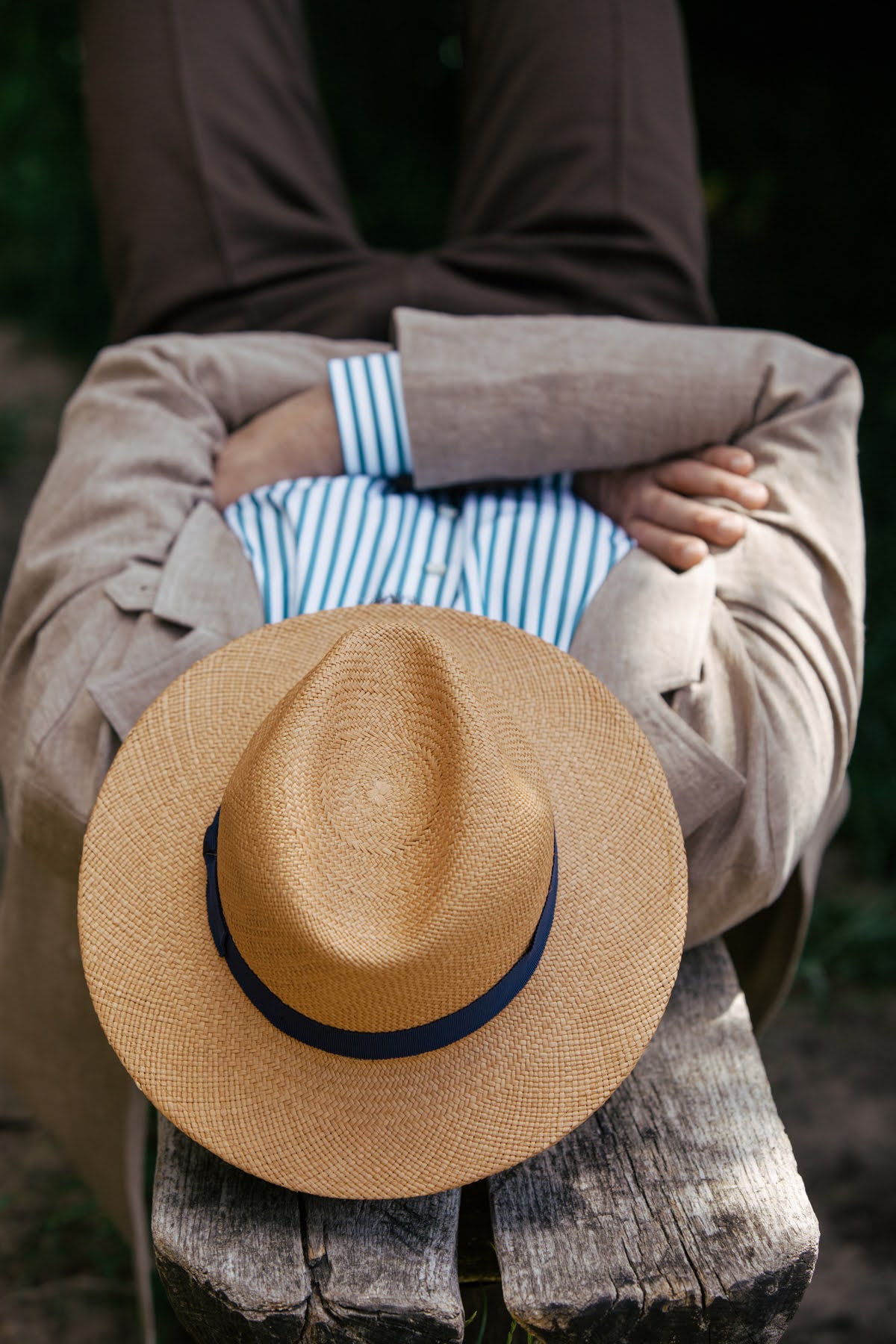 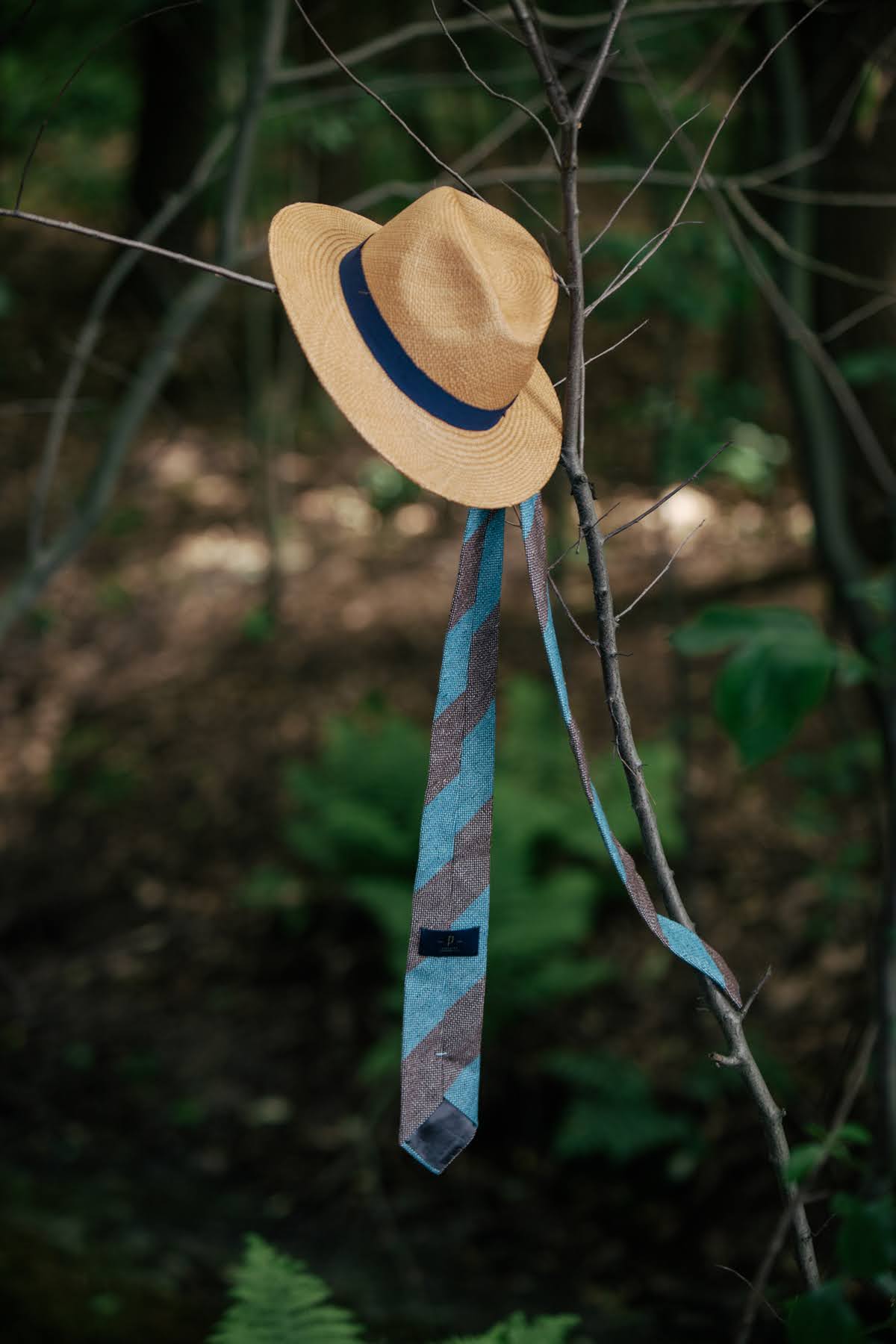 No, don't worry, I'm not going to break down my case study now. I don't really feel like it and I don't think it would be particularly valuable - that's why I will try to do what is bestfrom a scientific point of view, i.e. look for generalizations and formulate a thesis. Actually theses (plural!), because one is definitely not enough to answer such a broad, titular question.

If you want to, you can try to overthrow them later - go ahead. Just read the text carefully first and give it a moment of reflection. 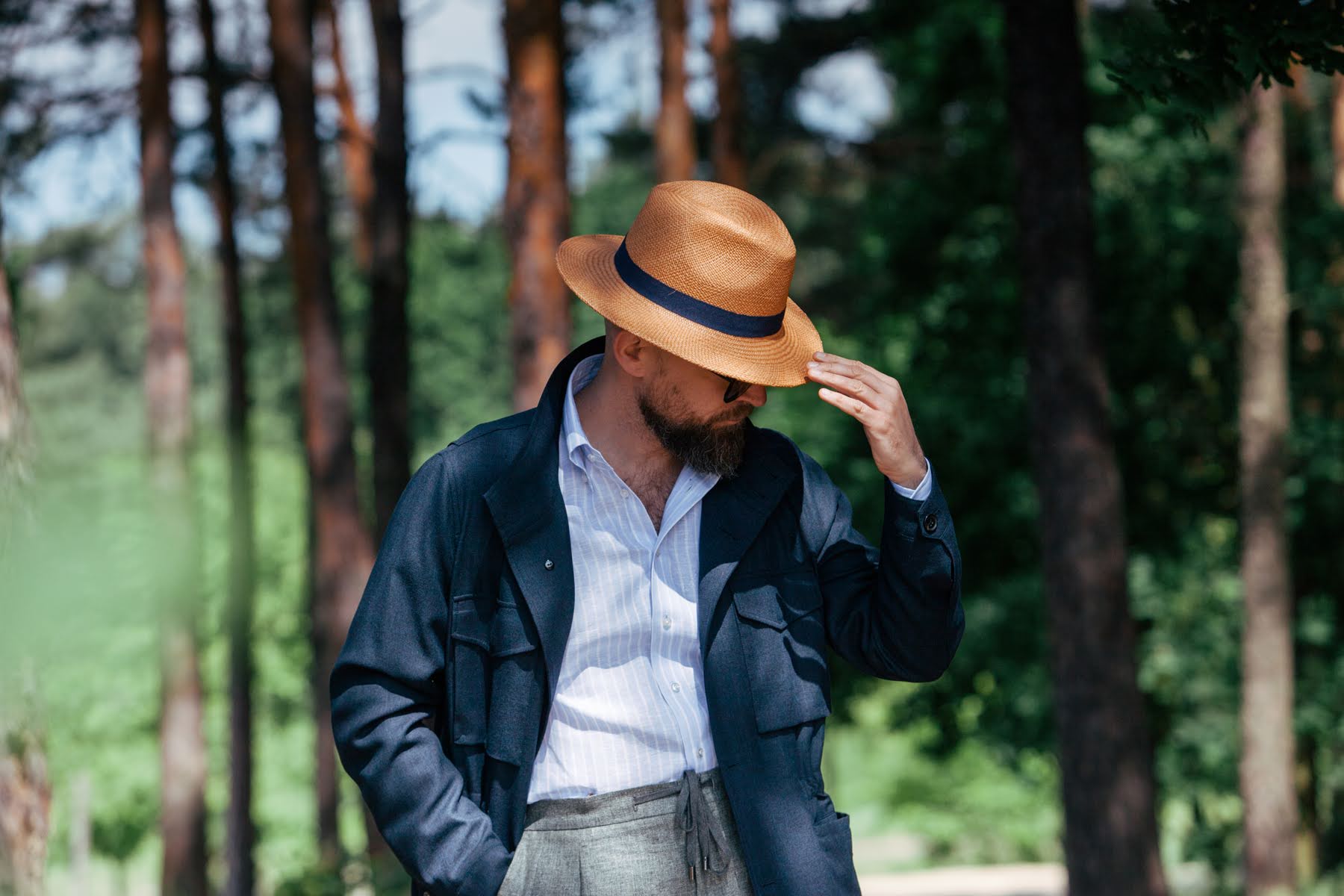 How to wear a hat and simply look good?

Whether you look funny or great in something always depends on several aspects. Let's break them down now specifically for this example.

Let's start with the most obvious thing - the type of hat. There are those in which practically everyone looks comical: bowler hat, trilby, any leather one… Let’s forget about them right away as there is no place for them in the contemporary canon of male elegance. The chances that any of us (me, the Poszetka team and all of you readers) would look good in one of them are around zero. Oh, they're usually also objectively ugly. That radically reduces the number of possibilities already. 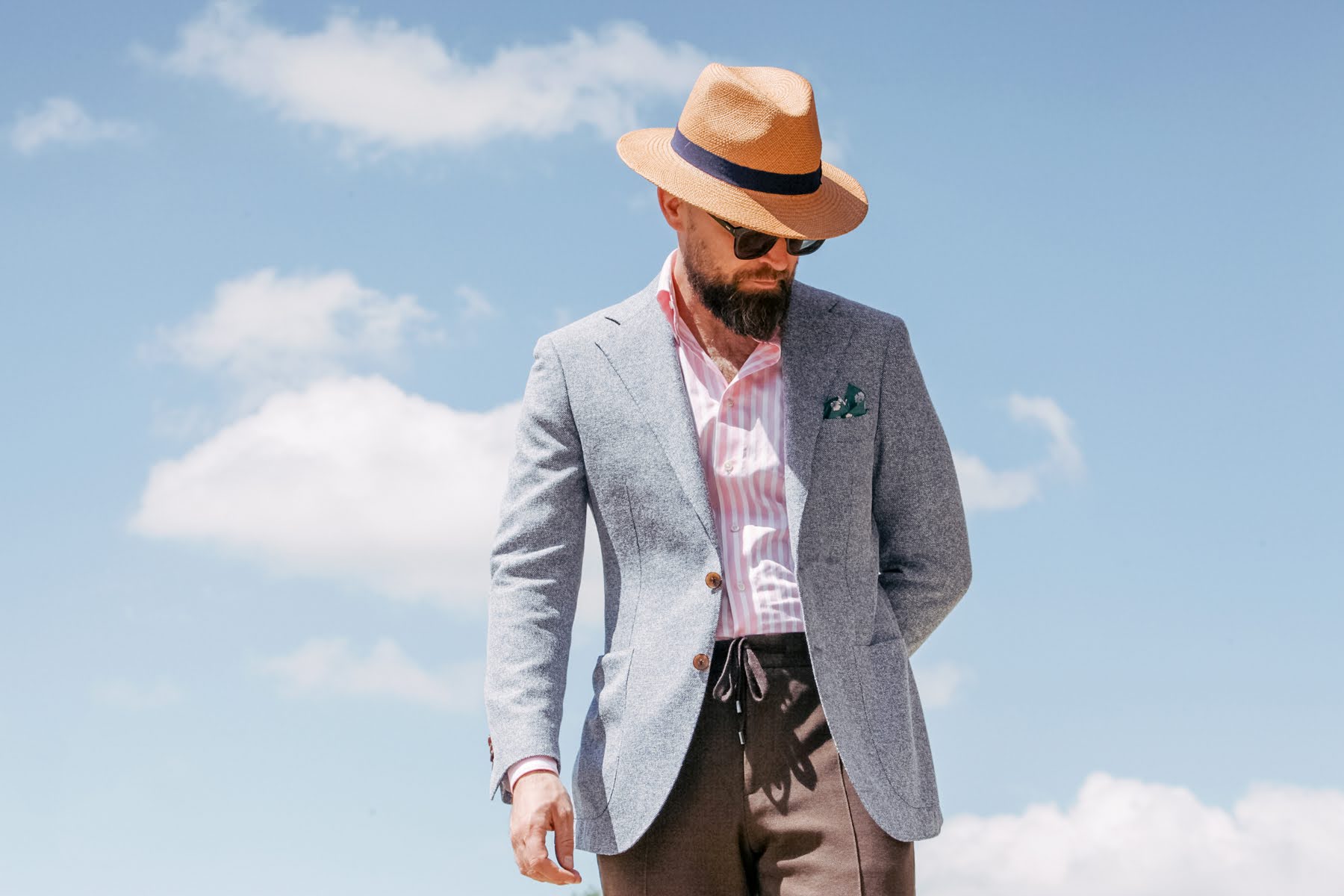 One step further - let's add the so-called appropriateness for the given situation. Even when you choose a nice hat, you need to be able to skillfully match it with your outfit and circumstances. When you are going to the beach wearing shorts, a woolen fedora is totally out of place - and with a dark, business suit, a Panama hat would always clash, even in summer. And when you are going for a short walk around the block or for a beer with friends… maybe better just take a baseball cap. Like virtually any wardrobe item, hats have levels of formality, they are made of different materials, in different textures and these all need to be learned a bit about.

It’s getting more difficult now - time for a broadly understood style. I will try to capture this thought in a simple way: even the fact that the hat is nice and theoretically matches a given outfit, it does not mean that you will look good repping this. So: If you usually wear a tie every day and even on the weekend a shirt and chino is the least formal thing you wear, don't buy yourself a cowboy hat, because even if you are able to assemble a matching outfit for it, it will look like a cosplay. And if you dress casually on a daily basis and have literally one suit in your wardrobe, designated only for special occasions, do not wear a formal hat with it - the whole look will look like a party costume, because all of sudden you would be wearing a bunch of “special” pieces together at once. Generally, unusual things (in the subjective understanding, for each of us) are hard to dress in such a way as to look normal 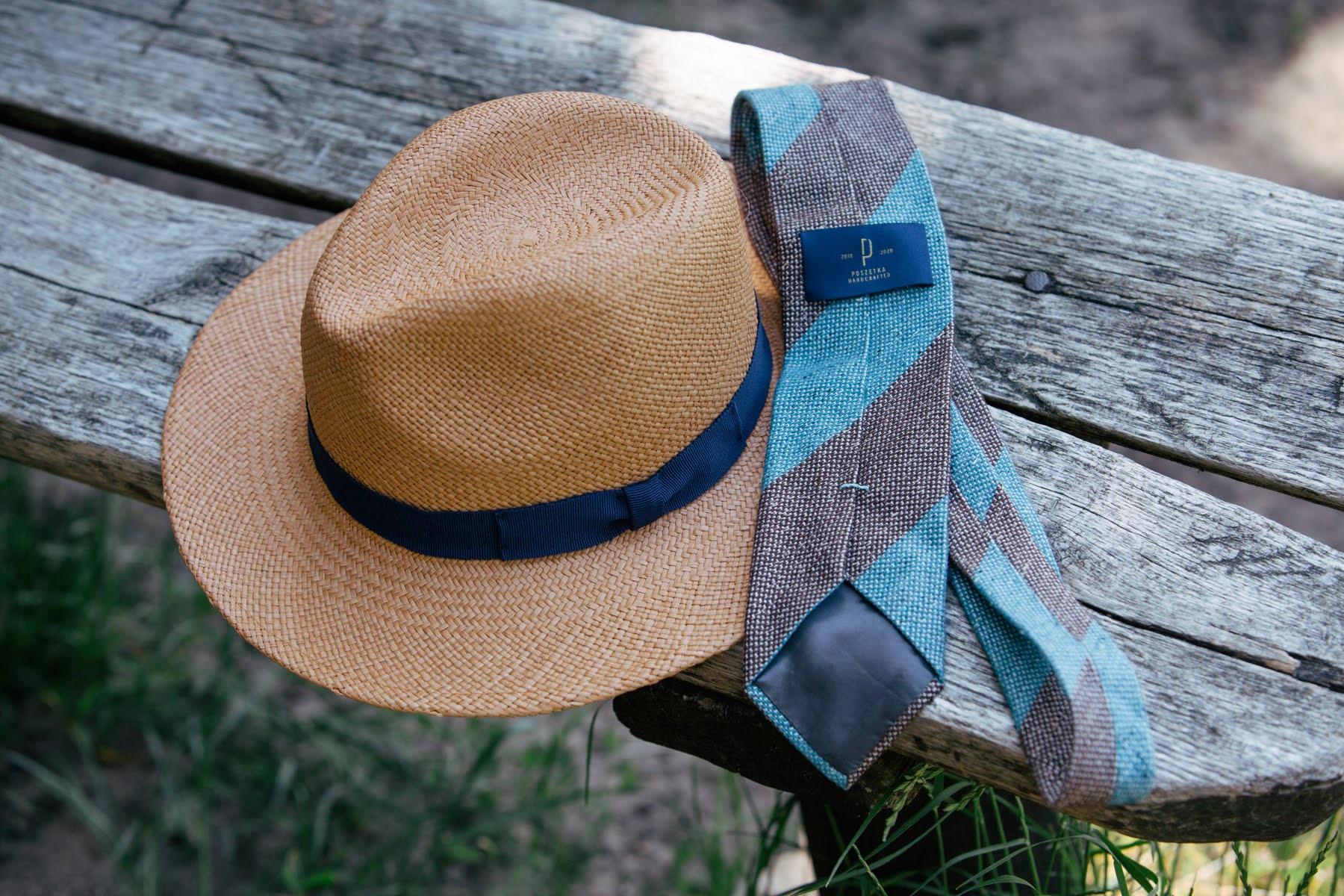 And staying on the subject of "some look good, others not, nothing can be done about it" - age matters, too. Sad but true. Cultural associations and expectations regarding e.g. “dressing seriously”, can be an effective barrier against the positive reception of your outfit. I would like to add that it is not only about the opinion of the general public, but also about the subconscious beliefs - what, based on our memories and cultural patterns, we consider "adult clothes", "old man's clothes" or "youth style”, greatly influences judgment. Instinctively, we recognize that a man in his 70s in a tie-dye t-shirt looks as funny and strange as a 12-year-old in a tweed jacket. I would venture to say that for the same reason practically anyone younger than let’s say 25 (or someone looking very young for his age - babyfaces matter!) won’t look natural wearing a hat. Sorry.

In the end, the most difficult aspect - ease, joy, attitude. I think we can agree that it is often the case that when we dress two men in the same clothes, they don’t look the same, the outfit feels different. Someone can wear even the most formal clothes and look slouchy in them, while someone looks stiff just wearing ashirt with jeans. It's a bit of a matter of looks, a bit of posture, and a bit of self-confidence and it being manifested in body language. Well, usually the more out of the average the item of clothing is, the smaller the group of potential "natural" users will be. Guess how typical hats are in 2021 and what it means.

Phew, we named 5 things, each one of them getting more and more difficult and… more excluding? Yes, but - take it easy, everything is changeable, at least to some extent!

One might ask: but what for? I’d say that although it is a difficult challenge, the reward is worth it. Once you get everything right and finally put your hat on in such a way that it doesn’t look costume-y, it will give you the 120% styling bonus. You don’t have to do that. But you can. And it is worth having a lot of possibilities!

Me and the Poszetka team won't do it for you. Despite writing 2 accurate questions and 5 (okay, maybe these were too vague) theses, we don't have any “one secret move” for you telling how to look good in a hat. But we still have two more tips on how to slightly change the rules of the game, to your advantage. 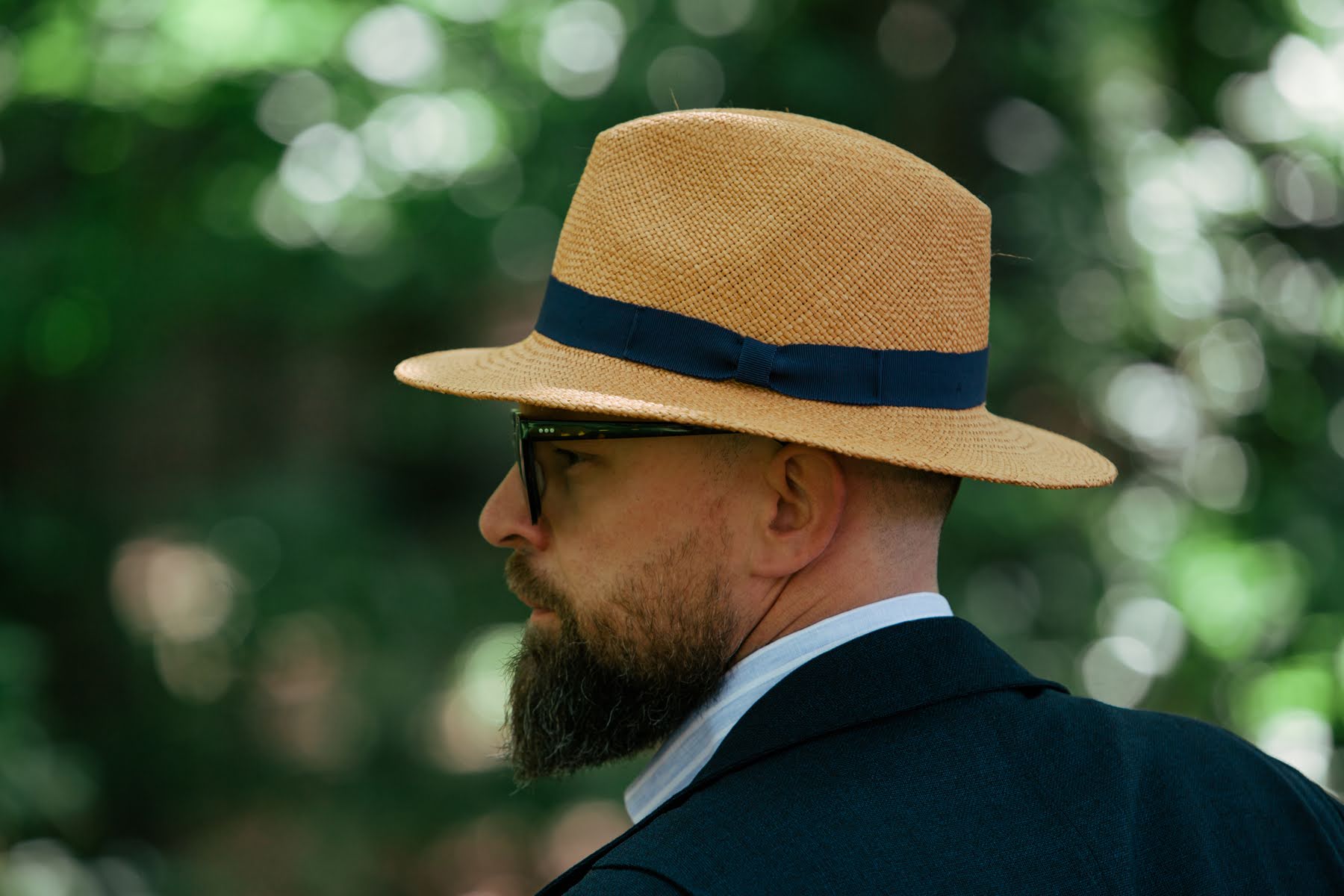 What specific hat should you choose to have the best chance of looking good?

First, a colorful one. If you are aiming for a very classic cut (fedora) and you have doubts whether you will handle it, help yourself with bolder colors - instead of gray or (even worse) black, choose a happier shade of brown (rusty?), dark green or navy blue as they take away a bit of seriousness of the hat. Sure, it might not be the most versatile headgear then, but it will make a great accessory. This lets you compose some more playful, maybe even wilder, outfits that will help you stand out - because choosing to wear a hat you don’t really want to blend in with the crowd, right?

Second, a summer (straw) one! Of course, this is not exactly an alternative to the first suggestion (this one you will wear only in the heat, and colored wool… is rather better for the rest of the year), but it is definitely the easiest way to start wearing a hat. Practicality is the key word here - what shields your head from the sun and heat better than a straw hat? There is no discussion like "why are you not covering your ears, you will get cold" or "why are so smart, take it off your head", because you have an additional argument that is hard to argue with. That's why probably the most versatile option EVER is the panama hat - you can wear it either with shorts or a summer suit and always look good. Also, almost everyone, regardless of age and looks, can looknatural in it only if only the circumstances are right (think: holiday, beach, tropical heat…). 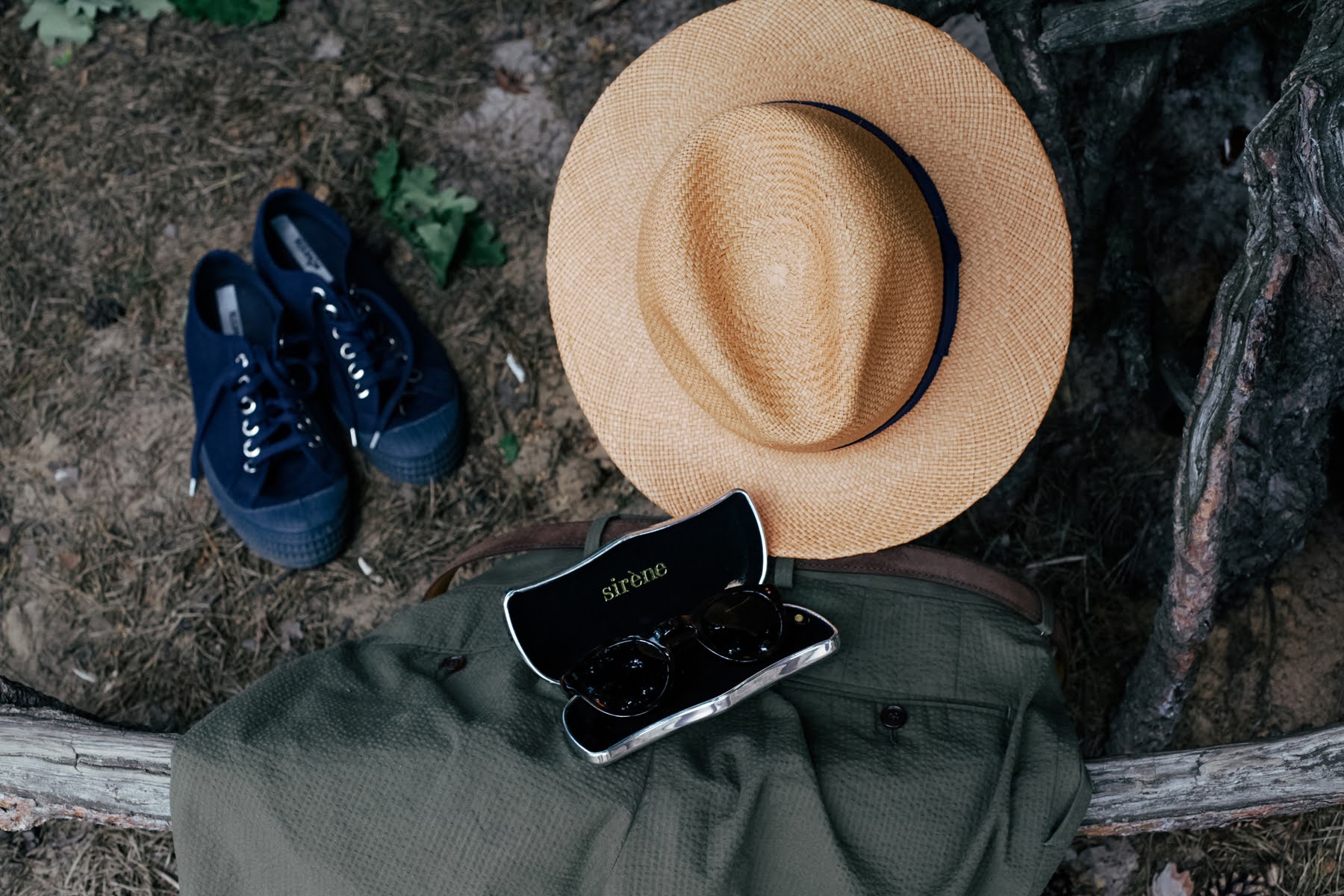 Slowly getting to the summary - although I do not think that I am already a hat convert (this season I still opt for baseball caps), these arguments convince me. It is even possible that I will be converted soon - after all, recently, when I talked to Kuba Ziółkowski (greetings for the entire Poszetka Krakow team!) about buying a panama hat, I advised him against it… and fortunately he did not listen to me. He pulled a trigger and now rocks it looking really good, contrary to my predictions!

The power of an example works best - so if you are wondering whether you will look good in a hat and which should you choose, seek it. Browse through a lot of pictures, get inspired. Look for those that are similar to you - people of similar age, looks and build, sporting similar style - and make a decision based on that.

And if somewhere along the way you find that I was wrong in this article, formed the theses too bold and unnecessarily made you fear hats - all the better for you. Good luck!

4.89 / 5.00 2986 reviews
IdoSell Trusted Reviews
2022-08-08
Great fit, great fabrics, great sartorial style for an affordable Price !
2022-07-16
Top
View all reviews (2986)
This page uses cookie files to provide its services in accordance to Cookies Usage Policy. You can determine conditions of storing or access to cookie files in your web browser.
Close