If we ever had to run a contest for the most breezy shoes, the final round would definitely include sandlas, flip-flops and espadrilles. However, if we had to count the style points and take them into consideration, these would definitely knock out the former two.

We shall begin our articles with a few words on espadrilles’ origins and what they exactly are. Their looks are strongly tied with the materials used to their production and the history that goes as far back as… 4000 years, probably.

Although the early beginnings could likely be traced four millenias back to these ancient times, we would like to skip those years and focus on “just” some several hundred years of modern, docuemnted espadrilles history. The first time they were ever mentioned in a written form - as espardenyes, in Catalean - was in 1332, directly referring to a specific kind of shoe with a rope sole, worn in Pireanyan.

The name itself describes their appearance - or more precisely, the materials they are made of. Esparto (halfah grass) is a fiber that is widely used for ropes production, including those that become espadrilles’ sole. That is the key thing that defines these shoes - uppers can be made of either cotton or linen canvas, suede or even leather (or commonly nowadays, synthetics), but the base just has to be made of this plant. Also, the widely-recognised classic version has uppers made of two pieces of cloth, one to cover the toes and the other to hold the heel in place. 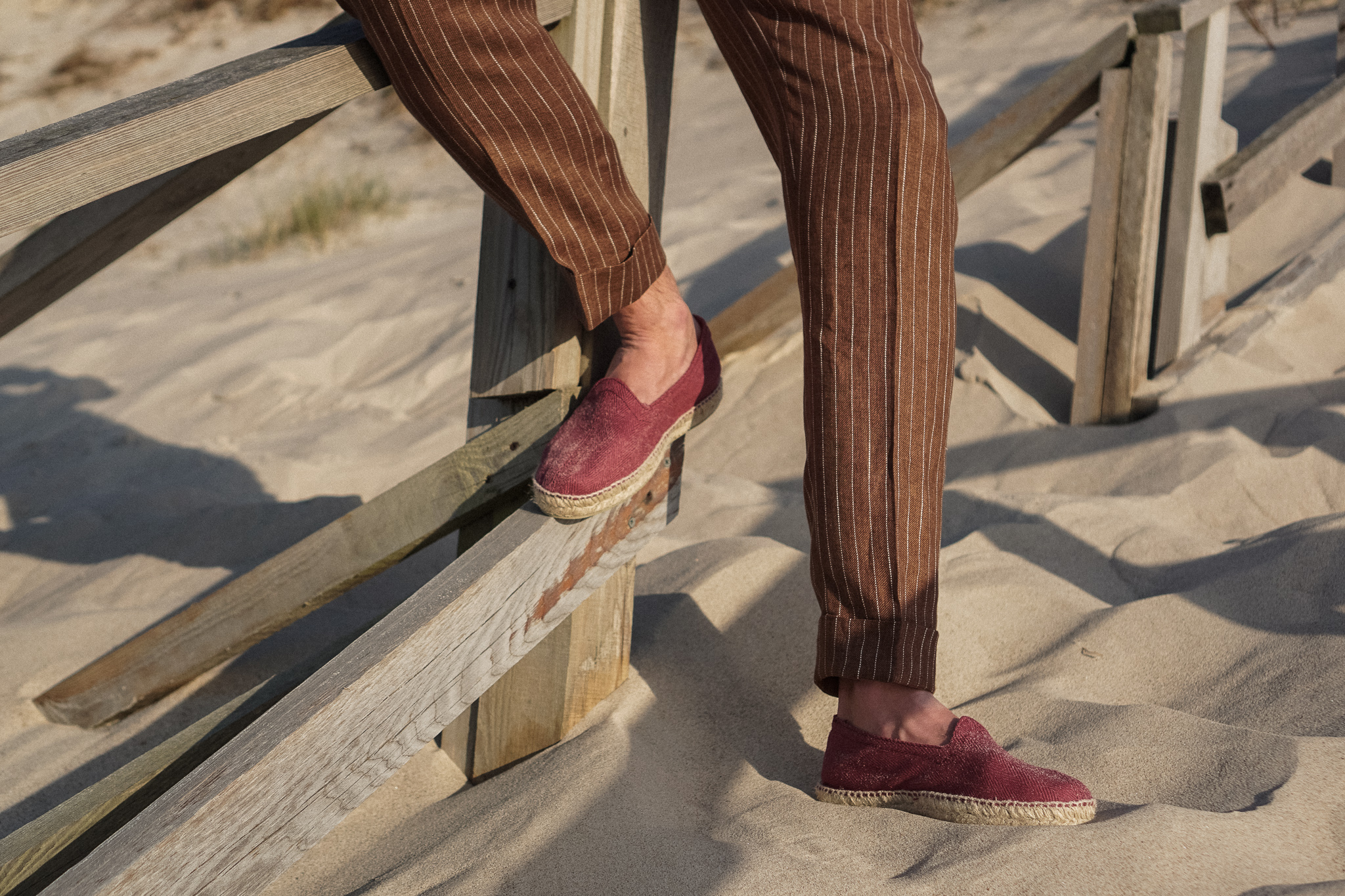 Although these shoes are known as Spanish and are primarily manufactured there (but sadly more and more are made in Asia, particularly Bangladesh, nowadays), we have to mention the French and their role. Well, they also (mainly in the west) used to wear espadrilles as a traditional footwear - but more importantly, they are responsible for the name we use today internationally and for espadrilles’ 20th century mass popularization.

Fun fact - it was the Yves Saint Laurent who “discovered” and greatly helped Spanish producer, Castaner, gain international popularity when he searched for a producer capable of making wedge-shaped espadrilles for women. From a French designer’s wild idea, they became an easily available staple.

However, the thing that interests us more - men’s espadrilles - didn’t get so many new interpretations or modern variants. They stayed roughly the same as they were centuries ago, made the same way - first you take the fibres and turn them into a braided rope, then you shape the sole using this rope, sew it altogether (that’s where some changes occured - it used to be purely handsewn, now machines provide some help with this tough step), attach the upper to the sole with a few stitches and voila, there it is.

You could say that the only big invention that happened over the years was the new possibility of vulcanisation and attaching a thin rubber sole to the rope. That’s how the majority of manufacturers do today, because it makes espadrilles tougher and let them last longer.

Nowadays, espadrilles have their own place in our culture. No one sees them as some kind of peasant shoes anymore, lots of big designers, fancy clothiers and expensive boutiques offer them for tons of money, almost everyone recognizes their shape and has worn these shoes at least once. Picasso, Dali and JFK used to wear them half a century ago, Don Johnson playing Sonny Crockett paired them with summer suits in the 80’s. They are stylish, summer-appropriate, comfortable and cheap. Perfect combination?

It seems that yes, indeed! 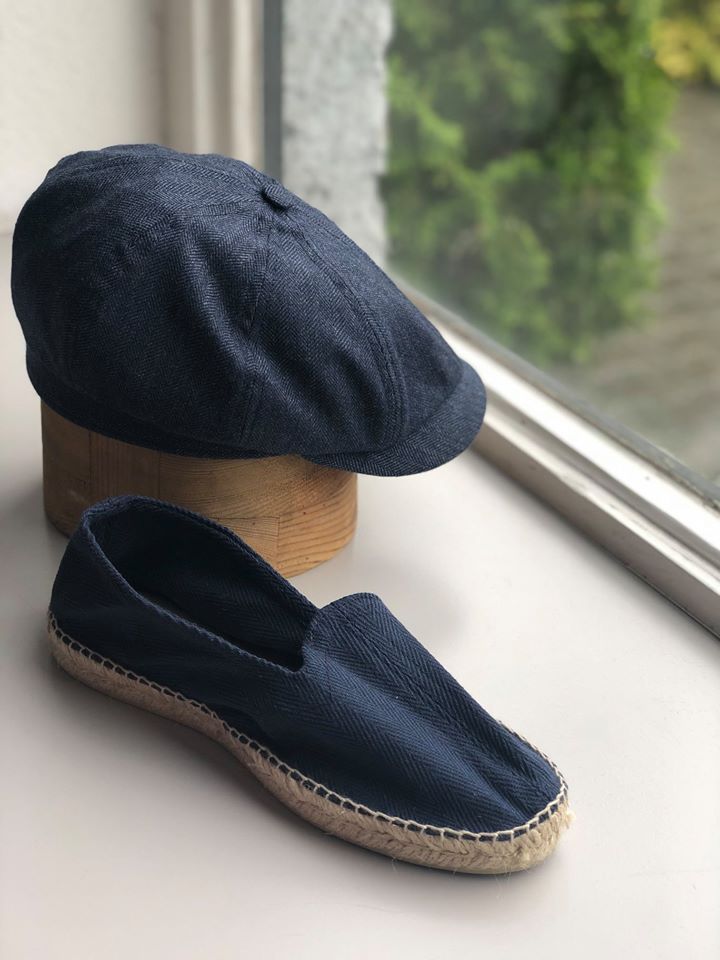 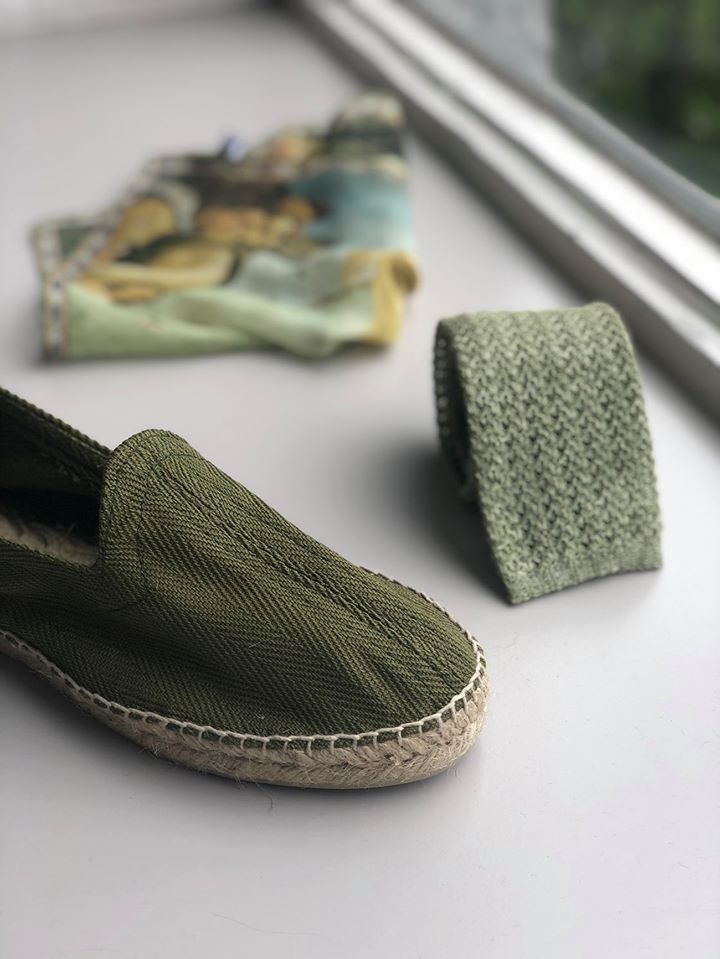 ...or at least perfect enough for Poszetka to introduce them as a part of new SS2020 collection. While I’m writing these words, the first batch is already sold out, but the quick restock is on its way.

Poszetka’s espadrilles are made in a traditonal way by a small manufacturer from La Rioja province of Spain, using the right materials and just a few modern technologies to support the process. The uppers are made with a herringbone cotton canvas, a subtle detail that makes them more sartorial and menswear-appropriate.

And what to wear them with? 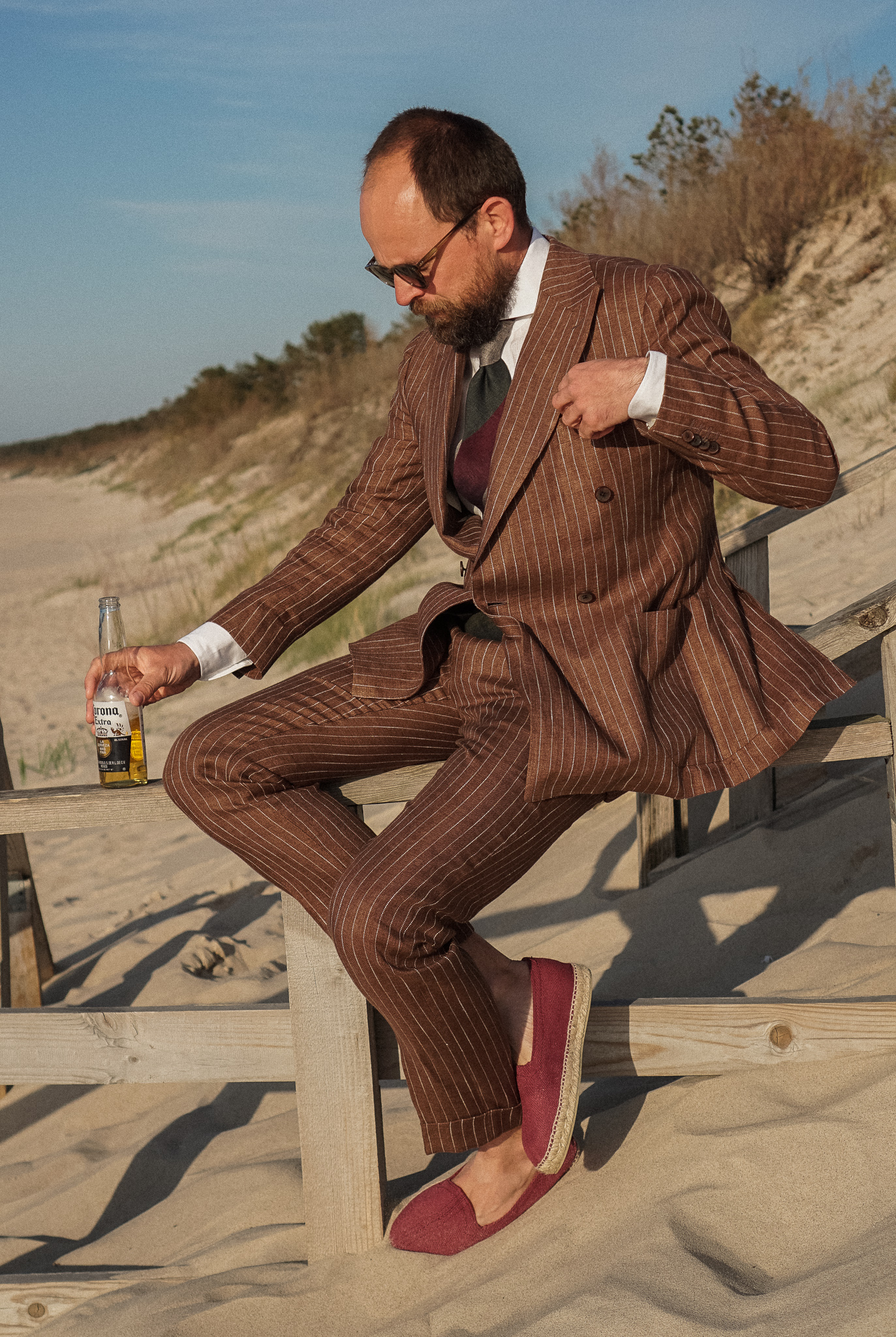 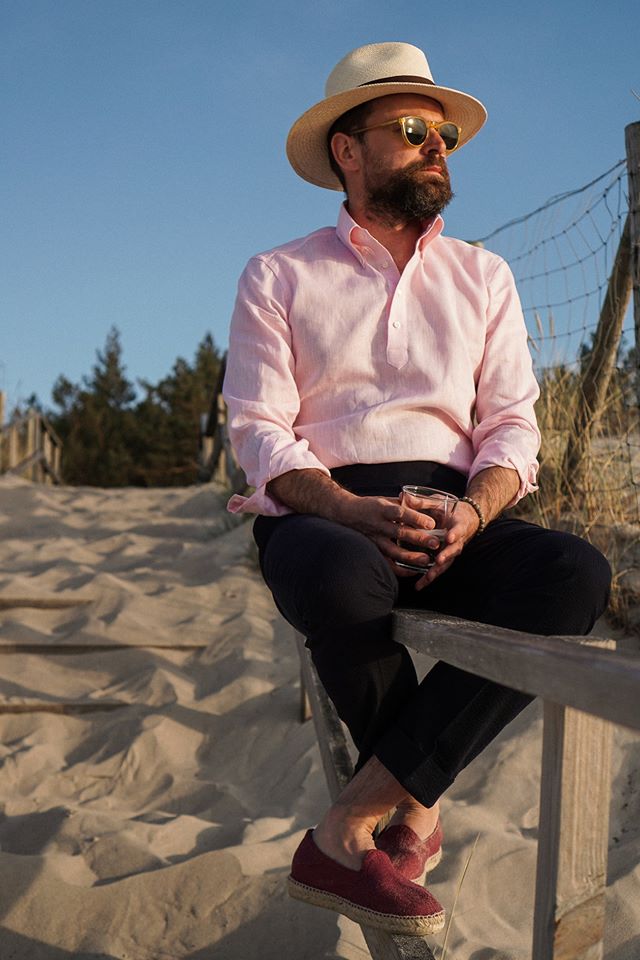 As with lots of clothes that had been there for ages and are now deeply-rooted in culture, espadrilles escape from typical formality classification and rules. Although they are extremely casual, we love to wear them with summer suits and lightweight jackets, preferably made out of linen or seersucker cotton. The effect is surprisingly coherent!

(Advice: if you aren’t sure that this combo will work, think about the colours and match your espadrilles with one of those already present in your outfit - eg. white with a white shirt, navy with a navy jacket etc. It works (almost) always!)

Also: all kinds of casualwear, summer pants, shorts, airy fabrics, beach, sun, summer strolls on seaside boulevards. If the vibe is right, the rest will just work out!