An Alternative To Linen: Cotton Seersucker

Summer is coming - and it seems that it will be even hotter this year. Such a weather needs a proper cloth to combat the heat in style, especially if we cannot (or just don’t want to) abandon suits completely. Here is our proposition - cotton seersucker!

Seersucker is easily distinguished by its rough, striped texture. Every other line is puckered, while the rest is flat. This effect is created by the slack-tension weave - a process in which groups of yarns are under different tension, what makes some bunch together and wrinkle.

Usually the effect is emphasized by using two different yarn colours for that (although it doesn’t have to be so, seersucker can be monotone!). Traditional choices are white (or ecru) and blue, white and red/pink or white and yellow/beige. Sometimes (but not very often) stronger colours like orange, purple or bright green are used. 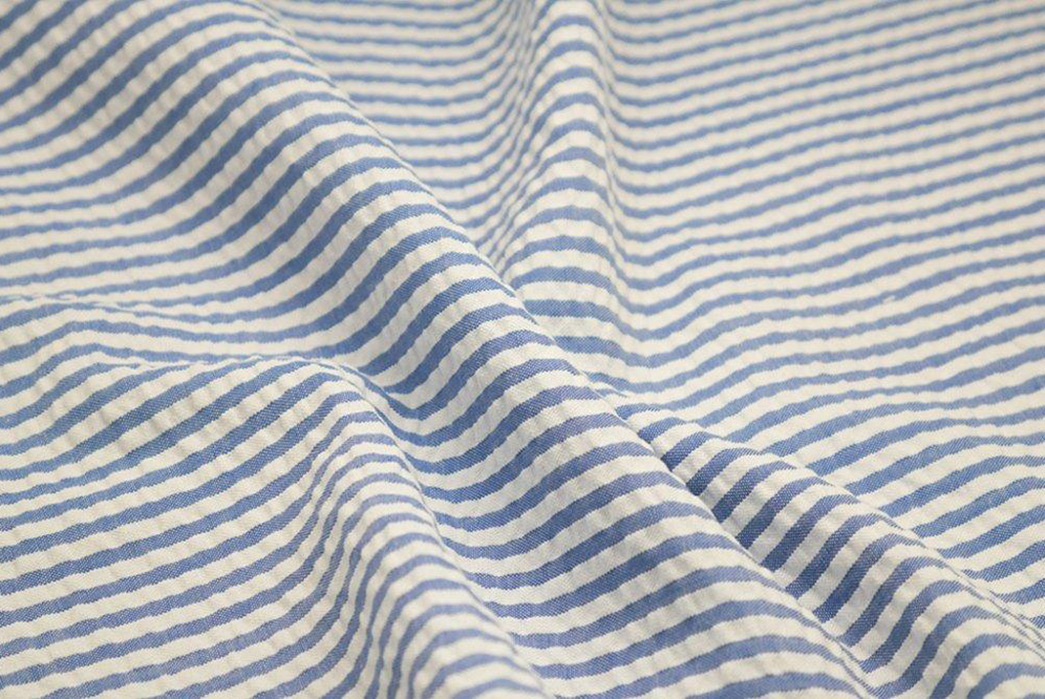 Before we go further into seersucker’s cultural background, it is worth mentioning where did this term come from. Name “seersucker" derives from the Persian language - words "shir" and "shakar", milk and sugar. They described the texture of the fabric - smooth (milk) and rough (sugar) at the same time. Some people also connect it with the supposed original fabric colours (white and beige), although this thesis is not really confirmed.

Now let’s move from Persia to the USA, to the 20th century and focus on modern cotton seersucker history. Many sources claim that the breakthrough happened in 1909 - a year when Joseph Haspel Sr. from New Orleans introduced men’s seersucker suits. They quickly became very popular in the South, praised for their comfort and practicality in a hot and humid climate.

Well, the combination of light colour and rough, porous texture made cotton seersucker suits the perfect choice for summer. The fabric stays away from the skin (helping air circulation), wicks moisture away well and dries quickly. It also does not crease like linen and is easy to iron at home (although it hardly ever needs any pressing). 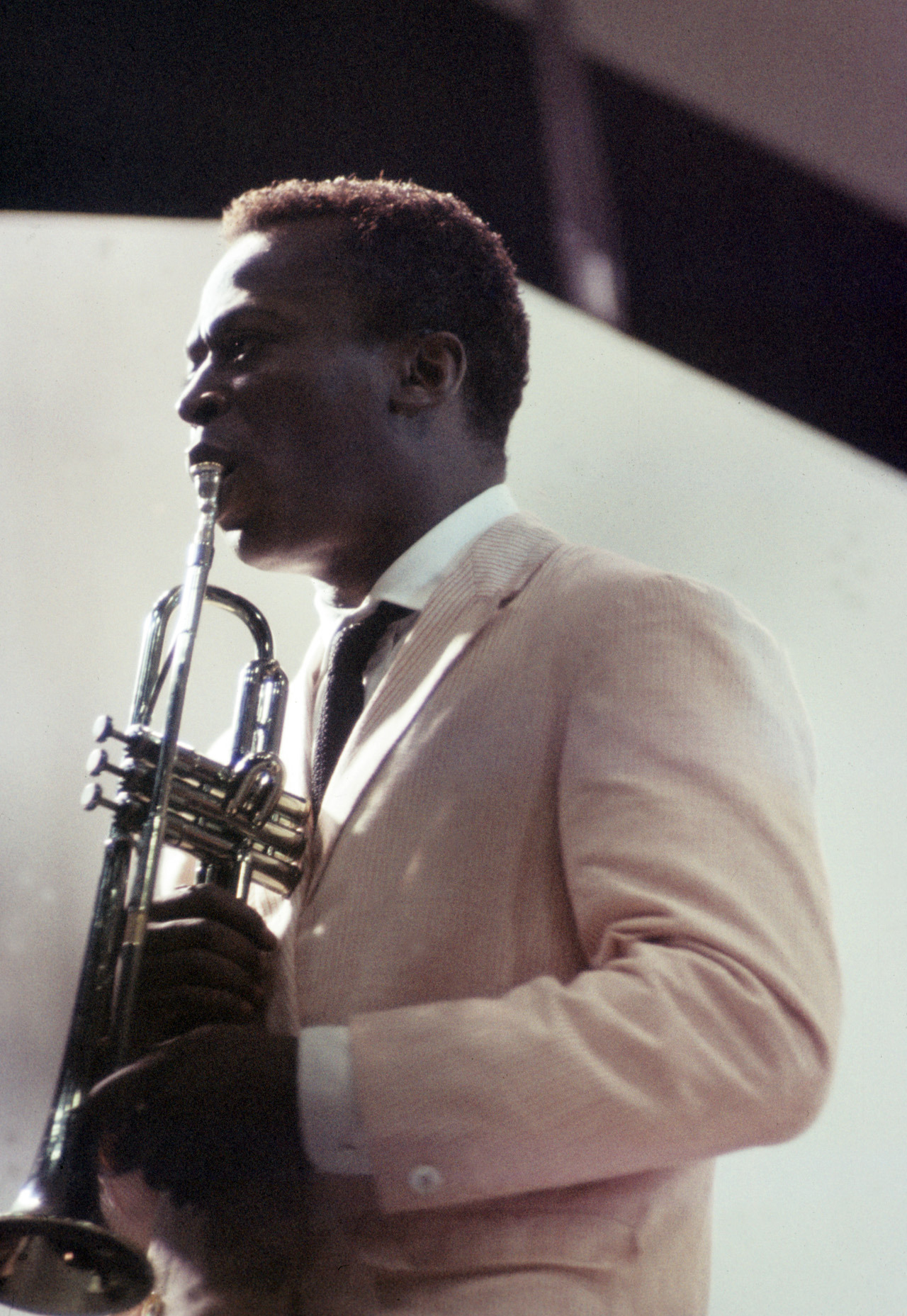 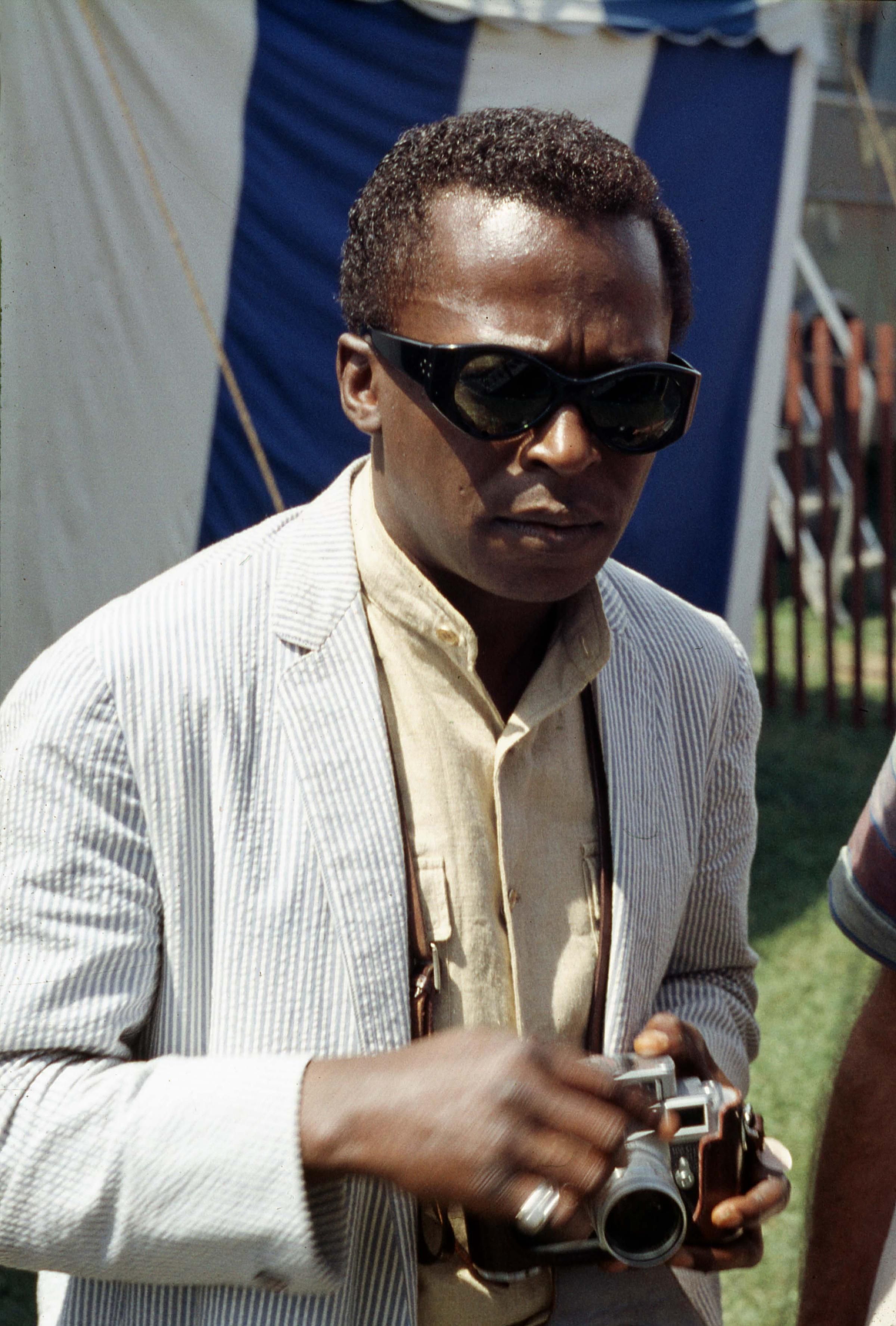 From the hot southern states of the USA, the fabric finally found its way up north, including Ivy League campuses, which again proved important for the history of contemporary men's style. Seersucker suits celebrated their peak of popularity in the 1950s, the era of offices with no air conditioning and strict dress code. For a brief moment they became a widespread trend, worn by everyone - businessmen, ordinary clerks, university students and jazz musicians. Even Miles Davis himself wore them and was pictured wearing one in white and blue stripes on the cover of At Newport 1958 album.

Later, however, an inevitable change happened and seersucker suits went out of fashion, becoming a part of the world long one. A new stereotype (still sometimes echoing in the popculture) was born: an elderly men wearing a combo with pastel shirt, a bow tie and correspondent shoes, sipping mint julep while sitting on a porch of his house in Alabama, next to a giant Confederate flag, missing the times of legal slavery.

One could think that it was the end for seersucker, that it finally met the same fate as cylinder hats, bowlers or pocket watches previously did. Well, it didn’t. 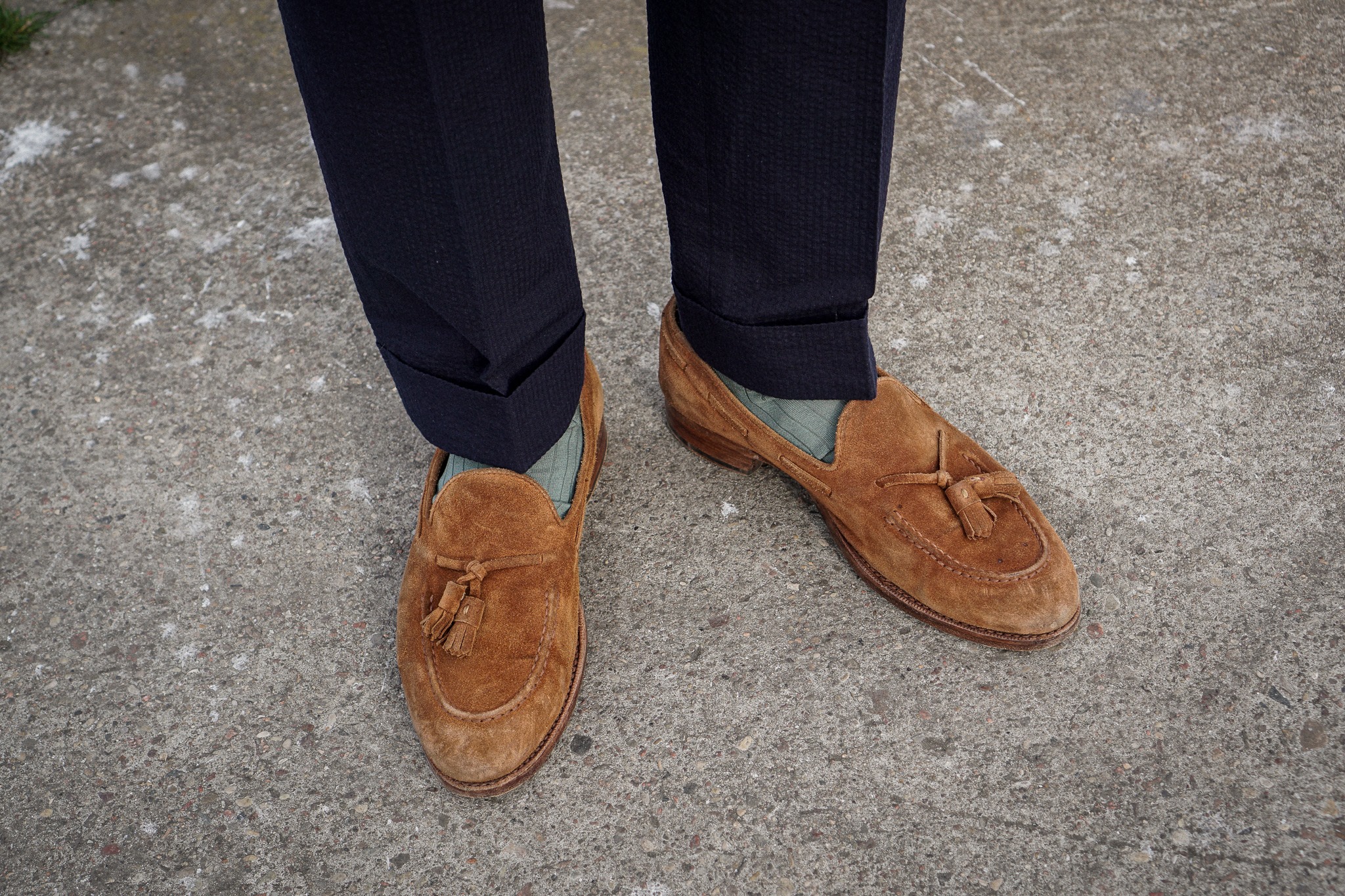 The fabric has been making its comebacks from time to time, usually still in the colorful, striped form, but rather as individual pieces of clothing: trousers (also women's), shirts, shorts and blazers. Entire suits made of it were rarer (and dangerously near the stereotype), but still possible to get. During the preppy renaissance of the late 00s/early 10s, seersucker even managed to become cool once again and made a return to many American (not only) brands collections, including the more youthful ones.

However, the real breakthrough in terms of seersucker’s versatility and its image among menswear enthusiasts happened only in the recent years, think 2-3 past summer seasons. Huge renowned mills began manufacturing this fabric in suiting quality on bigger scale again. Some new versions were introduced - single-coloured seersucker in particular. 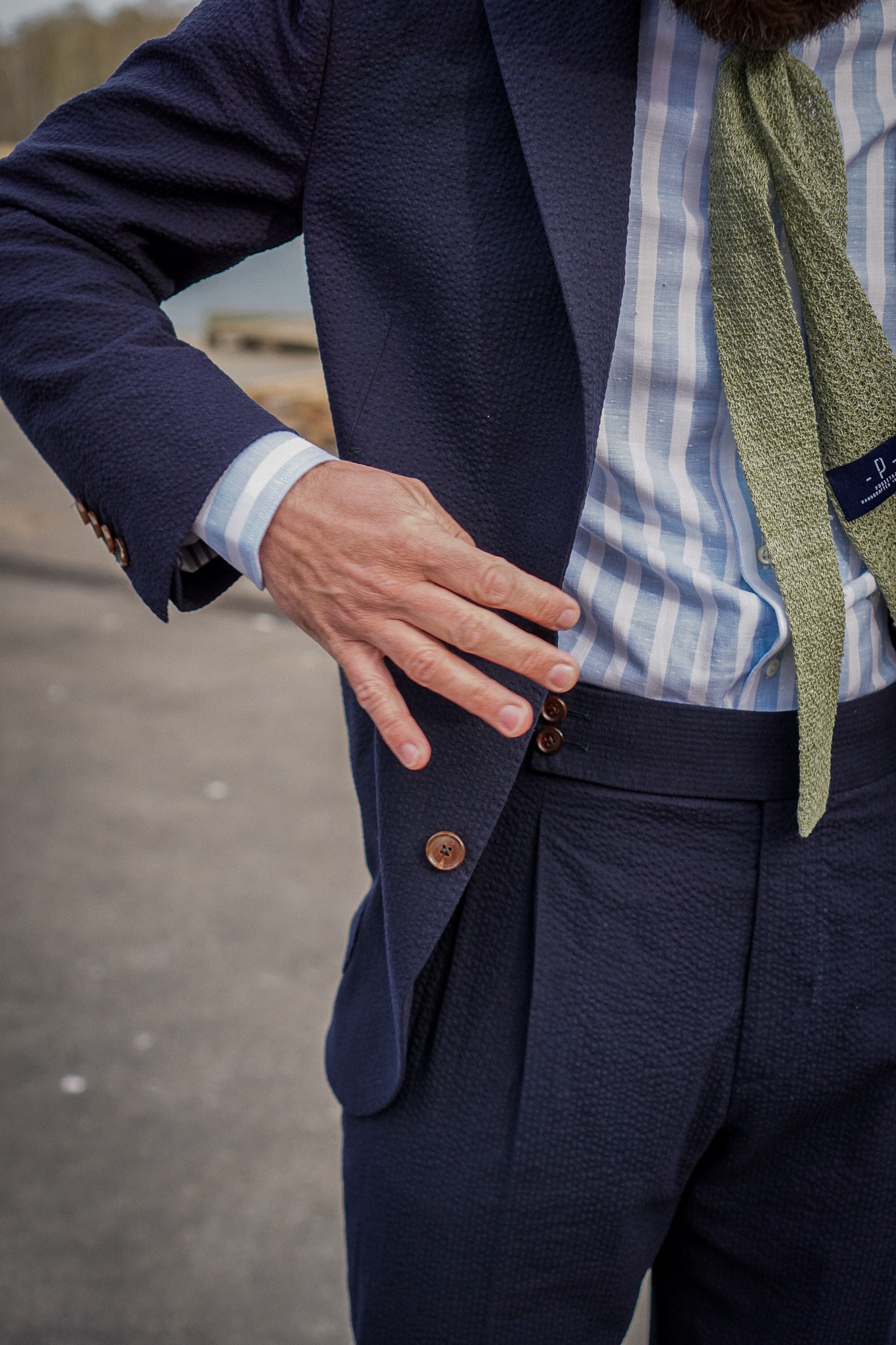 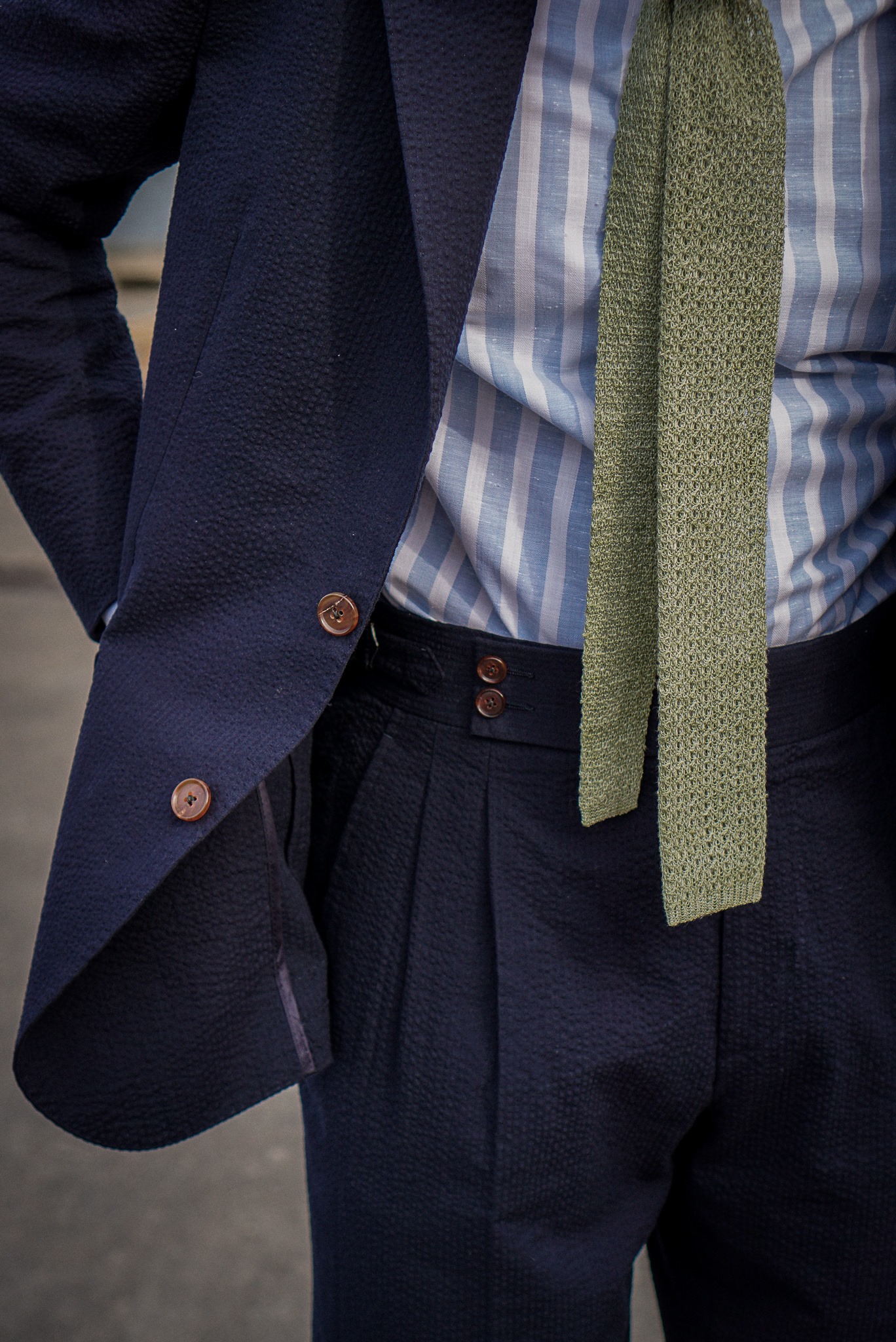 Yes - it may sound surprising, but finally it was the ultimate simplification that made the fabric look fresh again and gave it its second life, without all that difficult cultural links.

Single-coloured seersucker - in navy, white, olive green - made its way into fabric books and onto swatches, later turned into whole suits, whether bespoke or RTW by some modern brand. It has become a serious rival to thin plain-weave cottons, coarse linen and tropical woollens. Modern cotton seersucker carries all the advantages of the original (breathability, lightness, low maintenance) and almost none of its disadvantages (stereotypes and connections) - this statement may sound a bit naive, but it’s surprisingly hard to battle.

In today’s dressed-down world a summer suit made of such a fabric is terribly versatile - professional enough to wear with a tie, cool and light enough to wear over a t-shirt. 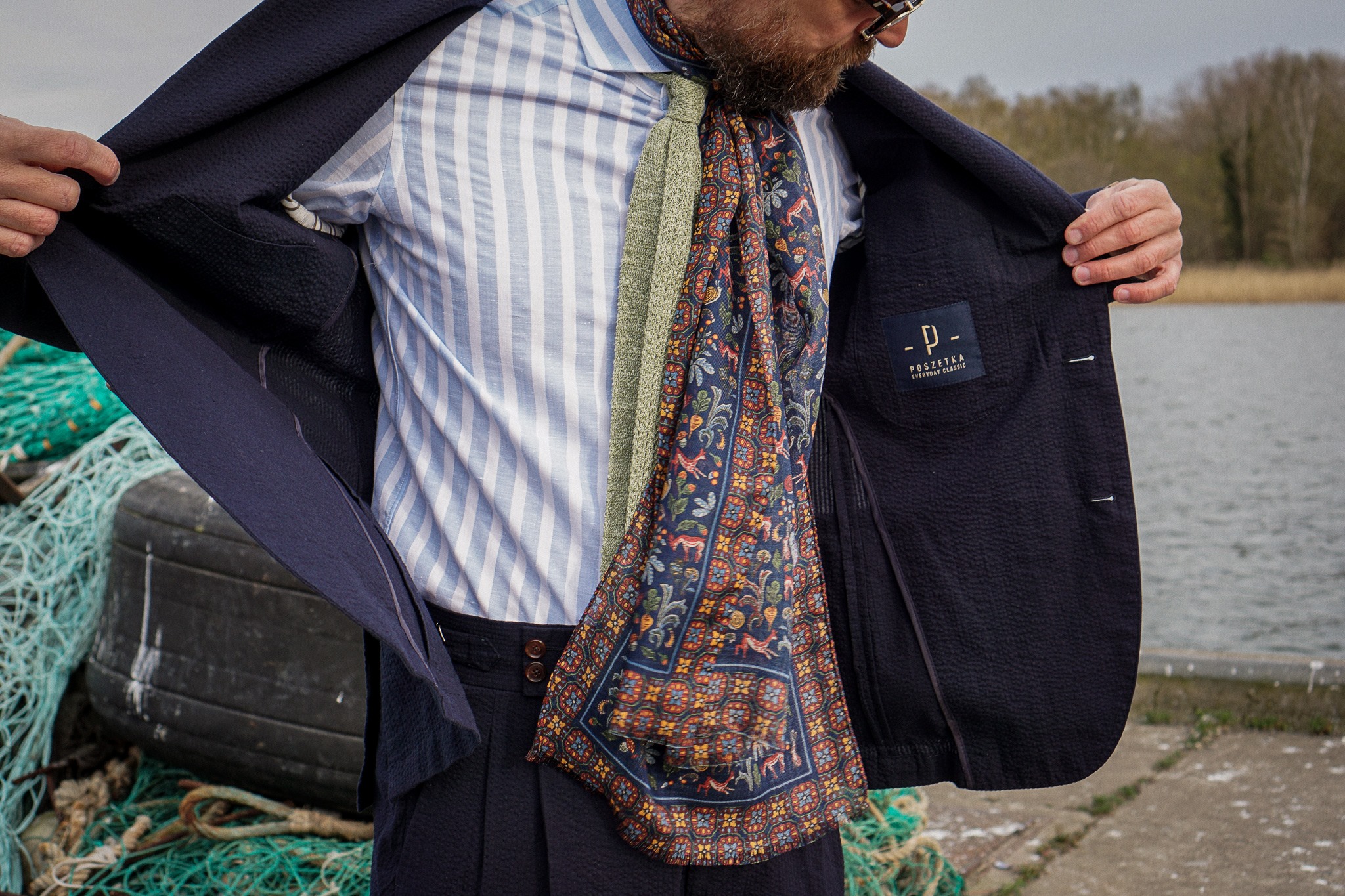 In this season’s Poszetka collection such a suit, made of japanese cotton seersucker, is present. It is definitely not an ordinary navy classic, made for serious business - it should rather be called a fun suit.

But can it be a wedding suit? Yes, if the ceremony is held on the beach or in the garden. Can it be worn for work? Nowadays, in majority of businesses, yes. And can it be worn just without any particular occasion? Easily! 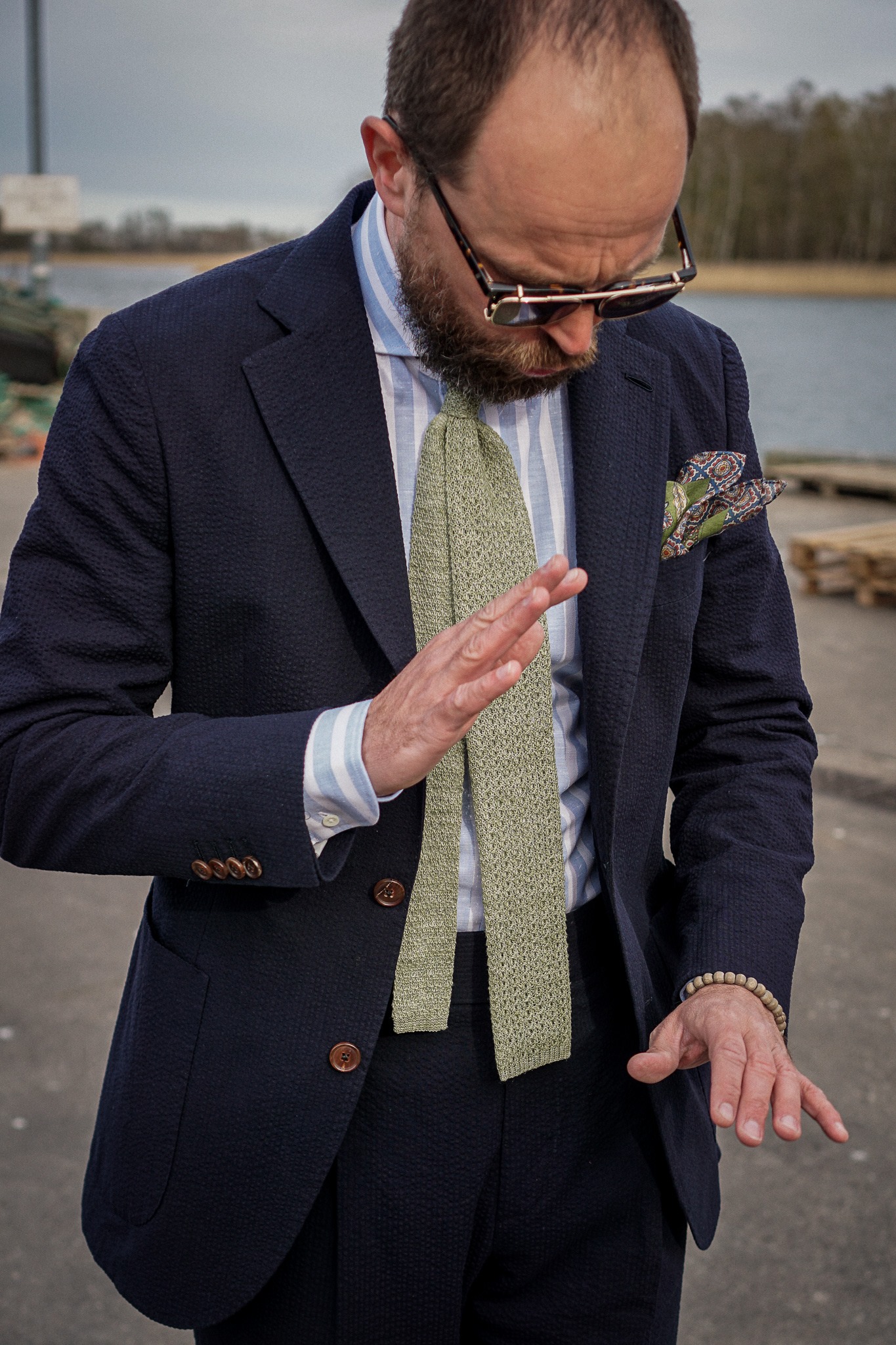 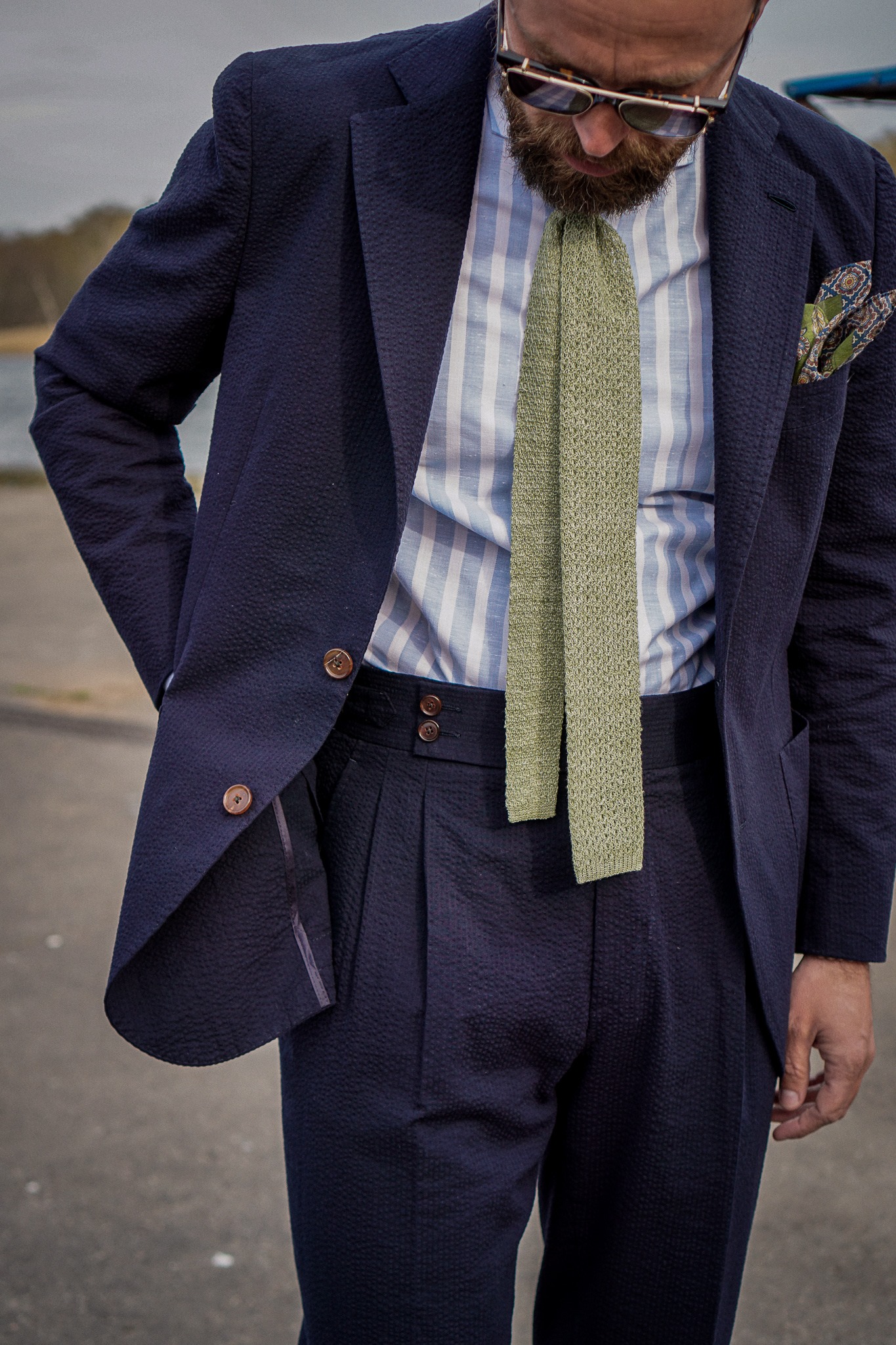 We won’t be trying to recall all of its virtues now once again, we’ve already mentioned them earlier. Instead, we want to say one thing: we just can’t wait for you to test all the possible outfits involving that piece, there are just so many of them! Linen shirts, breton stripe t-shirts, unbuttoned popovers, polos… You could easily name a lot more things that match it perfectly.

To sum up, I'll just add something personal - I have a feeling that my tobacco linen suit will have a strong rival this season.

4.89 / 5.00 2334 reviews
IdoSell Trusted Reviews
2020-06-26
Beautiful garment, but poor quantity in sizes. Will buy again though!!!
2020-07-14
superfast delivery, everything perfect, as always. top seller!
View all reviews (2334)
This page uses cookie files to provide its services in accordance to Cookies Usage Policy. You can determine conditions of storing or access to cookie files in your web browser.
Close