The “in-between garments" are gaining popularity. They are generally the less formal substitutes for a jacket, be it an overshirt, military jacket or a thick jacket-like knits... What about the safari?

Due to the weather conditions in which safari jackets were used, they were usually made of thin and airy fabrics - cotton poplin, canvas or linen. Even in the second half of the twentieth century, when they finally became a part of a pop culture (thanks to such figures as Ernest Hemingway or James Bond), they still were presented mainly in a summer-casual form, sometimes even as whole suits in bright earth tones. 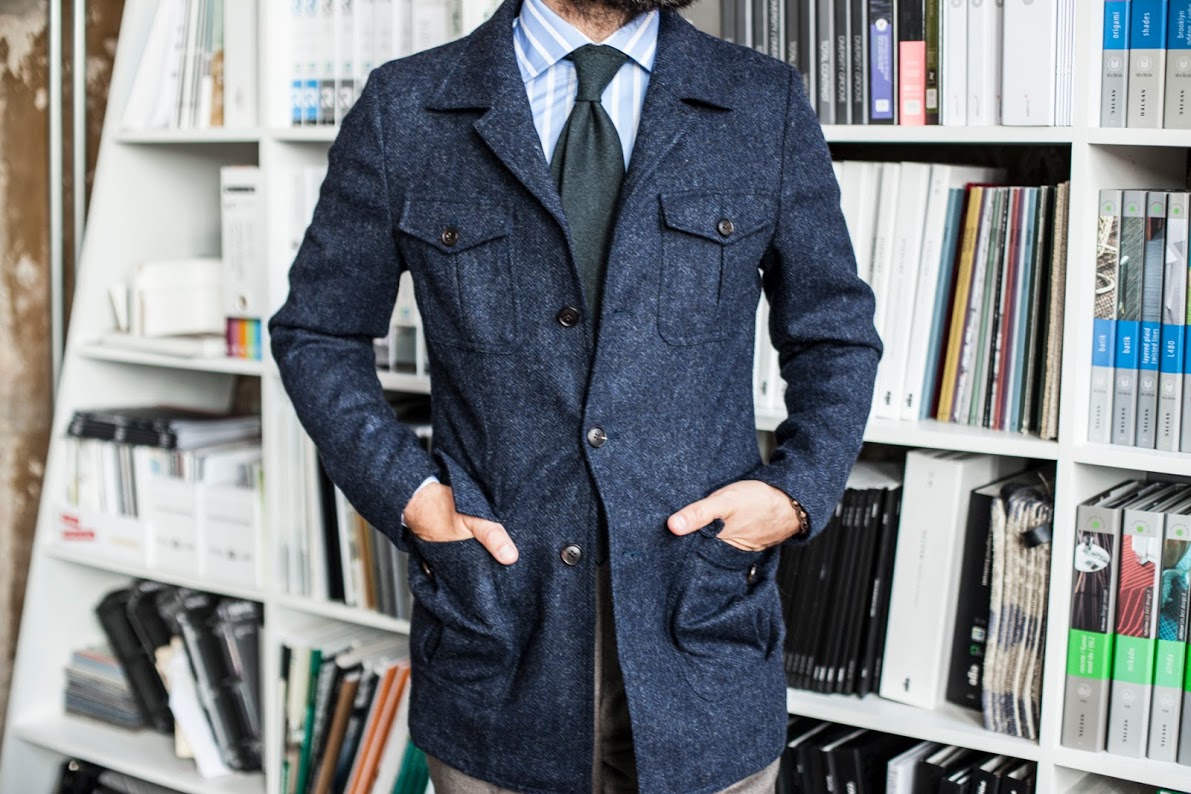 That's right - the safari jacket was historically a casual alternative to a jacket, whether in suit-like sets with pants made of identical fabric or as coordinates. The influence of this can be seen even today - the jackets a'la safari now appearing in the collections of many brands are usually cut just like jackets, fitted rather close to the body, designed as a layer put directly over a shirt or a t-shirt. It happens that (similar to a jacket) they are even presented together in a set with a necktie.

There is something appealing in this pairing - on one hand there is an aura of politeness (tie tied) and stylistic benefits of having a jacket (emphasized shoulders and waist) and on the other a scent of adventure (it's not a jacket, it’s a.. safari jacket) and great practicality (lots of large pockets). Although it is not a perfect substitute for the classic coordinated set, under certain conditions it may have even greater usability. 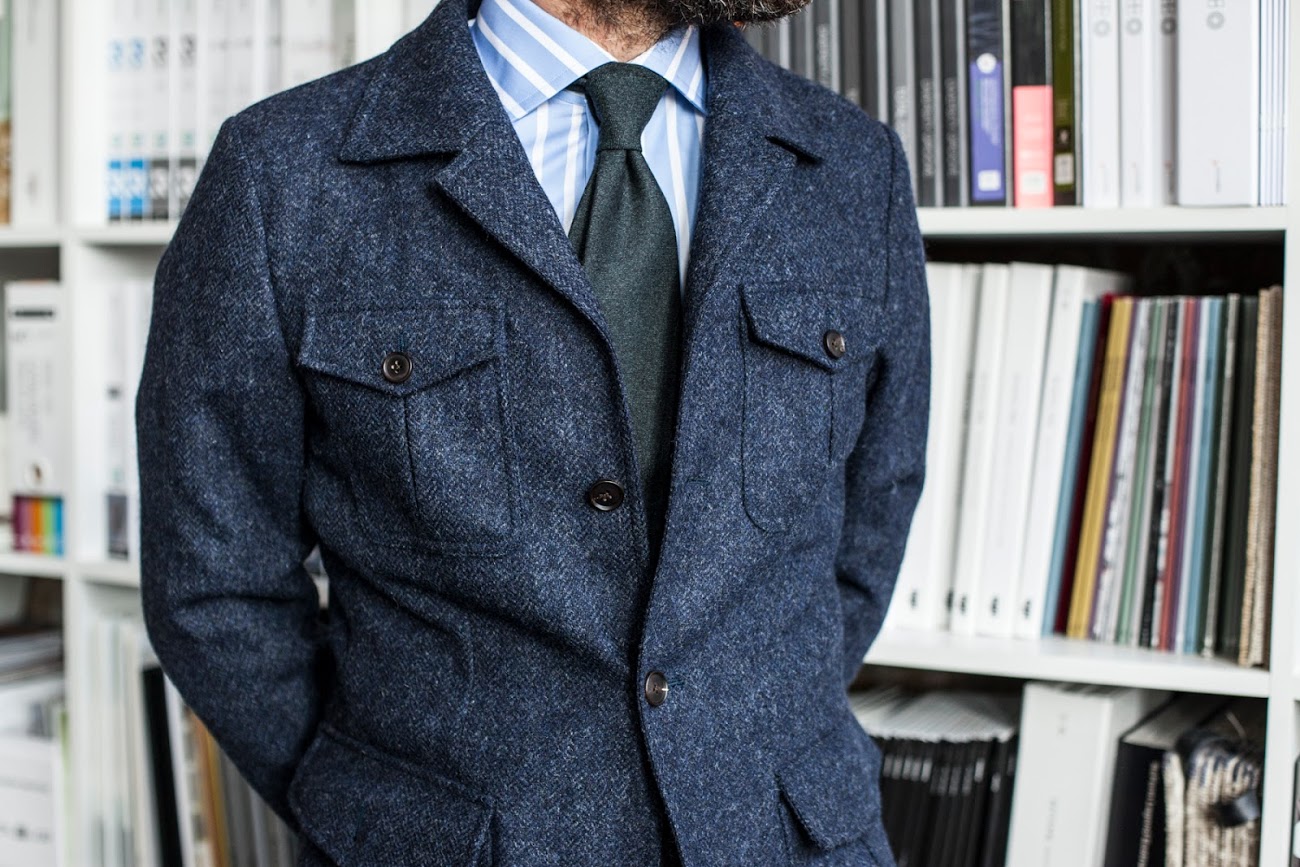 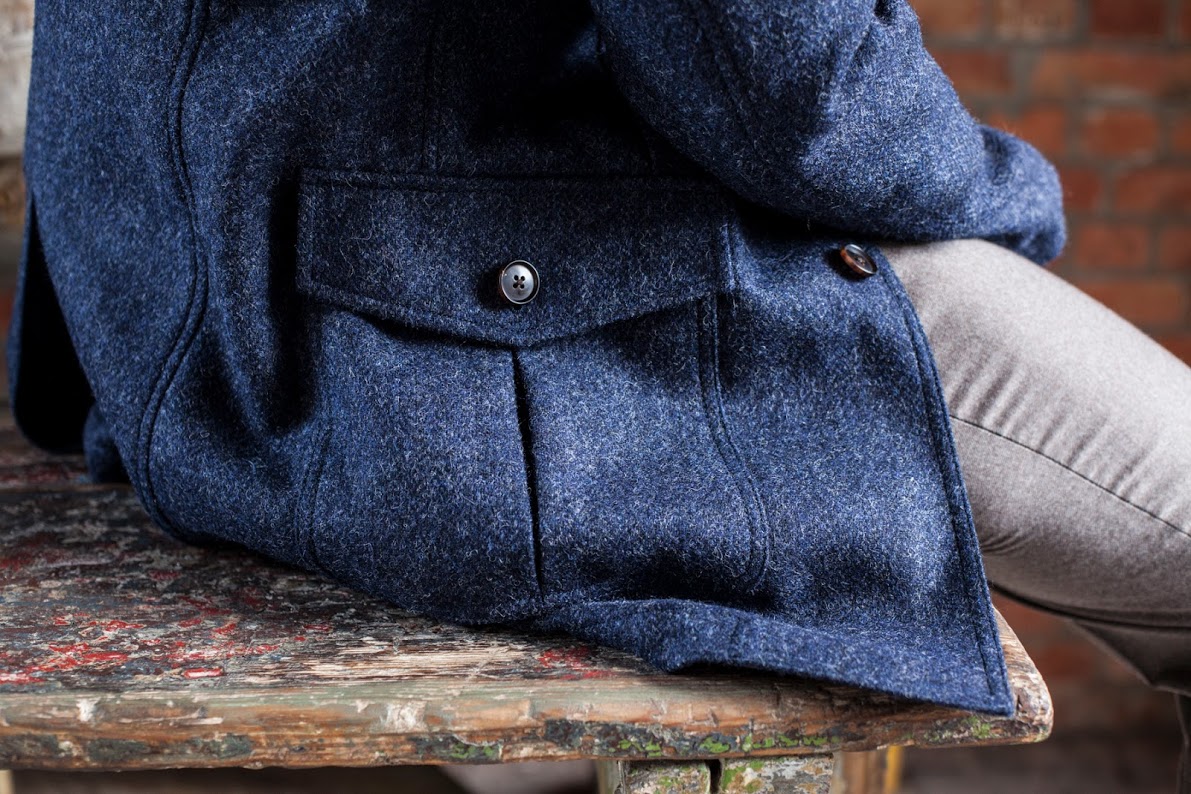 It would be silly, however, to completely give up such a practical wardrobe element (and the possibility of creating many interesting sets!) just because in its original form it does not meet modern needs. Today, when majority of us have only heard about hunting, technical clothing is chosen for outdoor activities and the number of layers is kept minimal when the weather is hot, it is worth to limit more traditional pieces of clothing only to the conditions in which they can look good and be really useful. 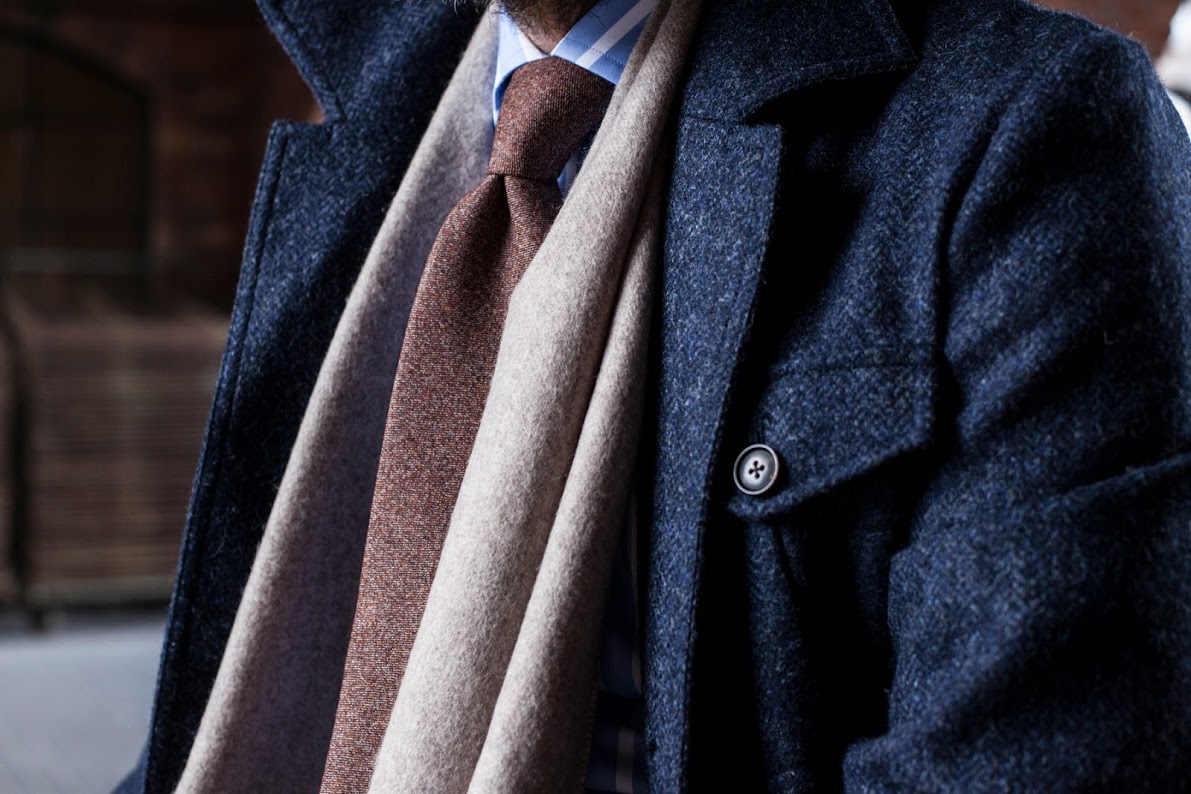 For a safari jacket, this may mean cutting it from a cloth that matches rather the word "jacket" than "safari" - so one that is slightly thicker, suitable for those times of the year when jackets and sportcoats are worn as the top layer. For the more classic - not to say "sartorial" - variants it may be rather rough and spongy jacketings, such as tweed or flannel. Such a safari jacket will be a less formal alternative to a similar sportcoat, suitable for the casual work outfits or for the weekend. 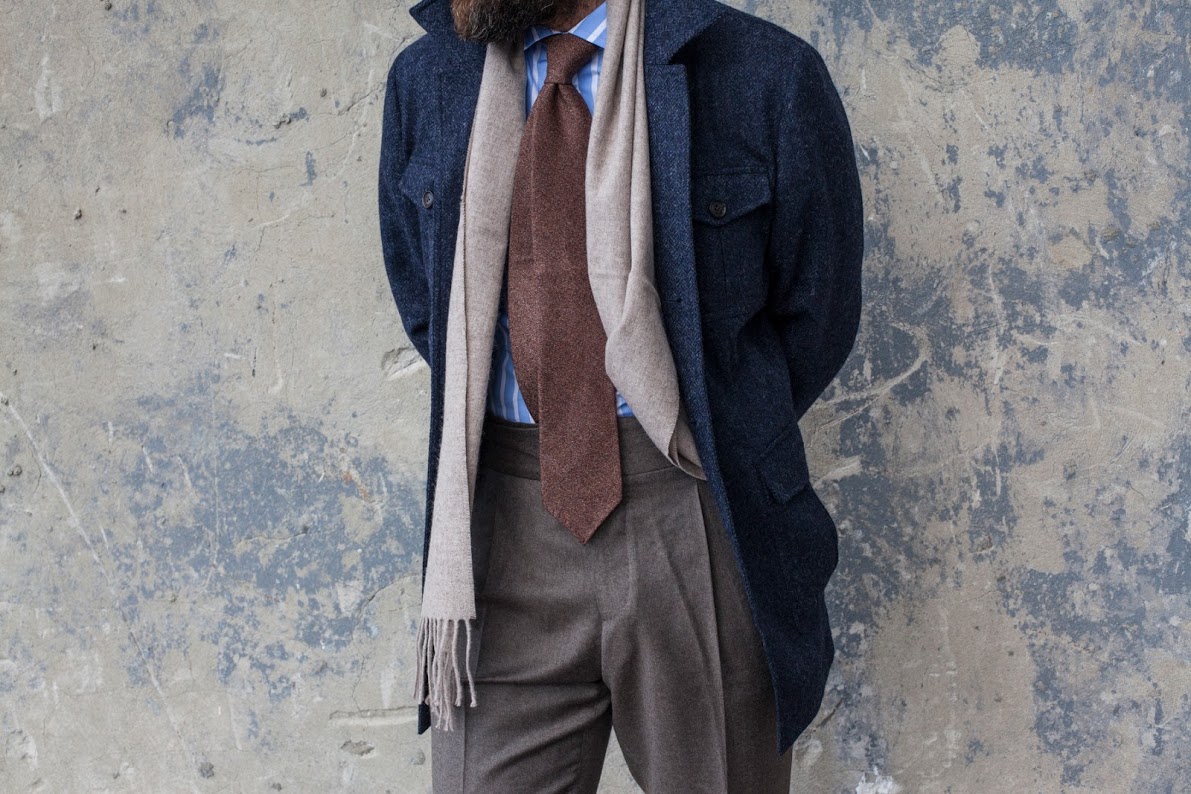 Poszetka’s new FW19/20 collection features a safari jacket exactly like that - cut from a cloth that is a true british specialty, Moon’s Shetland Tweed - jackets and sportcoats made of this fabric are already fall-winter staples! Navy blue shade reminds of a blazer, making this garment similarly practical and versatile, allowing it to be paired with a wide range of trousers and shirts. Jeans, gray flannels, beige or olive chinos and many, many more - lots of options available there. It may be easily combined with an OCBD and a knit or a woollen tie, but it will also look great with a thick, warm turtleneck. At work and on a walk, worn as a top layer or under a warm coat. 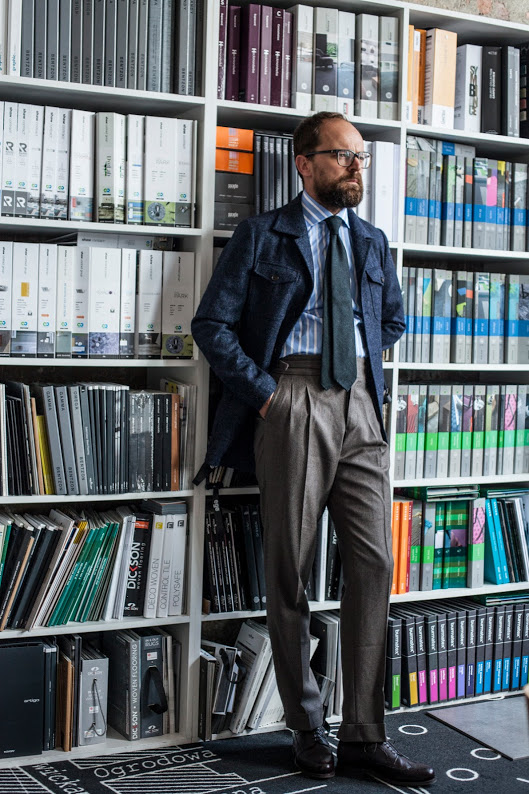 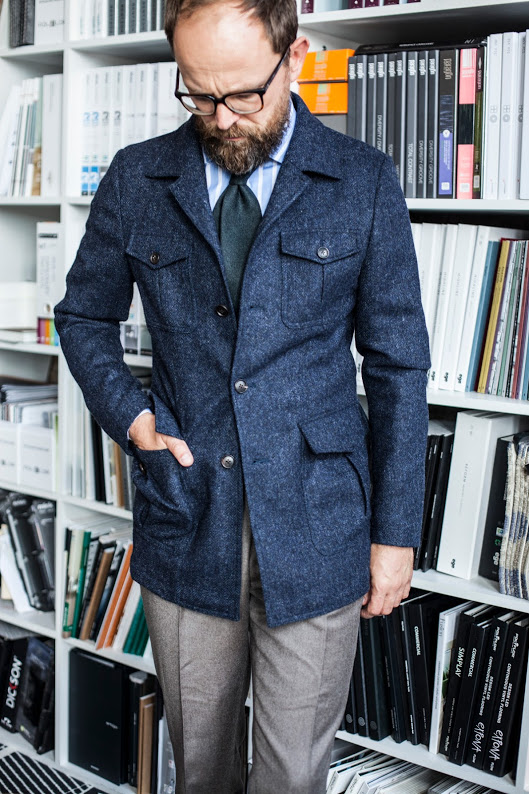 Tweed safari jacket can be as universal as a navy blazer - but more casual, more practical and definitely more unusual. Well, maybe even more modern? 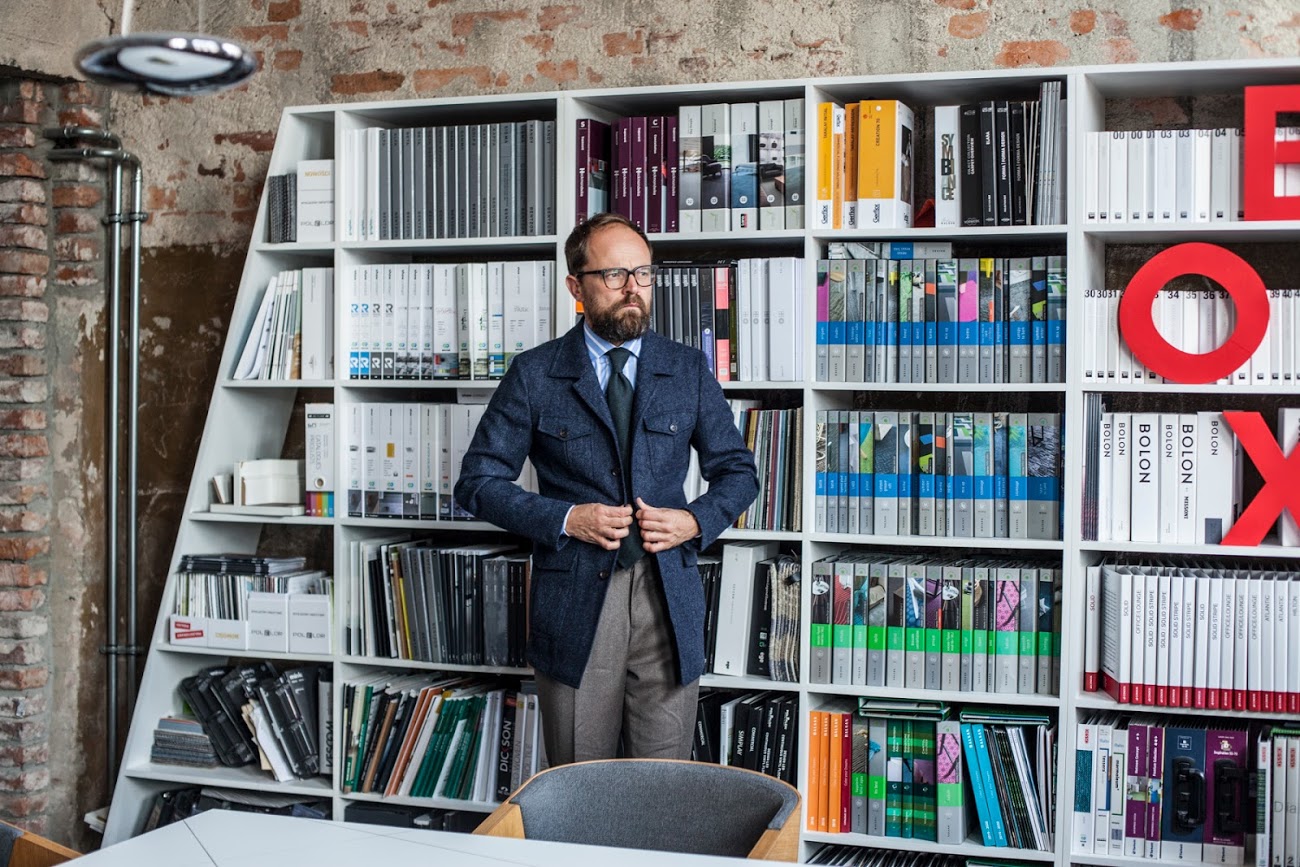 4.89 / 5.00 2986 reviews
IdoSell Trusted Reviews
2022-08-01
The order came very good and fast, the quality of the product is highly commendable. And as a first order, air pomade was a nice touch. Looking forward for further orders already.
2022-07-09
Poszetka is a beautiful brand and delivery is always on time. Thank you so much
View all reviews (2986)
This page uses cookie files to provide its services in accordance to Cookies Usage Policy. You can determine conditions of storing or access to cookie files in your web browser.
Close