Although word raglan functions as an adjective describing a way of setting in sleeve, it may mean a lot more - as a noun it describes a distinctive kind of coat, roomy and comfortable.

At the beginning of 1800s, when Napoleon's troops were conquering continental Europe, FitzRoy James Henry Somerset was serving in british forces led by Duke Wellington. The famous Battle of Waterloo for him meant not only the loss european dominance by the french emperor, but also the loss of... his own arm.

Severely hurt during the battle, Somerset's right arm needed an amputation, leaving Baron Raglan - that was the title he beared at the time - handicapped for life. Determination quickly allowed him to start using his left hand for all kinds of activities, from writing to sword fighting. However, there was a problem with the latter - uniforms at the time were quite heavy and stiff, allowing just enough mobility for able-bodied soldiers, but constraining left-handed Baron's moves.

The story goes that when the company named Aquascutum was designing first waterproof uniforms for the Crimean War, one innovation for Raglan's comfort (he was already a general, leader of british forces during that war) was created, allowing him much greater mobility. Supposedly that was how the raglan sleeve  was born, a specific way of setting-in the sleeve where there is no shoulder seam but the long, uninterrupted panel going straight down from the neck to the palm. 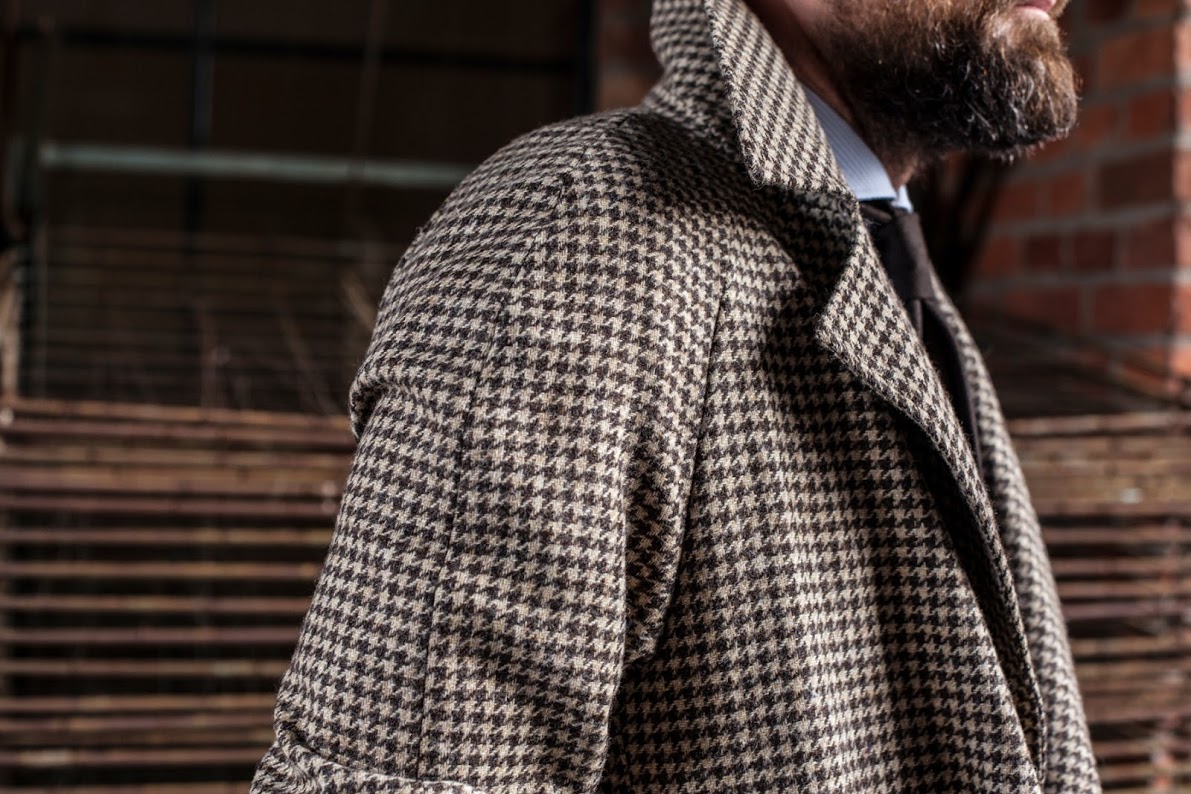 As majority of military-born fashion elements, raglan sleeve eventually found its way to civilian clothing, sportswear first. It was adapted by baseball players (traditionally cut jerseys) and probably the most fashion-forward group, polo players. Exactly - the famous polo coats, thrown over the players' shoulders during halftime, often had their sleeves cut this way, matching the coats' roomy cut.

Over the years, polo coat and raglan cut parted ways. The classic polo coat, made from soft camel wool, became a noble garment, often spotting a formal double-breasted silhouette. Raglan cut, predestined by its comfort, was primarly used for country  coats, loose and comfortable outer garments worn when in the countryside or hunting, paired with tweed jackets, cords and heavy brogue shoes. The most popular style among those was the balmacaan , a long garment for harsh weather, cut from thick woollens, always equipped with a high collar. 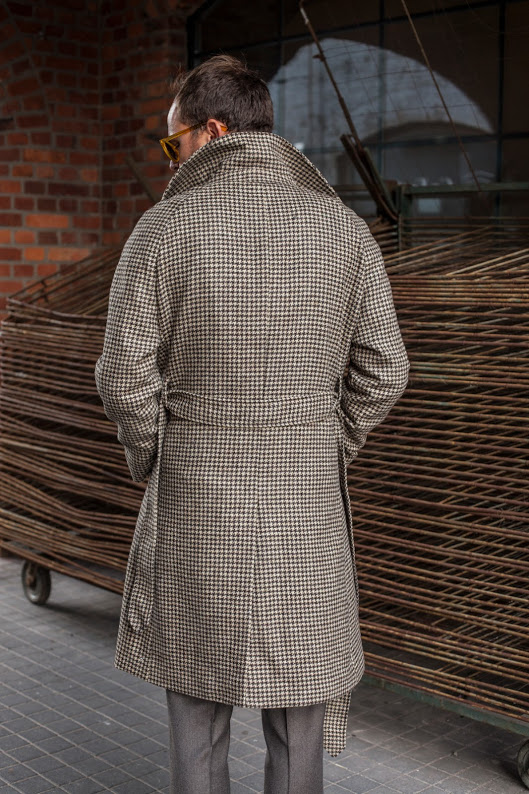 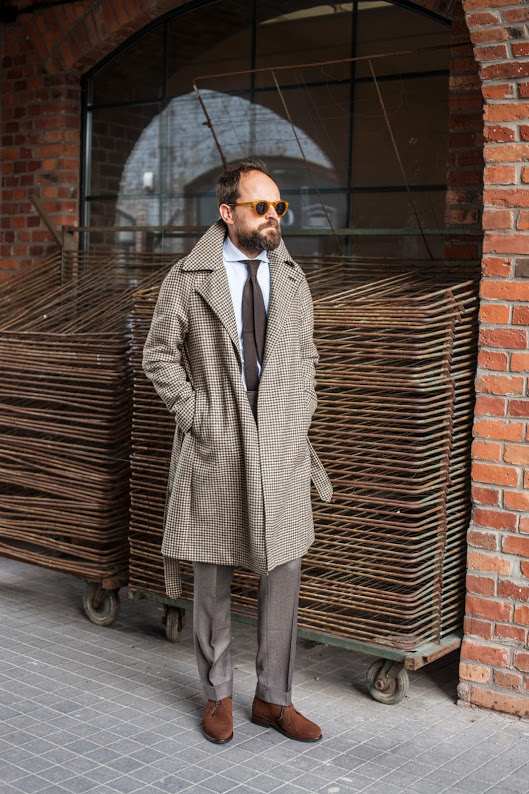 Fashion goes in cycles, some things become fashionable again, some lose their original cultural meaning, some acquire new. Now, in 21st century, when there is no longer a division beetween what is city  and what is country , old-fashioned rules like no brown in town  are forgotten and dad  or grandpa  style becomes a thing, raglan coats are finally back. Everyone has a place in wardrobe for a comfortable outer garment, warm, cosy and well-protecting, but also stylish and elegant. Nowadays a high collar may be needed to protect us from sudden wind blowns beetween skyscrapers, spacious pockets to help us warm our hands on a stroll and a raglan sleeve construction to comfortably hold a highly-placed bar on a subway train during rush hour. 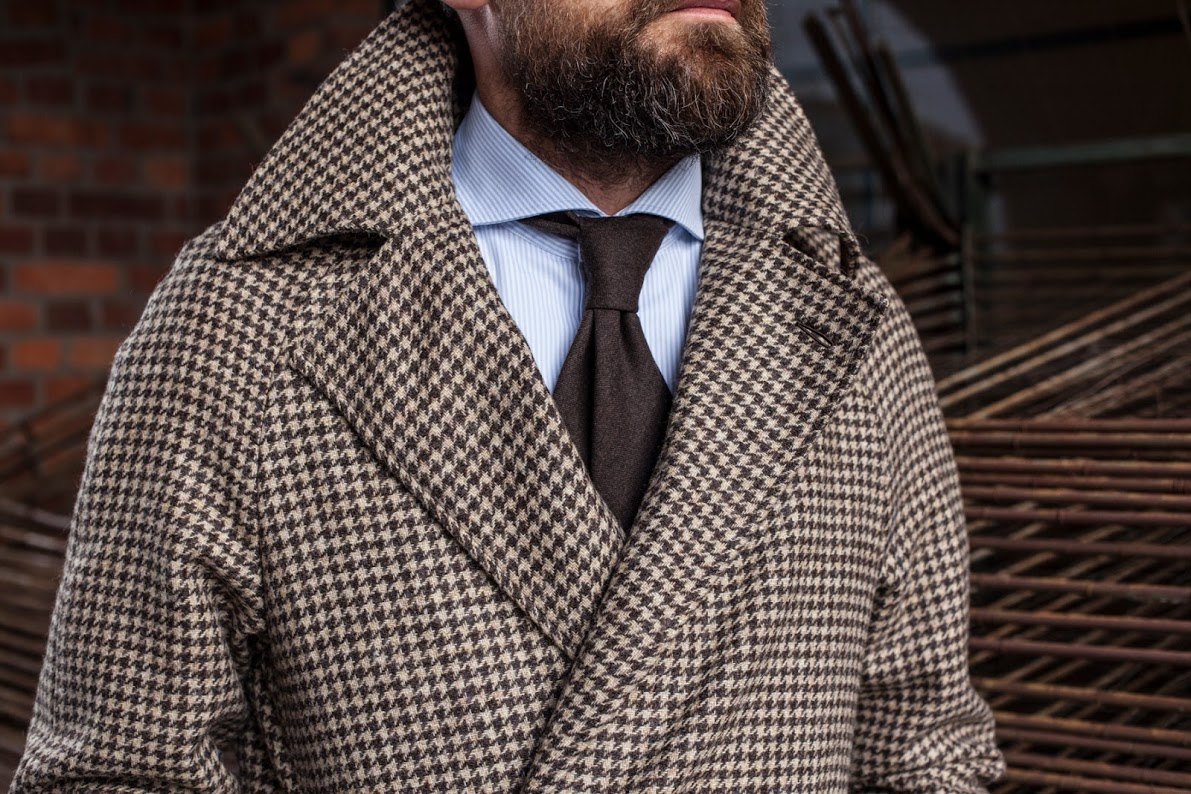 A modern version of a raglan coat in Poszetka's interpretation is rooted in the best menswear traditions. The cloth choice is clearly inspired by the balmacaan - it's the real british tweed form Abraham Moon & Sons, coarse and robust, ready to serve for years to come, weaved in the versatile brown houndstooth pattern. So are the other practical elements of the coat - proper length and the fabulous storm collar. The traditional closure - almost double breasted, but only tied with the belt, no buttons - which is both comfortable and flattering, comes from the traditional versions of the polo coat. Altogether it combines into a practical coat, suitable for the majority of colder months in the city conditions.

A good raglan coat will make us warm and cosy, being comfortable and stylish - isn't it just what everyone is expecting from the perfect outer garment? 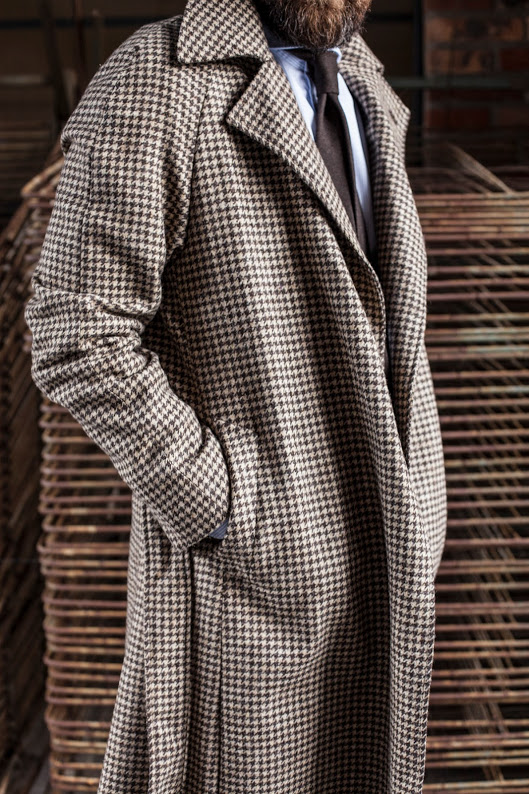 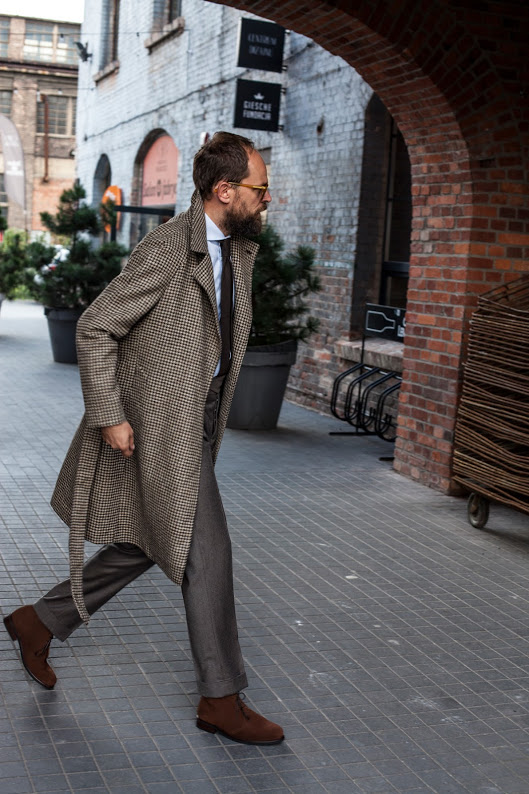 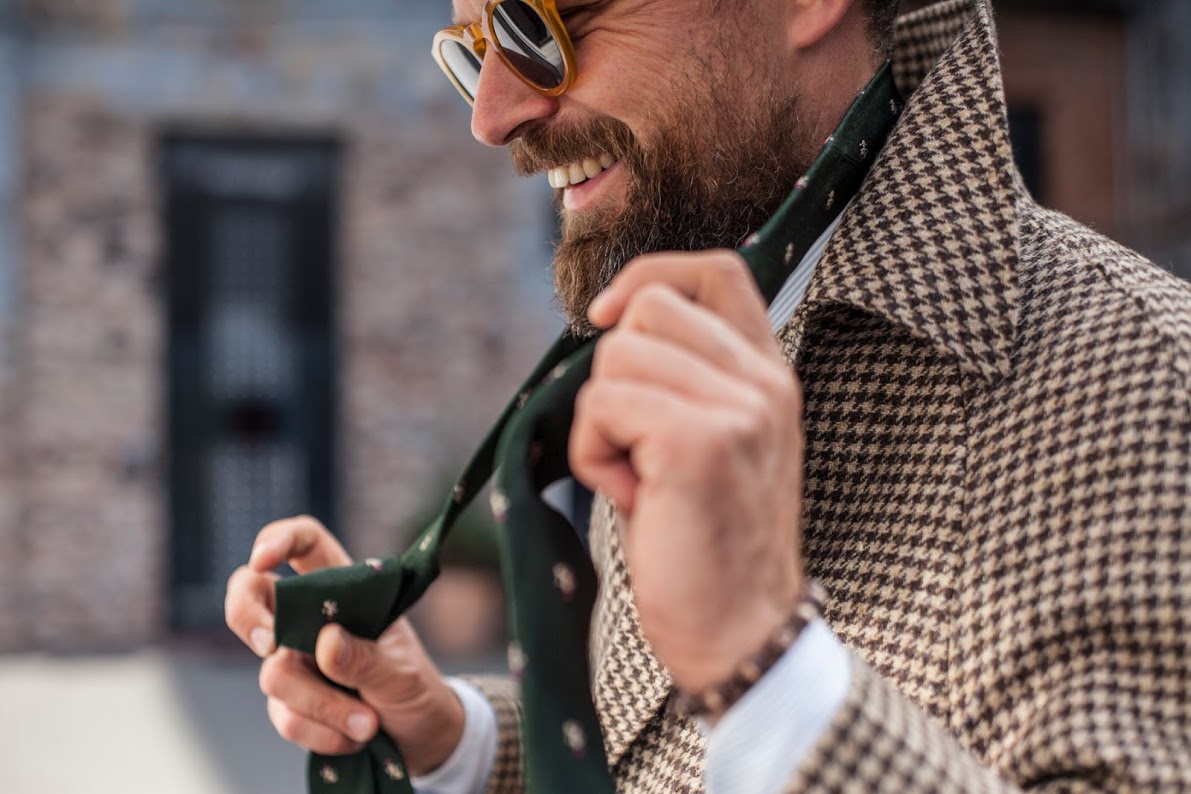 4.89 / 5.00 2334 reviews
IdoSell Trusted Reviews
2020-06-26
Beautiful garment, but poor quantity in sizes. Will buy again though!!!
2020-07-13
Great product & service. Thanks !
View all reviews (2334)
This page uses cookie files to provide its services in accordance to Cookies Usage Policy. You can determine conditions of storing or access to cookie files in your web browser.
Close