Popover shirt might be described as a hybrid between a classic shirt and a polo - it has a collar and cuffs of a former, but is only buttoned halfway down the front and has to be put on over one’s head as a latter. 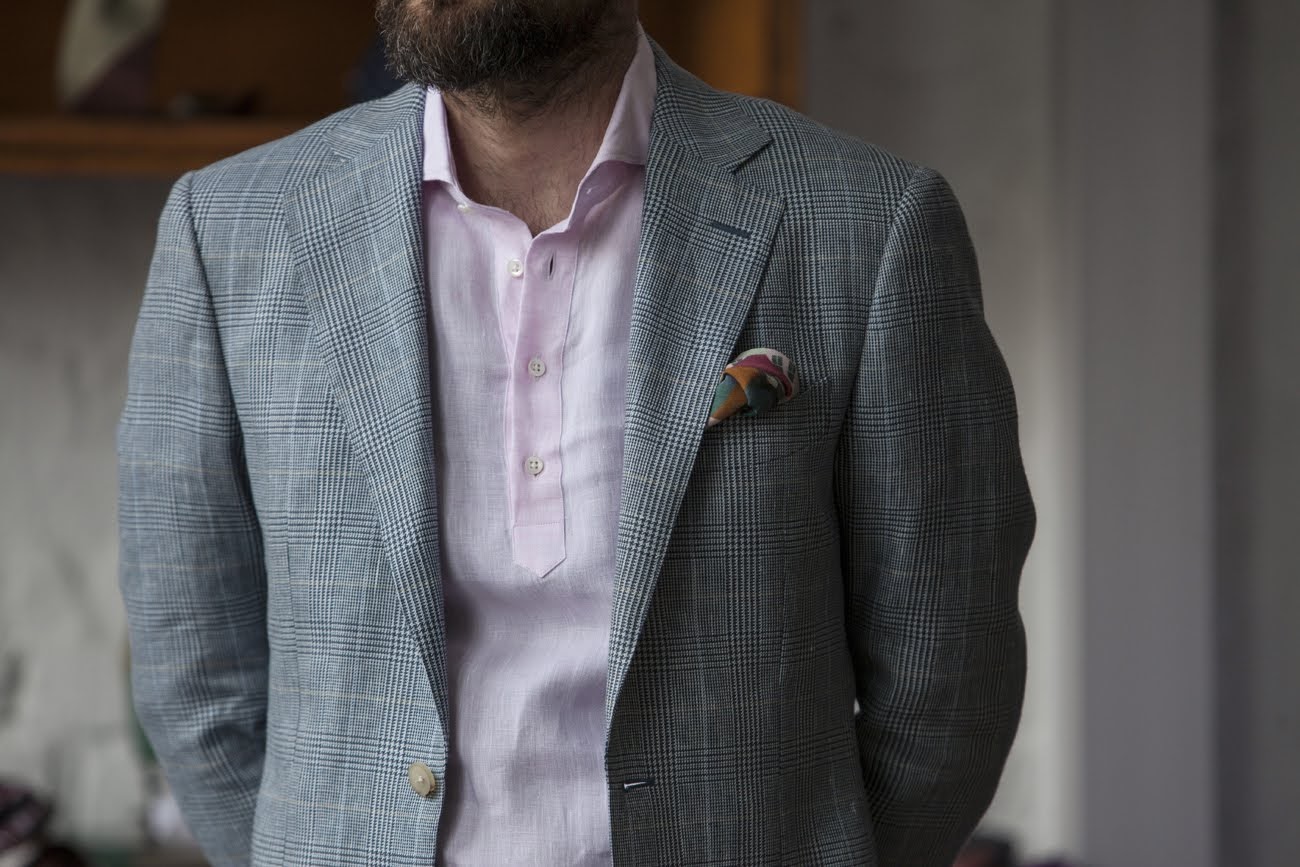 There’s no point in recalling the whole story behind this garment. It would be enough to say that it is older than a classic, buttoned-up shirt as we know it. Its roots could be traced back to a few centuries ago - and well, even a traditional “rubaszka” worn by eastern european peasants in 19th century could be called a popover using today’s terms... 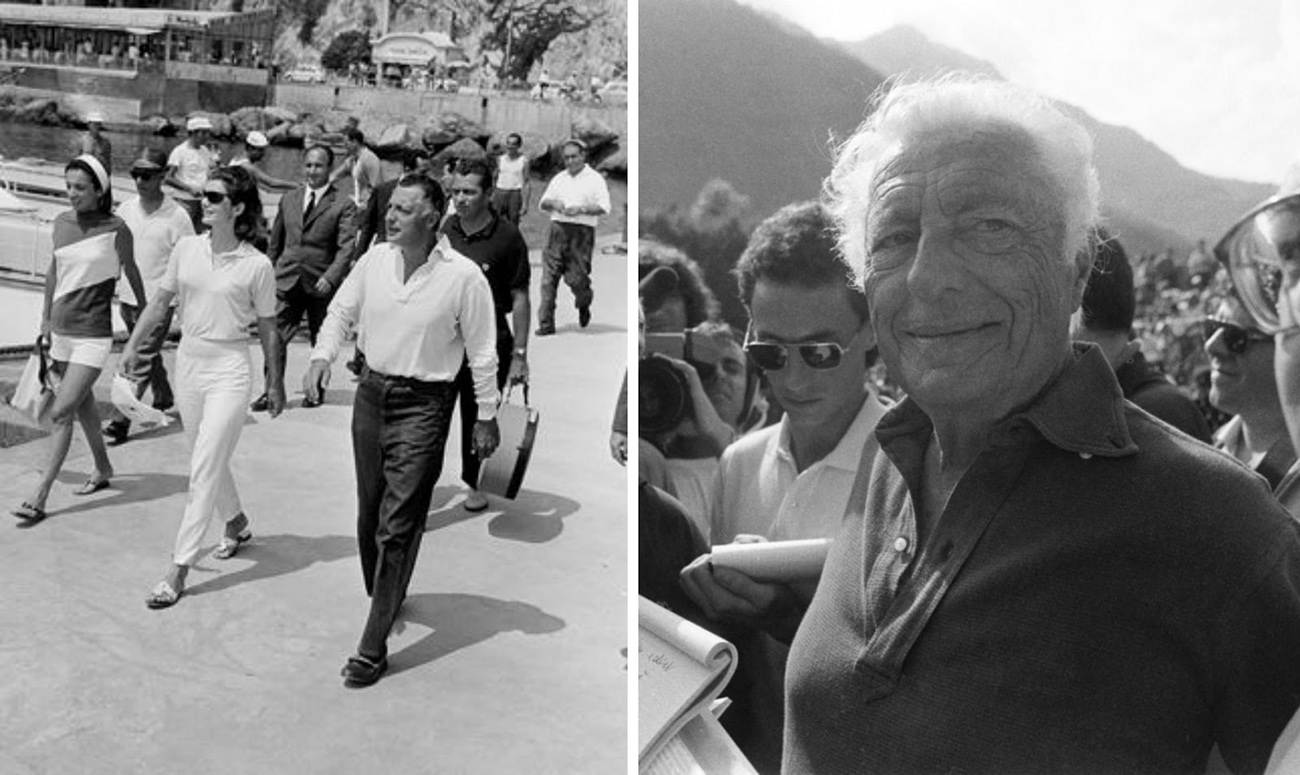 Although 20th century brought us some modern versions of the popover shirt, often worn by the world’s famous like Gianni Agnelli, the true rise of its popularity in the menswear world could be seen in the last few years, when its various forms just flooded the markets. From the informal, holiday-ready oversized version, often with a band collar, through jersey ones (basically a long-sleeve polos with a different details), to the ones that look exactly like a classic shirt, just with a different buttoning. Ones made from cotton pique, denim, light cotton canvas, linen, thin poplin. 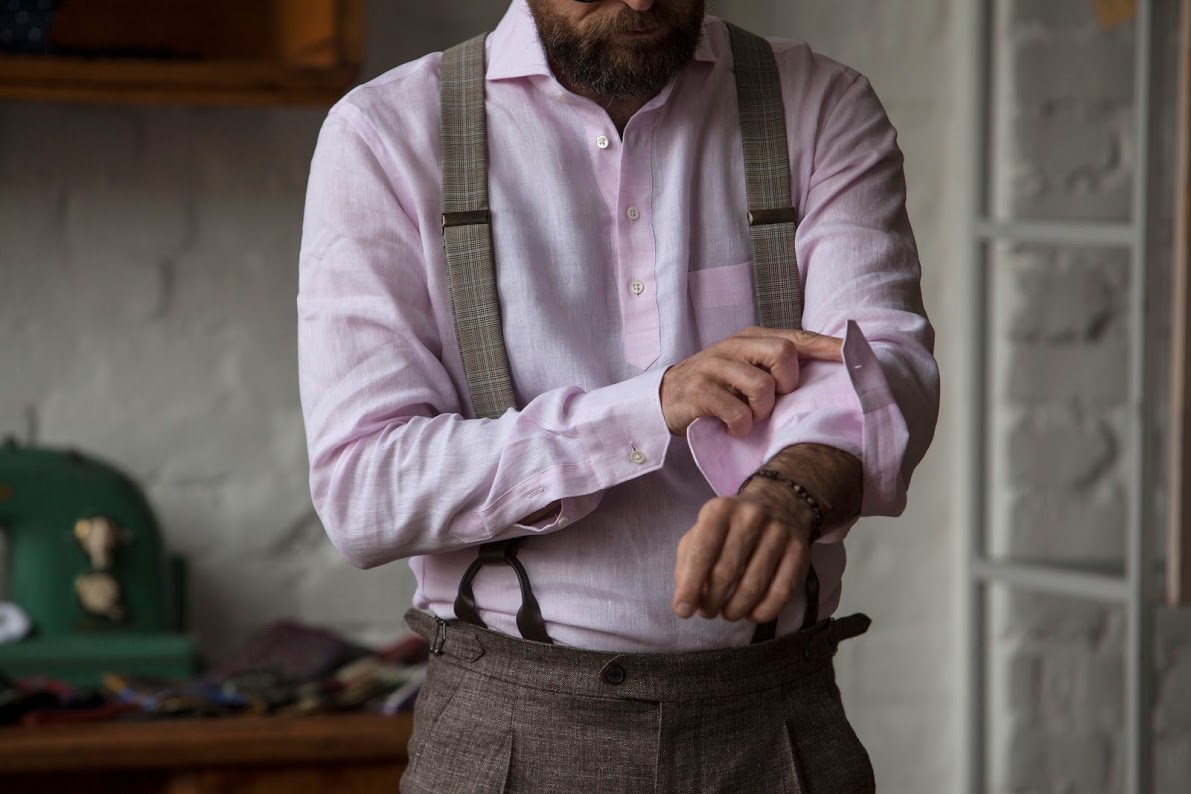 We also fell in love with popovers. They are just as comfy and easy as a polo shirt, but they sport our favourite shirt-like details: buttoned cuffs and a proper collar, not a flimsy substitute found in the short-sleeved polos found everywhere. That’s exactly where their charm lies. 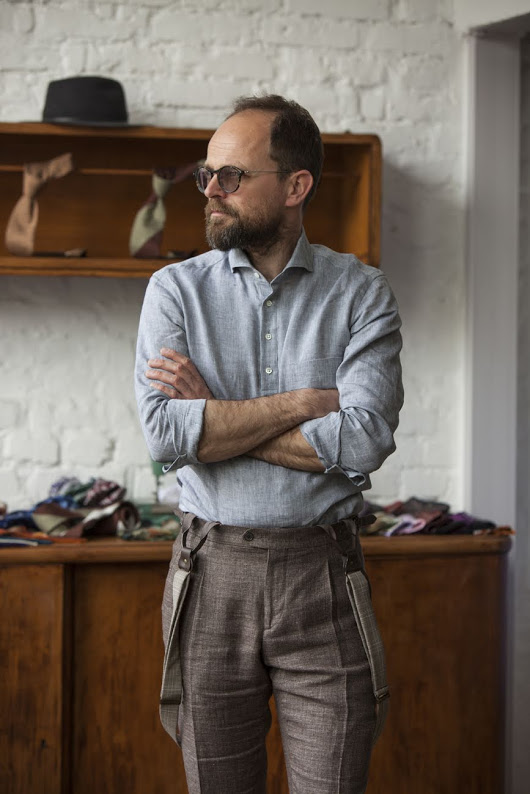 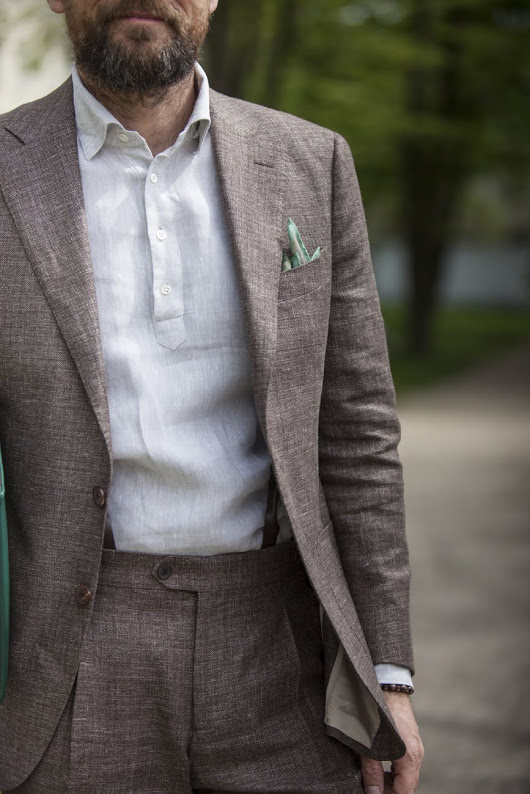 We like to wear them on holidays, at the parties, going out with friends, during lazy summer strolls - wherever we want to stay casual, but still look good and stay true to our sartorial selves. Sometimes, they also find their way under a sportcoat or a suit or end up being worn to office on a summer day. It’s the kind of in-between piece that suits today’s dressed-down world perfectly. It’s similar to the light, unpadded and unconstructed jackets - not form the world of casual, but can blend nicely in and doesn’t look too stuffy. 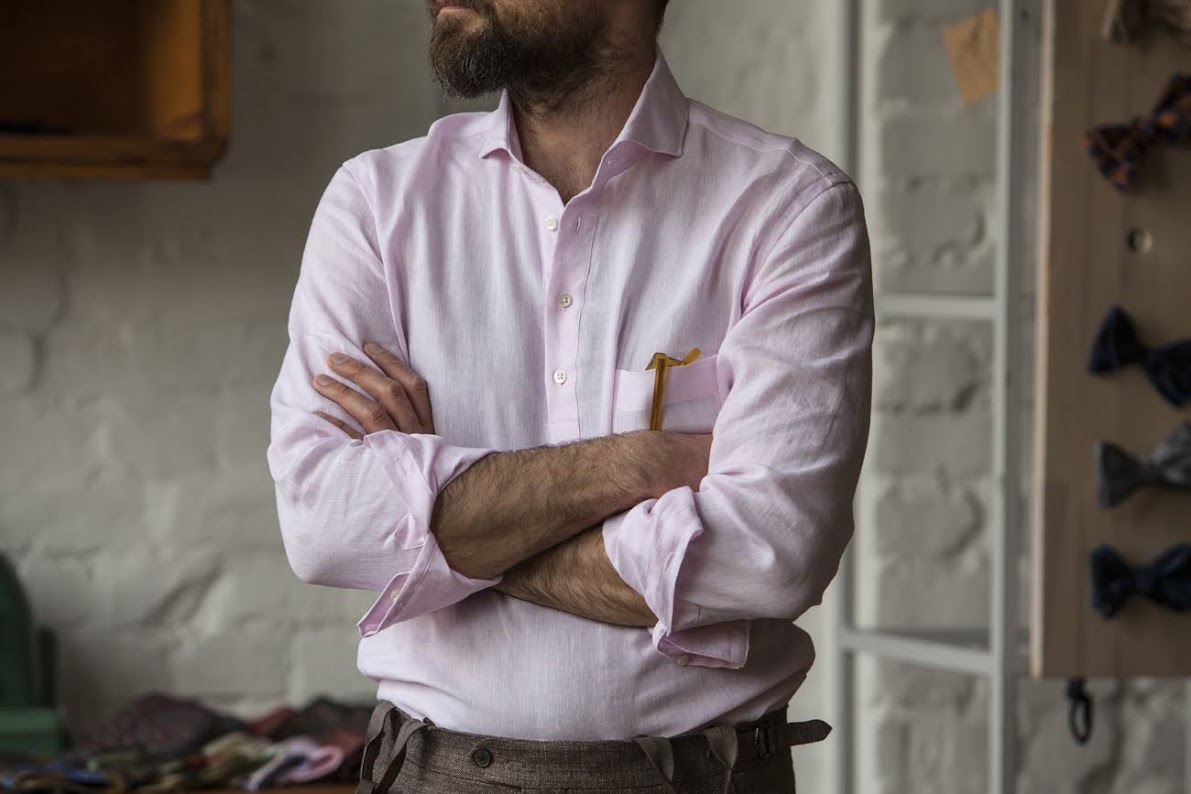 Linen popover is definitely our favourite. A typically summer cloth not only raises wearer’s comfort on the hottest of summer days (and arguably having a thin layer of linen on one’s skin might be even more comfortable than leaving it uncovered), but also matches the spirit of this garment. Slubby linen texture, muted colours with differently coloured threads and the way it rumples, not ordinarly creases - it all just remind of holidays, free time and lazy afternoons. It is not just another ordinary shirt in your wardrobe!

4.89 / 5.00 3303 reviews
IdoSell Trusted Reviews
2022-11-14
Very good
2022-10-16
Super pleasted
View all reviews (3303)
This page uses cookie files to provide its services in accordance to Cookies Usage Policy. You can determine conditions of storing or access to cookie files in your web browser.
Close